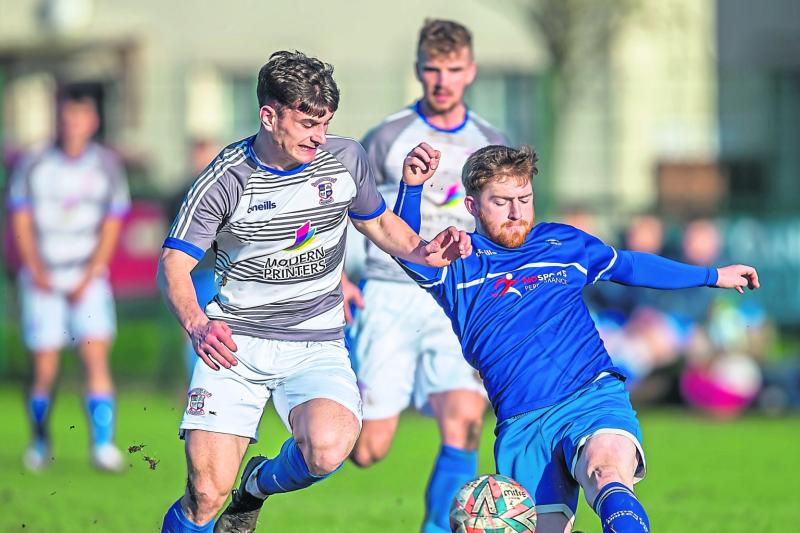 A Kilkenny teenager is getting ready to go on a footballing adventure.

Freebooters player Darren Lawlor is all set to swap the Marble City for Missouri as he prepares to head to the US to take up a prestigious football scholarship.

Having just sat his Leaving at the CBS, Lawlor will become a student-athlete at Drury University, which is located in Springfield, Missouri.

He will spend the next four years studying for a degree, combining his university studies alongside playing for the Drury University men’s team, nicknamed the Panthers, and training in a full-time environment.

Having joined Freebooters as a schoolboy, Lawlor’s game developed even further when he was part of the first Carlow Kilkenny team to play in the League of Ireland. He returned to ’Booters after a successful spell with the side. Since then he has gone from strength to strength, playing with the Junior A team in the Premier Division of the Kilkenny & District League, winning the Maher Shield. He was also a member of the club’s under-19 side who won League and Shield honours this season.

Lawlor’s scholarship has been gained through the assistant of SMUSA Scholarships. With over 20 years of experience in the college game, they have placed over 500 players in just under a decade.

Securing a scholarship through the assistance of SMUSA Scholarships, the teenager has worked hard to gain this opportunity of a lifetime.

“Having worked very closely with Darren and his family, we feel that he will transition very well in to the US system due to his style of play and physical stature, which is an area of the game in America that is very important,” said SMUSA Director Stephen Murray.

“Darren has played men’s football from a young age at Freebooters and has not looked out of place,” he added.

“With the introduction of full-time training and playing in America, Darren has every resource available to go on to the next level with the right attitude and application.

“We have very good links with a previous player of Drury University, Peter Higgins, a former team mate of Darren.

“He is now the Head Coach of the men’s soccer team at the university, which will make it a very comfortable adjustment where Darren will be well looked after.”

SMUSA will be heading to Campile United in August, which gives the chance for male players to start their American Scholarship journey.

In March they will take a group of male and female players across to Florida, giving them the chance to live the life of a student-athlete before they commit to a college or university in the USA.

This gives players the opportunity to play against top college teams, visit a wide-range of colleges and universities and experience what America has to offer.

SMUSA will hold Assessment Days in Galway this July, before the Campile fixture on August 9.

The organisation has had a number of success stories over the years, with players going on to have a hugely successful time in the US before progressing in the professional game with teams in America, Spain, Greece, England and Ireland.