A week in the life - at the Horizon Irish Open 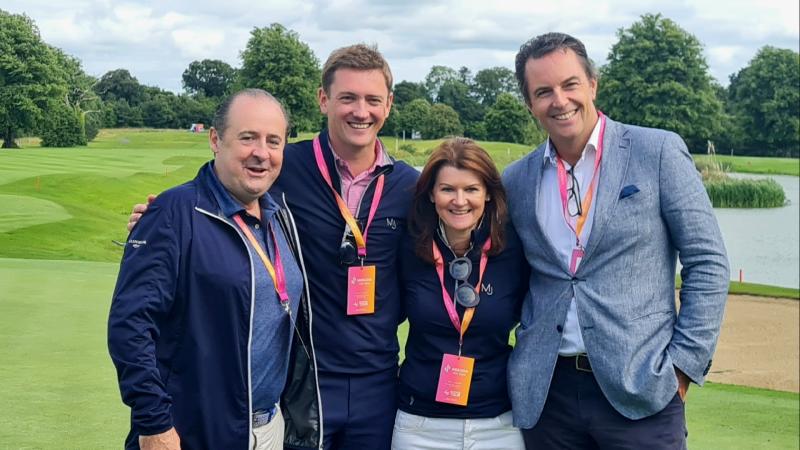 In the words of Simon Alliss, PGA European Tour’s Director, it was a ‘super sizzling week of sensational sport and fun.”

The Horizon Irish Open played the full field on and off the course all week at Mount Juliet Estate. Spectators and fans were entertained from start to after play. 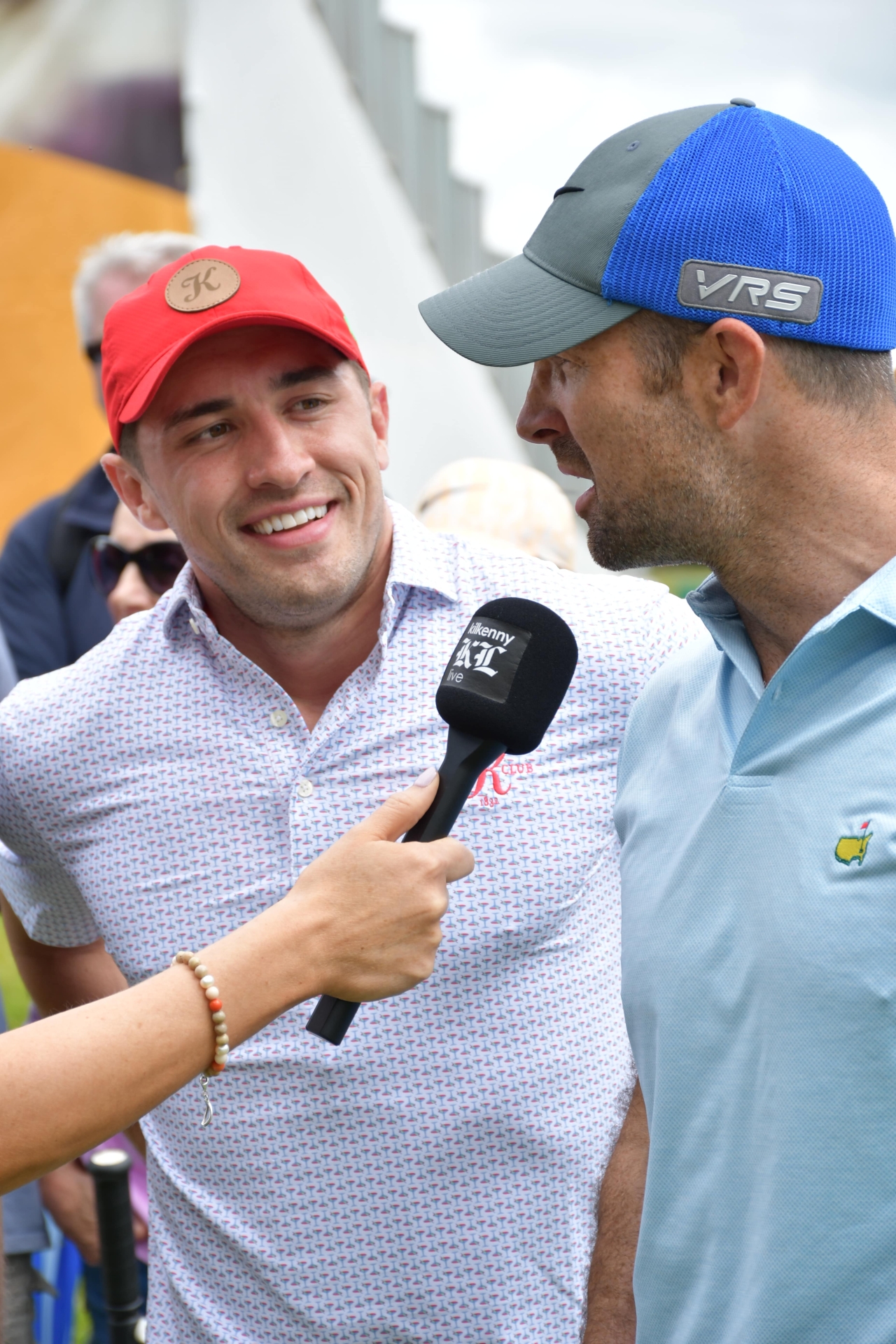 On Wednesday, the Kilkenny Live team started their week's coverage at the Pro-Am, and we interviewed many nervous celebrities, who were about to tee off with not just one, but two pros. 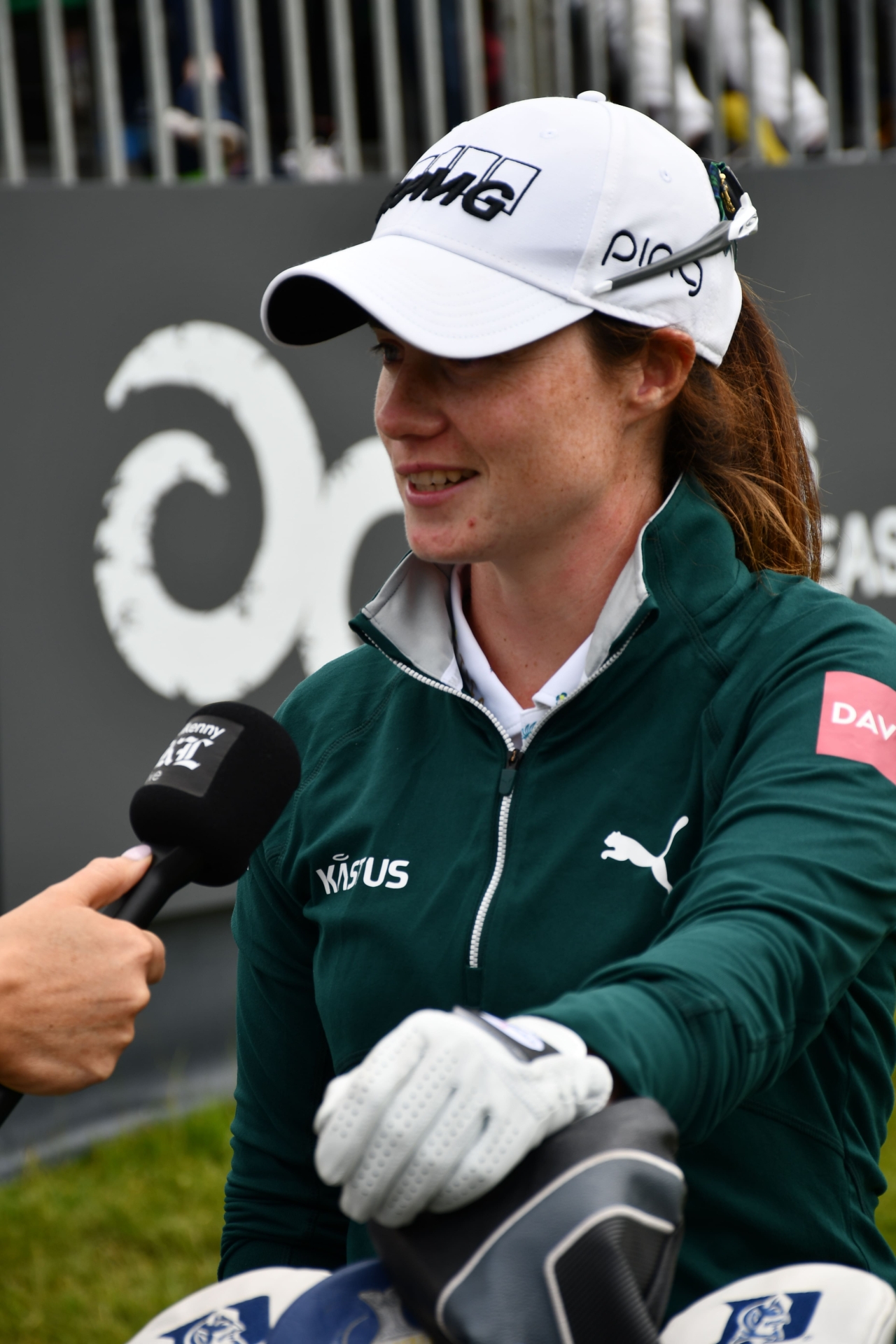 Golfer Leona Maguire at the Pro-Am

One player who was not nervous was 27-year-old Leona Maguire, who etched her name in golfing history earlier this year when she became the first Irishwoman to capture an LPGA Tour title, winning the LPGA Drive-On Championship by a three-stroke margin. Leona was joined by her sister Lisa, another terrific golfer and her caddy on the day. Leona impressed the crowds with her long drives off every tee and her lovely demeanour on the course.

The Championship Village featured a free concert at the end of play on Wednesday, Saturday and Sunday and the spectators loved it.  World-renowned band Toploader, had the crowds 'Dancing in the Moonlight' after Wednesday's Pro-Am. Followed by Limerick’s Hermitage Green on Saturday and YouTube sensation Ali Sherlock on Sunday. 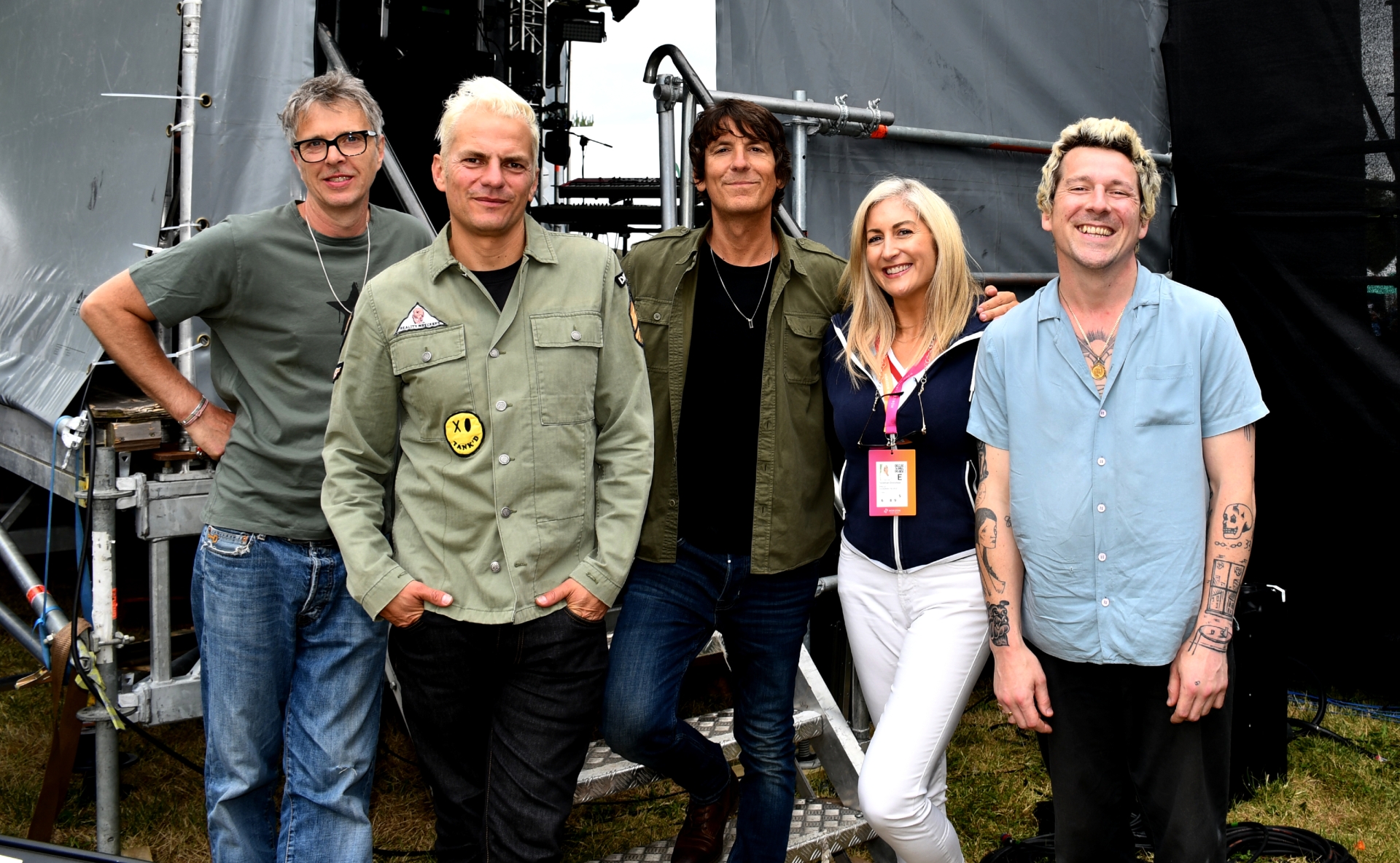 A huge fan of Toploader, I got to speak to the band's frontman Joe Washburn backstage, and asked if he is a golf fan: "I do play golf and I am a golf fan, but if I am any good at it? No."

"I don't get to play very often with the band back on the road. However, if we do stay anywhere near a golf course, I do try to get up early and hit a few balls. It's not going to impress anyone, let’s put it that way!

Their top hit 'Dancing in the Moonlight' is over 20 years old and just like Kate Bush 'Running up that hill', it too is having a revival on TikTok and Instagram with our teens.

"We are coming up to our 25th anniversary as a band, but that song never seems to go away. We love it to bits and when you play it live, it always gets a great reaction, and now we have a whole new generation of love for this song. It seems to have filtered down through the generations,” said Joe Washburn. 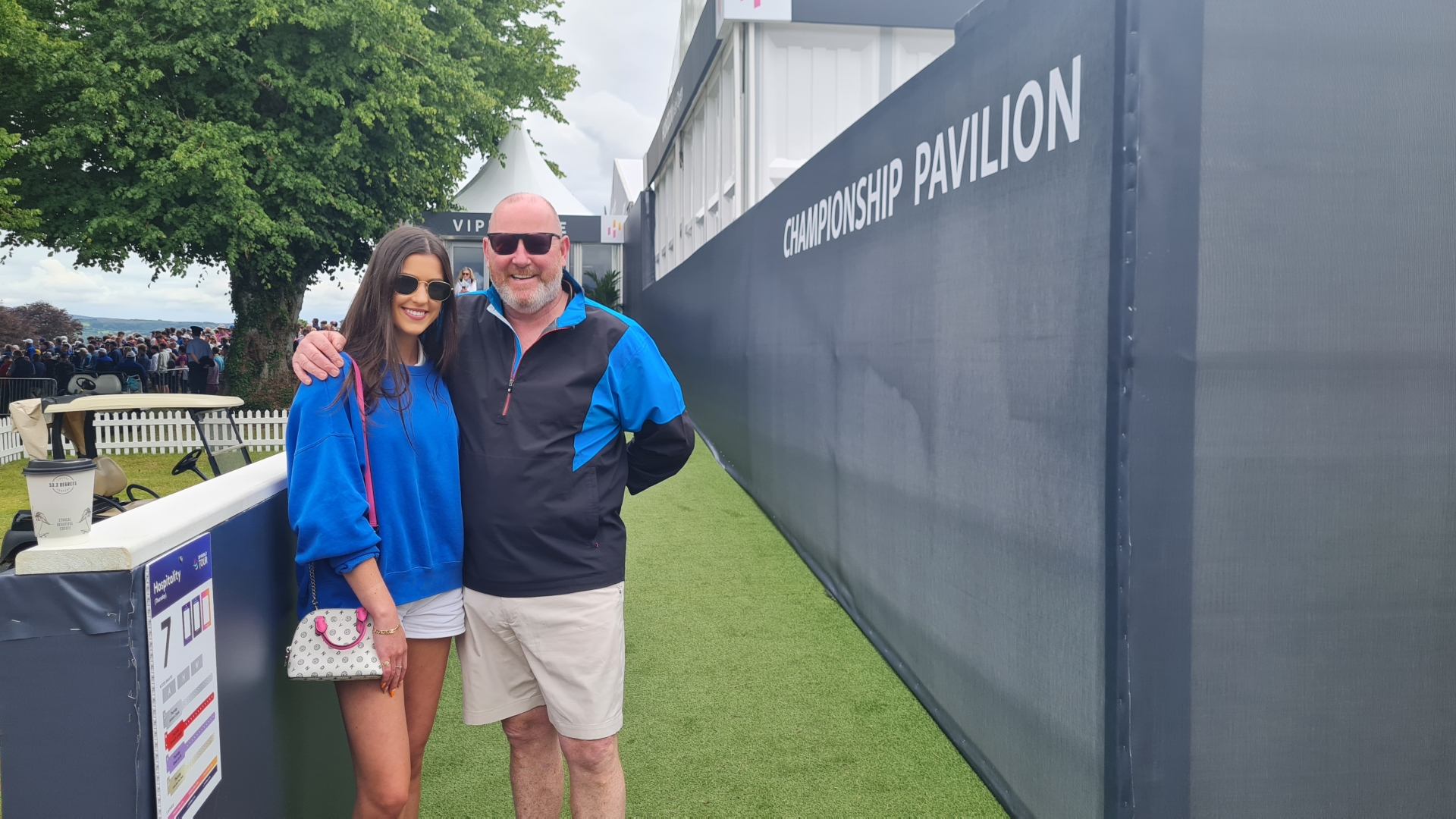 Straight back off the win at the Senior Tour, Padraig Harrington said “Even though I’m biased, I have to say that was an amazing tournament.”

“The Irish Open felt like it was back to its best days. The surging crowd support is why I love this game.” 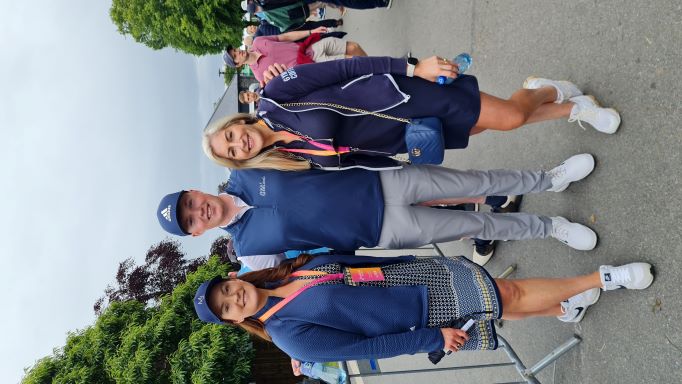 Kilkenny’s Mark Power said “it was one of the best experiences I’ve had this week at the Horizon Irish Open. The home support was incredible, and the crowd made it a week like no other.”

This year’s winning champion Adrian Meronk made history by being the first Polish winner on the DP World Tour. In his winning acceptance speech, he said, “this tournament was one of my favourites throughout the year.” Besides the fact of winning, he loved playing in the beautiful Mount Juliet Estate. 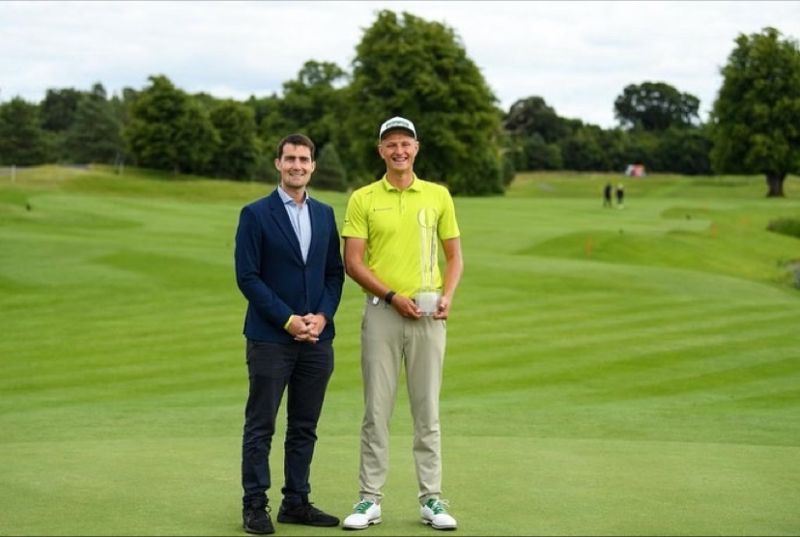 Minister of State for Sport, the Gaeltacht & Defence Jack Chambers

Minister for Sport, Jack Chambers said the event was great for tourism and sport to see the numbers back.

"After a positive win for Kilkenny in the hurling, it's lovely to cap it off with a great win from a great player and I wish continued success to the county.” 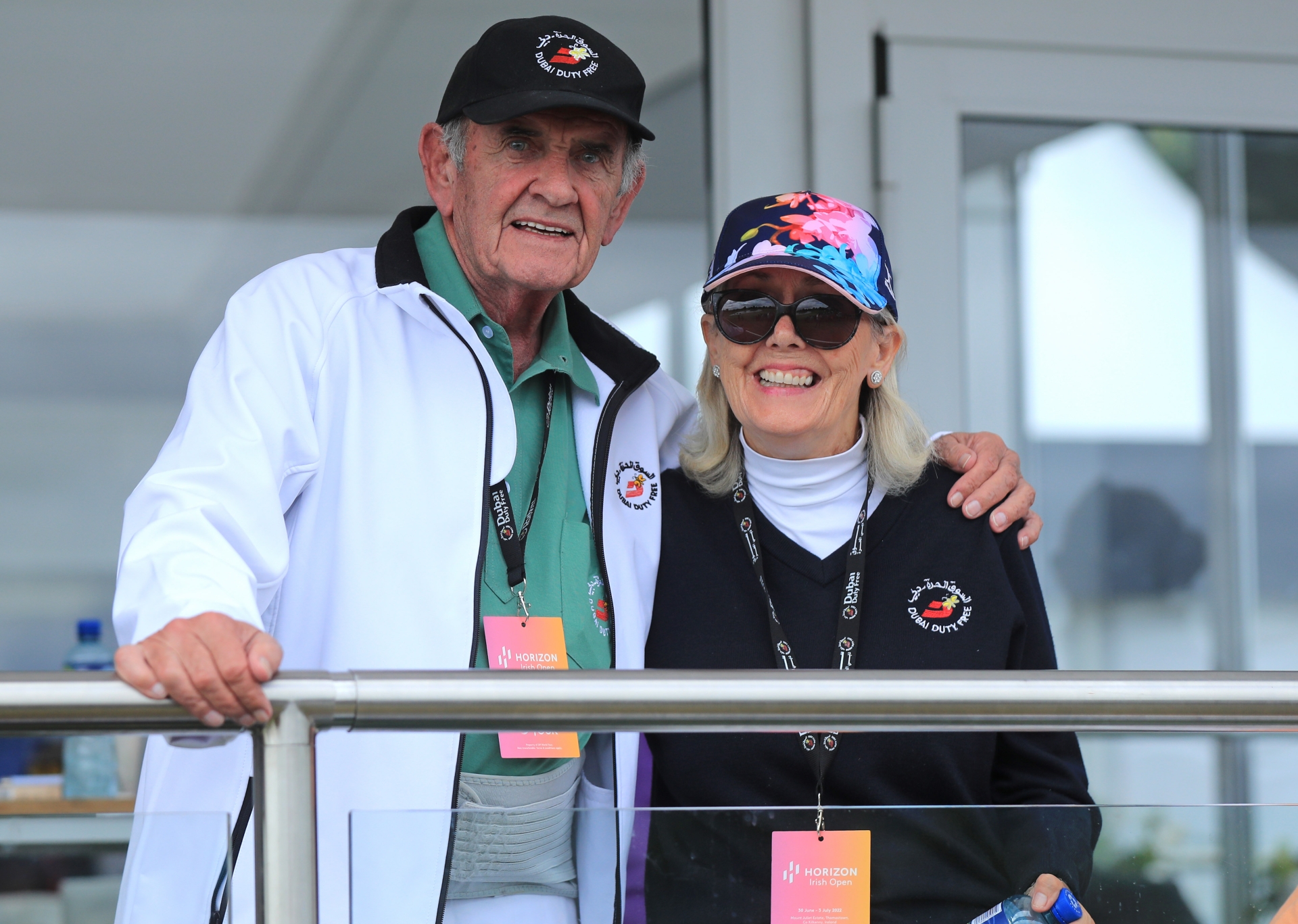 with his wife Breeda McLoughlin enjoying the golf

It was an honour to meet Galway man Colm McLoughlin, CEO and Vice Chairman of Dubai Duty Free. Dubai Duty Free as the title sponsor of the tour for the past seven years and remain significant sponsors and supporters of the event.

"We were delighted to support the Irish Open when we did, at the beginning it was failing a little bit. We got together with Rory McIlroy and he acted as our host. During these seven years Rory got a win on one occasion, John Rahm on two and Soren Kjeldsen was our first winner,” said Colm McLoughlin.

Dr Una May, the new CEO of Sport Ireland expressed how impressed she was with the golf played in Kilkenny.

“We loved seeing our upcoming golfers that have come through the academy play here and Niall Kearney made the cut, so it’s been brilliant to watch.”

“It’s really important to us that Sport Ireland supports both the men’s and the women’s tours, so we are looking forward to the Women’s Irish Open coming back and Dromoland Castle will be an amazing location in September.”

Dr May is going to be a busy lady this September as she is also coming back to Kilkenny for the Rás na mBan.

“Rás na mBan is the biggest women’s only staged race in Ireland. There’s a new format this year and with our involvement we are hoping to extend activities for families and children on the day.”

One of the owners of Mount Juliet Estate, Damian Gaffney said: “This is year is the relief valve for everyone after last year and the restrictions around Covid." 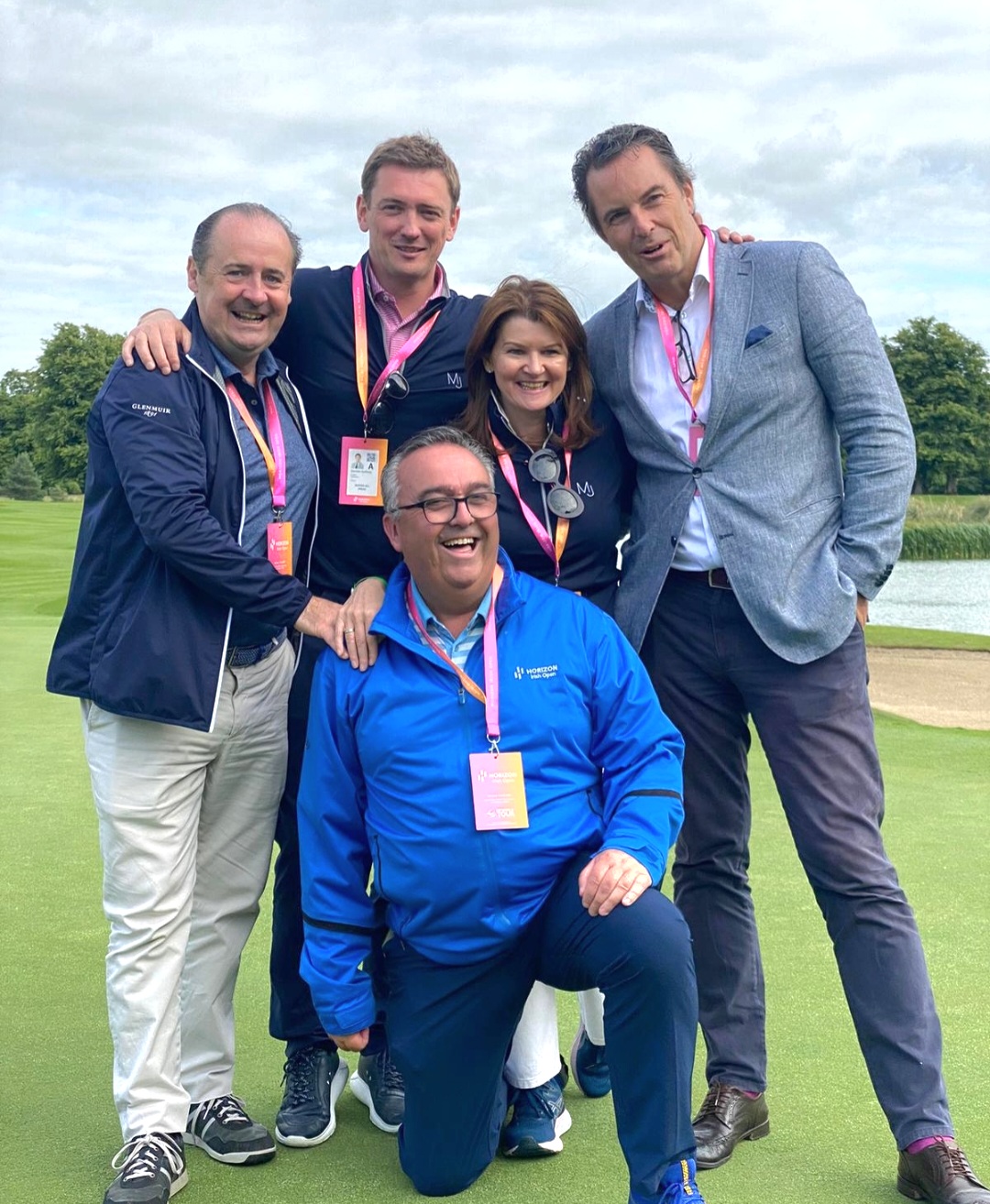 "There’s live music every evening and loads of activations for the kids, so it’s a real family affair and then you have the stalwart golfer who is here every morning from 7.30am, so there’s something for everybody.”

When asked if he would like to see the Irish Open back in Mount Juliet again, he said “this year has been brilliant, so there’s no reason why we wouldn’t take it back again.”

In his final speech, Tour Director Simon Alliss, thanked the Head Groundskeeper Martin Lehane and his team for an exceptional course again this year. Afterwards he told me that the volunteers from Kilkenny were extraordinary and went above and beyond all week.