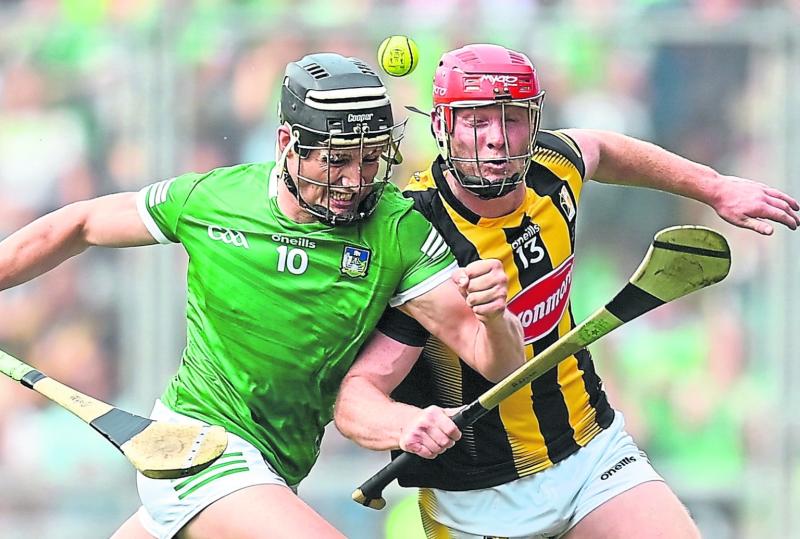 MAIN MAN
Gearoid Hegarty (Limerick)
The Limerick wing forward produced one of the great All-Ireland final performances as he scored 1-5 from play and after scoring 2-2 in last year’s decider it showed what a big game player he is. Kilkenny very much died on their shield though and while the defeat will be tough to take, the likes of TJ Reid, Huw Lawlor, Billy Ryan and Martin Keoghan all brought the challenge to the champions.

TURNING POINT
When Richie Hogan equalised with a superb point in the 64th minute, it looked as if Kilkenny may dig out the victory but the Limerick response was emphatic as they knocked over the following five points with Kyle Hayes, Aaron Gillane, Gearoid Hegarty, Conor Boylan and Cathal O’Neill all finding the target.

TALKING POINT
While Kilkenny’s wait for an All-Ireland title goes on, there can be no qualms about the performance of Brian Cody’s team. Remarkably the Kilkenny final total of 2-26 ranks as the highest score to be beaten in an All-Ireland final and in a sense that tells its own story.

WHAT NOW?
It’s a third title on the trot for Limerick and a fourth All-Ireland in five years and this was possibly their best win while Kilkenny must go away and lick their wounds before the beginning of the club championship.