Back from abroad- Malone ready to take big chance 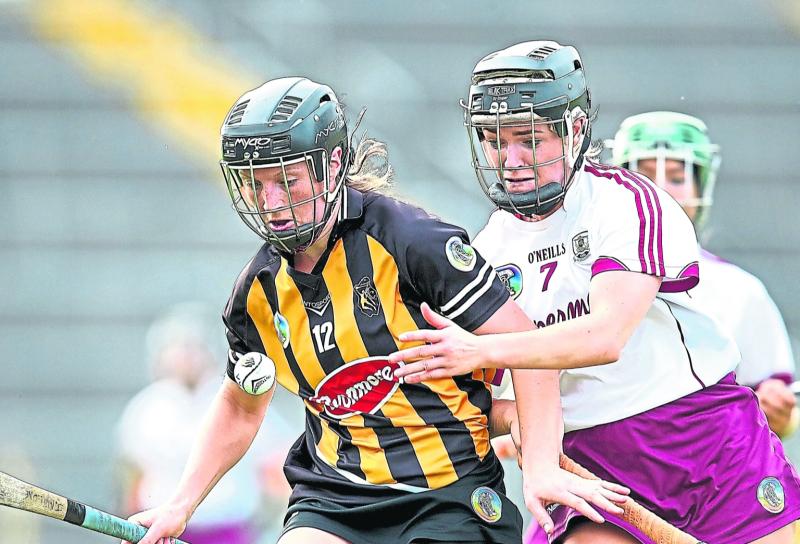 It’s been an action packed couple of years for Mullinavat’s Julianne Malone .

Back in 2016, the Kilkenny star won an All-Ireland title in her debut intercounty season and she also picked up an All-Star at the end of the year.

The talented forward played with the Cats for another two years before making the decision to emigrate to Australia.

Malone has since returned from Down Under and she outlined her reason why.

“I was enjoying life in Australia but I suppose family commitments brought me home,” she said. “My brother and sister were having children and my brother was getting married too. Throw covid into the mix and that kind of confirmed my decision because the holiday visa I was on meant if I left the country I wasn’t going to get back out.”

The 27-year-old nurse returned to the Kilkenny squad at the beginning of the year and she’s even exceeded her own expectations over the course of the championship season thus far.

“I was delighted when Brian Dowling texted me to ask me to come back in to the Kilkenny squad,” she said. “I’m delighted to be on the starting team at the moment as it probably wasn’t an expectation when I came back in.

“I was thinking this year I would maybe build myself up with a bit of game time and then break onto the team next year, but I’m delighted at the same time.

“I didn’t have to think twice about coming back in as I was well ready to come back and give it my full commitment,” she said.

Malone has rejoined a much different squad to the one she left four years ago but she’s full of praise for the new talent emerging in Kilkenny.

“You are probably coming in expecting to see the same faces that were here when you left but girls have moved on with their own lives and unfortunately others are injured at the moment, even if they are still around.

“There’s a lot of new girls in the team and it’s great to see the fresh faces. They are all really good hurlers that are well able to hurl so it’s great as they are bringing on Kilkenny camogie even more.”

While the future looks bright for the Cats, Malone is firmly living in the present with her four point tally in the semi-final win over Galway illustrating that.

“I probably had one of my better days in the semi-final and I’m kind of putting that down to just going out and throwing off the shackles as I’ve nothing to lose and I’ve nothing to prove to anyone so I just give it my all,” she said.

“I don’t put huge expectations on myself so I just give it everything when I’m on the pitch and I’m just delighted to be back involved.”