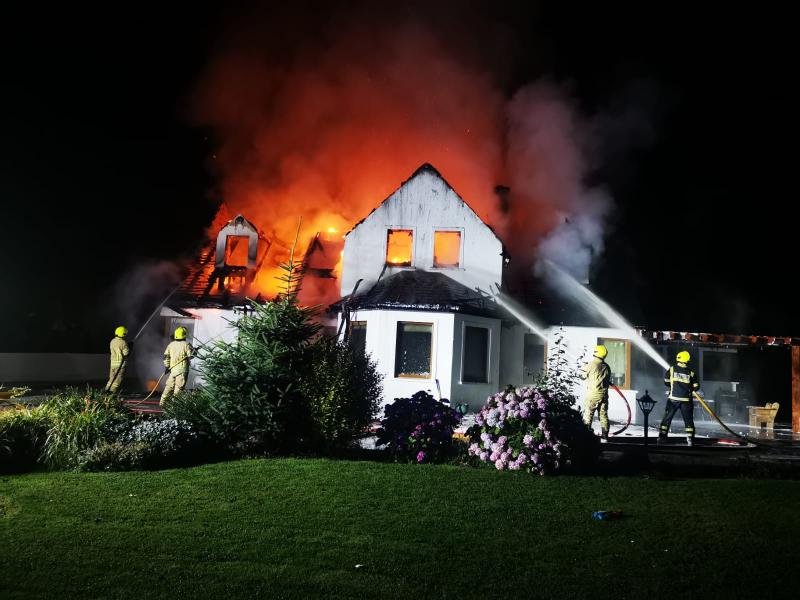 The scene of the house fire near Mullinavat

A Kilkenny family have been overwhelmed by the huge support the local community has shown them after they lost their home in a horror blaze.

The family, living near Mullinavat, made it out of the house just minutes before the fire tore through and destroyed the building in the early hours of Thursday morning.

Derek and Deirdre Keneally were woken at 1.30am by screams of their 11-year-old daughter Anna who had heard a bang and looked out the window the see the garage on fire.

“My daughter and her friend were having a sleepover. Myself and my wife were going to bed around midnight and we popped our heads in to say goodnight and told them not to stay up too late chatting,” Derek told the Kilkenny People.

“At around 1.30am the girls heard crashing and banging noises and they didn’t know where they were coming from. Anna looked out the window and saw the garage in flames and let out a roar.

“I ran down to the garage and grabbed the dog from his run and shouted at everyone to get out of the house,” he said.

“They all got out of the house straight away and I rang the fire brigade and told them the garage was on fire and that I had huge concerns for the house as it was 14 feet from the garage.

“My wife got the lads into the car and down to my parents’ house. They live a kilometre away and my dad came back up to me at the house. In the space of five minutes the house was on fire and had ignited the roof which was in flames.

“I rang the fire brigade again and was told that a crew was en route. They arrived just before 2am and stayed until 7am. There were crews from Waterford and Thomastown and a crew had to come out again on Thursday evening as there was a secondary fire.

“I spoke with the fire investigator and he identified where the fire started, which was where the water pump was located, it looks like it was an electrical fire,” added Derek. 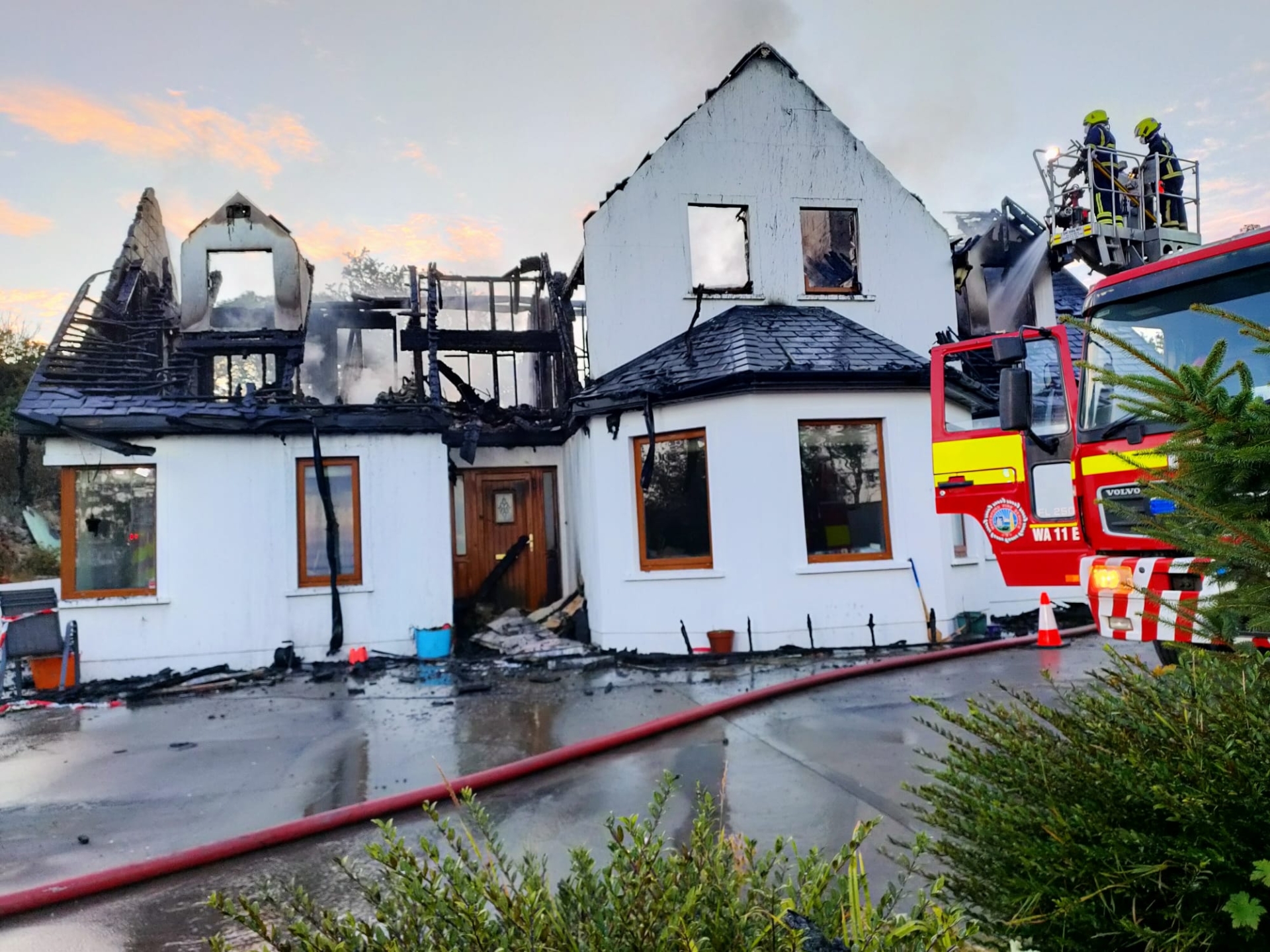 Derek and Deirdre are very aware of how lucky the family was to escape the blaze but they find themselves in a very tough situation as their home insurance had lapsed recently and they still have a mortgage to pay on their home.

“The home insurance expired a month ago and I put it on the long finger as there were other bills coming in,” said Derek.

“We are very grateful to be still here and to be able to tell our story. I am speaking out because I want to highlight what has happened to us and in doing so help prevent it from happening to anyone else. I also want to highlight how important it is for people to check their water pumps and that they function properly.”

“I am really feeling emotional about all the support our community has shown - people have been donating clothes and doing so much. It has been phenomenal.

“The two boys play with the local GAA club and on Thursday Oisin had an under-sevens match. All his gear had been lost in the fire but within hours of the fire new boots and hurls were lined up. The ability to give the children a little bit of normality during this time has been incredible and we can’t thank people enough for their support.”

A fundraiser has been set up for the family by Mullinavat GAA and Camogie Clubs to support the family. To date over €70,000 has been raised.

“So, we in Mullinavat GAA and Camogie Clubs, with your help, are hoping to improve their situation,” a club spokesperson said.

“We know the family have been blown away by the help and support they have received over the past few days from neighbours and friends. These offers of help and support spurred us to set up a GoFundMe fundraising page in the hope they can start to rebuild their lives

To donate go to https://gf.me/v/c/x6c9/mullinavat-house-fire-support-fund