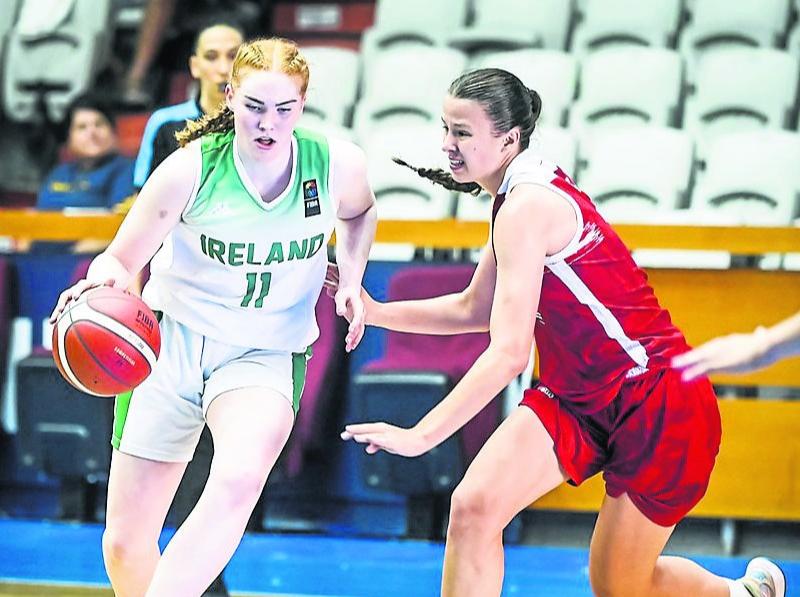 A star show from Lucy Coogan helepd the Ireland under-18 women’s team get the better of a tough Luxembourg side to secure a ninth place finish at the FIBA European Championship in Bulgaria.

The Kilkenny Stars player ended a solid European adventure by top scoring for Ireland in their last game, helping herself to 15 points.

After narrowly missing out on a spot in the quarter-final, Tommy O’Mahony’s side picked themselves up and won the remainder of their games in the classification phase, completing their campaign with a 5&2 record.

Their final game, which saw Ireland record a 70-66 win, was one of their best performances.

Trailing by six after the first half Ireland stepped up their game for the remainder of the tie. Going to the bench proved profitable, Ireland getting 17 points from there in comparison to Luxembourg’s seven.

While Luxembourg led for 28 minutes of the game, Ireland stepped up when needed. Niamh Tolan and Amy Duggan kept the scoreboard ticking over with six and nine points, respectively, as the gap was bridged to two.

A fast start to the last period had Ireland in the ascendancy and up by four after a few minutes. Top performer Lucy Coogan once again showed her class with 15 points and 12 rebounds. Sarah Hickey equalled her tally of 15 points - making her the second top scorer in the whole tournament.

Maria Kealy was also to the fore in a great performance once again, finishing on eight of her own to mark off a fruitful tournament, playing more minutes than any other player in Sofia - 256 minutes from seven games, a crucial cog in the team.

Ireland ended up having just enough to get over the line and secure the ninth place finish, much to the delight of their head coach.

Having returned home, Coogan hopes to continue her basketball journey in America. She will take up a scholarship at Caldwell University New Jersey, starting in September.