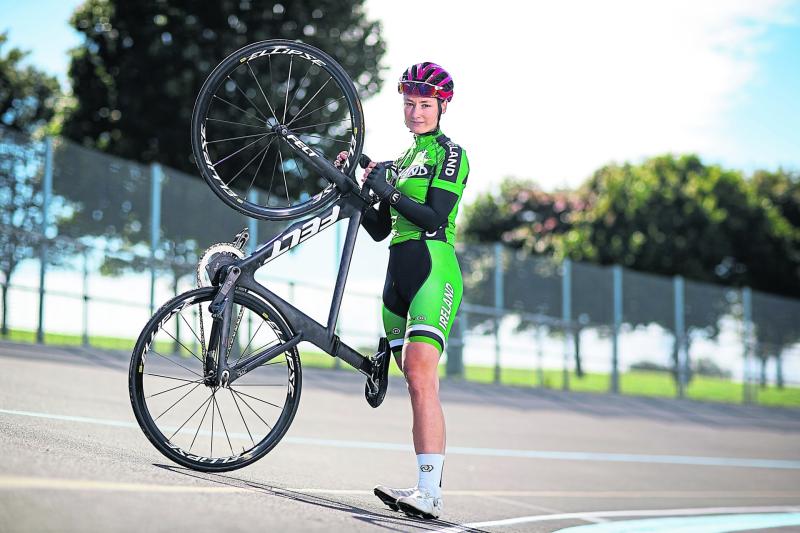 Two of Kilkenny’s leading sportswomen will have an international focus this week on two very different stages.

Cliodhna Manning and Mia Griffin will don the green of Ireland for the European Championships in Germany. Manning has been named in the Athletics Ireland team to compete on the track, while Griffin is part of the Cycling Ireland contingent who will represent the country at the games.

Manning, who was part of the Irish team at the Tokyo Olympics, is part of a 35-strong team heading to Munich later this month.

The Kilkenny City Harriers athlete has been selected for the 4x400m relay, where she will team up with Sophie Becker, Phil Healy, Rhasidat Adeleke, Sharlene Mawdsley and Rosin Harrison.

Manning impressed at the Irish Life Health National Senior Track and Field Championships in June, finishing third in the 400m at Morton Stadium behind Becker and Manning.

It was a welcome return to form for Manning, who has bounced back from a difficult winter which hampered her training. She was also in superb form at the Flanders Cup in Belgium in July, where she finished second in the 400m. Her time of 52.60 was the second time she improved her personal best in a matter of weeks, having knocked .12 of a second off her best at the Cork City Sports event.

Griffin is part of a 15-strong Irish team which will represent the country on the road, in the velodrome and, for the first time, on the BMX Freestyle Park.

The Glenmore native will team up with Irish champion Alice Sharpe for the women’s road race. Having won bronze with Sharpe at the UCI Track Nations Cup in Canada this year Griffin has also impressed on the road with a top-10 finish on the final stage of Baloise Ladies Tour in recent weeks. She also finished second, behind Sharpe, in the Nationals.

The Championships will started yesterday and run until August 21.