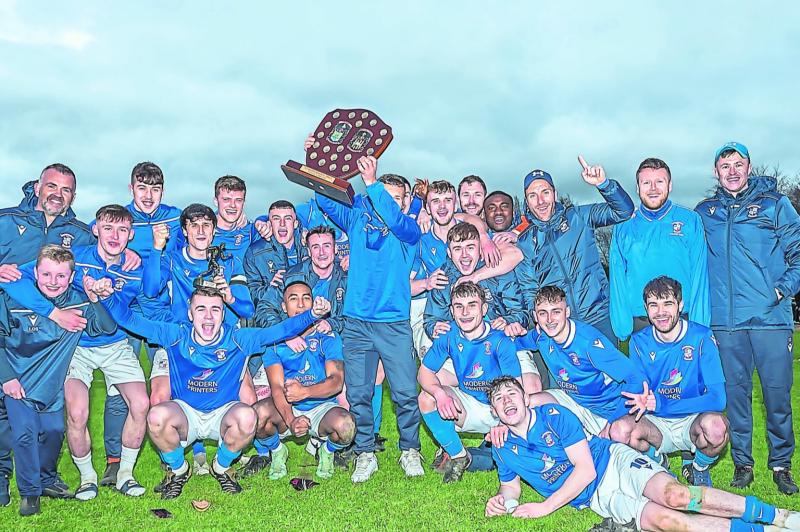 The 2022/23 Kilkenny & District League campaign kicks off this weekend with the opening round of the Maher Shield.
The league-wide competition will herald the start of what every club hopes will be a successful adventure.

Reigning champions Freebooters will start the defence of their title with an away day against city rivals Evergreen.

Having beaten Thomastown United to lift the spoils earlier this year, the Blues will be hoping to still have the title in their grasp by Sunday evening, but face a tough task going up against the league and McCalmont Cup champions. Interestingly, should they win on Sunday they will face Thomastown in round two!

The competition continues with the second round of games on Wednesday next (August 24), before the real business of the league begins. The opening games of the Premier Division are on Sunday, August 28, with three top flight fixtures down for decision. Last year’s Division One champions Fort Rangers welcome Evergreen to Raheenduff. Other games in the seven-team division see Callan United hosting Thomastown United while Bridge United are at home to Freebooters. Clover United are also in the Premier Division.

The League’s remaining divisions will begin in September.