Plough on with Kilkenny's Brian Ireland

Danesfort's Brian Ireland is this year’s coach to the Irish Team who will represent the country in the World Ploughing Contest.

Ireland's best will be in action from September 20 to 22, at the National Ploughing Championships in Ratheniska, Co. Laois.

Brian will also be competing on a national level in the Reversible Plough Class, a class that he has won previously at the National Ploughing Championships, which were held behind closed doors in 2019.

chatting to Brian Ireland about his win in 2016

The World Ploughing Contest was supposed to be held in Russia this year, but that was called off in March. The World Ploughing Association asked if another country would take it on, and the Irish contingent obliged with a very short time frame to turn it around.

One of 14 children, Brian's parents are Mary and Billy Ireland. Many will know Brian’s father, Billy Ireland from his days as a Fine Gael Councillor where he served for over 36 years.

In typical farming style, when I visited Brian's home for this week's Day in the Life, I didn’t go home empty-handed. His parents gave me a delicious box of the finest tomatoes I have ever tasted, homegrown in their garden. It was just heartwarming to leave with.

Brian and I go way back too. Growing up on a farm meant there was always fierce excitement around harvest and silage season. Brian was 16 years of age when he started working with Hennessey Contractors and it was always a great day when the weather was fine enough to cut the silage. Followed by the lads from Hennessey Contractors arriving with machines you would only see in America.

Our job growing up was to keep the contractors fed and watered, so that they could work the long hours to bring in the silage. The lads were the Kilkenny hurlers of the time, with every farmhouse in a frenzy to feed the Hennessy’s crew!

Brian loved the land and tractors from an early age. He perfected the art of ploughing at age 18 when he won his very first competition.

Speaking to Anna May McHugh, Managing Director of NPC, in last week’s Day in the Life; she told how valuable Brian and the Irelands have been to ploughing matches.

“They have always been great competitors, but apart from that the Ireland family have been so helpful over the years, between stewarding and judging, even at Parish and County matches. They have been very good to us.”

Here is a glimpse into Brian’s world…

Brian, first, I would like to pass on my condolences on the recent very sad passing of your sister Angela.

Thank you, she was sixth in the family. Angela Ireland O’Sullivan was a great woman and a massive GAA fan. She managed and coached lots of the kids in the Shamrocks GAA Club. We’ll miss her terribly.

I am sure she would be proud of you, coaching an Irish team in a World Contest. How did you get into ploughing competitions?

Back in 1989, I just put a plough on a tractor, and I travelled down to Mooncoin for a ploughing match, where I took part in my first competition. It was a three-furrow standard class and won it!

I then represented Kilkenny the next year in Oakpark, Co. Carlow in an under 23 class. That was the first All-Ireland I ever competed in. It rained all day, the wettest day I have ever come across. I will never forget it and I didn’t win! 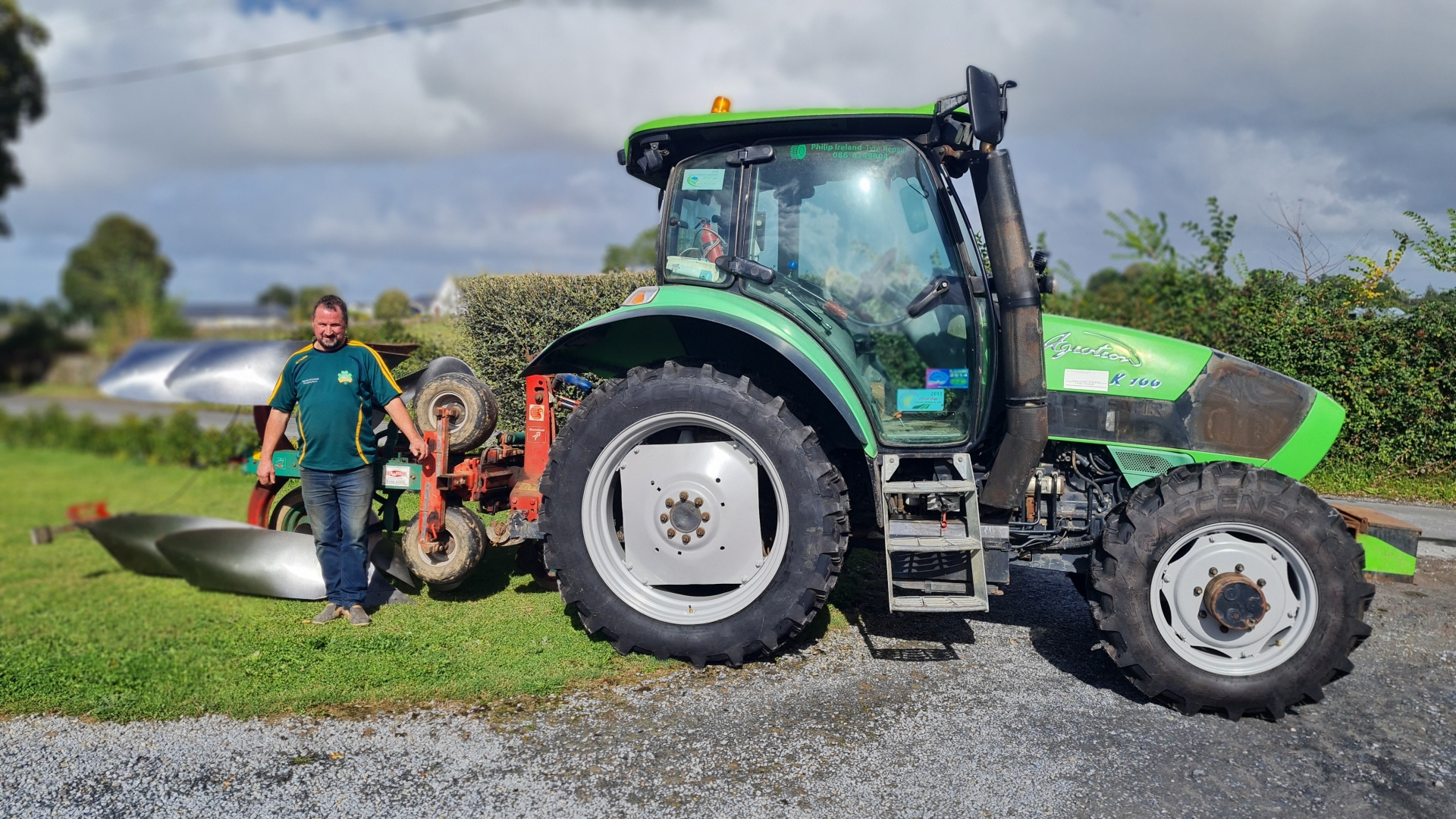 ahead of this week's National Ploughing Championships

What is the perfect weather condition for ploughing?

It's not rain! The perfect ploughing condition would be nice and dry on top, but not too dry. Low cut stubbles and preferably no stones.

The best time of year for ploughing?

Competitions normally start now and go the whole way to March all over the country.

Our own Danesfort’s ploughing match will be held on October 16 and on Tomas Hughes ground. Local farmers always supply the ground for the competitions.

How many hours go into practising for a competition?

There’s a lot of time involved. It also depends on the size of the field. For example, 25 to 30 acres could take you roughly 10 to 12 hours to plough.

A local farmer is always very good to supply us with ground and we could spend five to days practicing on it.

How technical is the competition?

We must finish dead beside where we started. You can’t under or over plough the ground or you will be penalised. In the end it’s all about the measuring tape.

Can you remember the first National Ploughing Championship that you attended?

Yes, I can. It was in Butlers in Maiden Hall, back in 1975. I remember finding a shrew there and I put it in my pocket. I caused a bit of commotion on the journey home when the screw escaped from my pocket and around the car!

Tell me about the class that you are competing in at the ploughing?

They introduced the class that I am competing in 1992, which is reversible ploughing. With this type of ploughing, you don’t have to open any middles in the field. You just start at the straightest ditch.

Conditions were very tough; it was 36 degrees heat. I came seventh out of 27 competitors.

What about the coaching side of the competition?

I started coaching in 2013.  The two guys that are representing their country nominate names for their coach. The NPA then makes the final choice.

You always have two representatives from each country. One in conventional ploughing and the other one in reversible ploughing.

This year Eamon Treacy is our conventional contestant for Ireland and John Whelan is our reversible contestant. I started coaching with them both in Canada in 2013. We brought home three gold medals, a silver, and a bronze that year. We were first and second in the world, with John coming first and Eamon second.

Eamon is from Carlow and John is from Wexford. I always have a crack at John that it took a Kilkenny man to coach him to his first world title!

What will this week entail for you at the National Ploughing Championships?

I arrive on Sunday for 10 days. The National Competition is over four days as we start on Monday, September 19, a day before the trade stands open. The World Competition is held over two days - Wednesday September 21 and Thursday 22.

There will be 28 counties taking part in the World Contest, but for our National Competition we have 311 competitors. There are 16 from Kilkenny in the Nationals.

This year my brother Gary and I are competing against each other. Between us we are tipping away at all the local competitions. I might get it today and he will get it the next day.

Best of luck to Brian and Gary Ireland this week at National Ploughing Championships and our Irish team in the World Contest https://www.npa.ie/