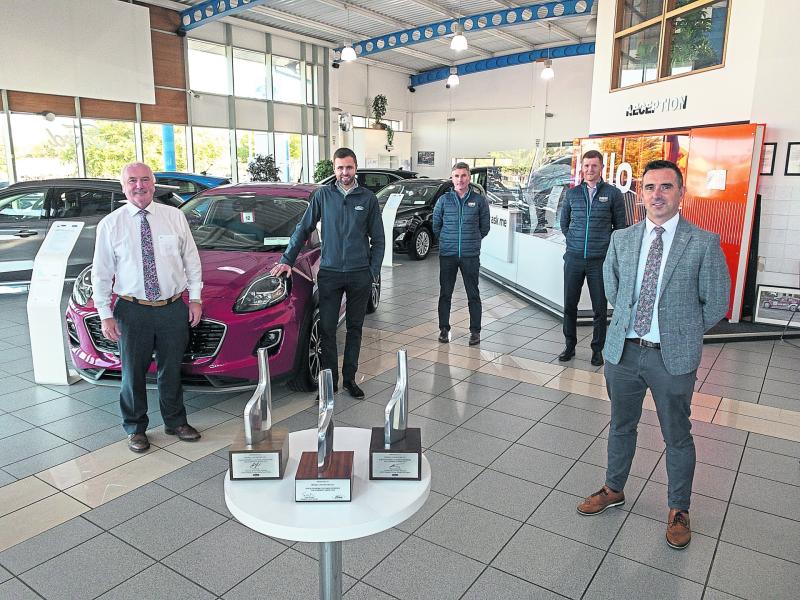 Michael Lyng, David Gregg (Ford), Padraig McCluskey, Jamie Power and Neil Lyng with the Chairman’s Awards. Winning the 2020 award adding to the Lyng successes in 2014 and 2017

Kilkenny motor dealer Michael Lyng Motors started their 25th year in business in winning style after learning they had been awarded the 2020 Ford Chairman’s Award.

News of the win came in February when Ford made their announcement. The highly-coveted Chairman’s Award is Ford Motor Company’s most prestigious award for Sales and Service, with the winners entering an elite group of top performing European Ford dealerships.

In announcing Michael Lyng Motors as winner during a live international webinar event, Lisa Brankin (Managing Director of Ford UK & Ireland) described the award as recognition for ‘outstanding customer experience across both sales and service’ and said that Michael Lyng Motors ‘has provided this consistently and been better at it than anyone else’. 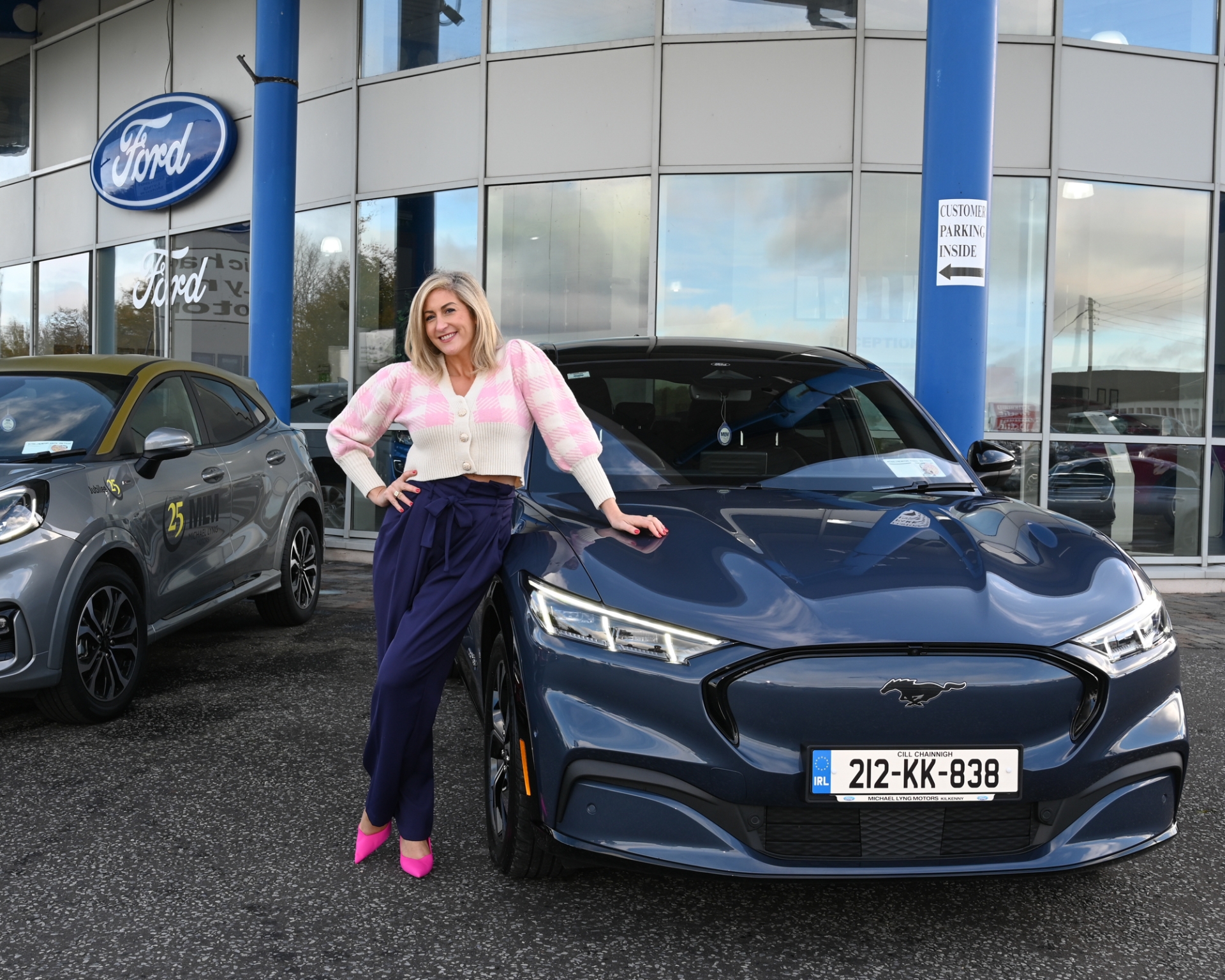 Thrilled
“We are thrilled to receive this award,” said Michael Lyng.

“Customers are the lifeblood of any business and I am delighted that our customers have given us such a massive endorsement with regards to the way that we look after them,” he added.
“I would like to thank the fantastic team at Michael Lyng Motors, without whom this huge achievement would not be possible.” 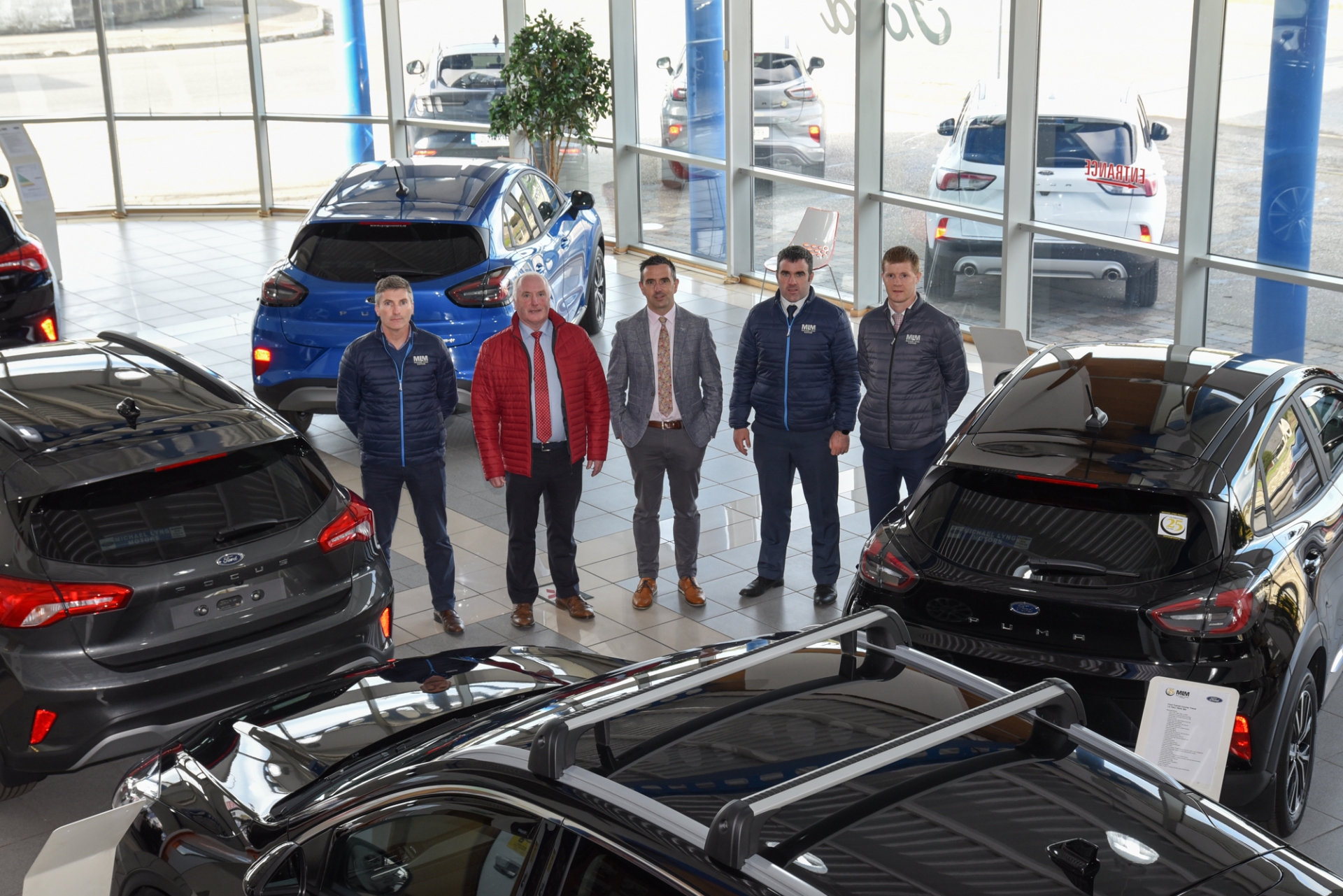 Michael Lyng Motors is the main Ford dealer in Kilkenny City and county. Established by Michael and Mary Lyng in November 1996, over the years Michael Lyng Motors has grown exponentially and currently the company operates from state of the art premises at Hebron Road, Kilkenny and Sleaty Road Carlow. The company is 100% family owned and run with Michael acting as Managing Director and Dealer Principal in Kilkenny and Neil Lyng acting as Dealer Principal in Carlow.