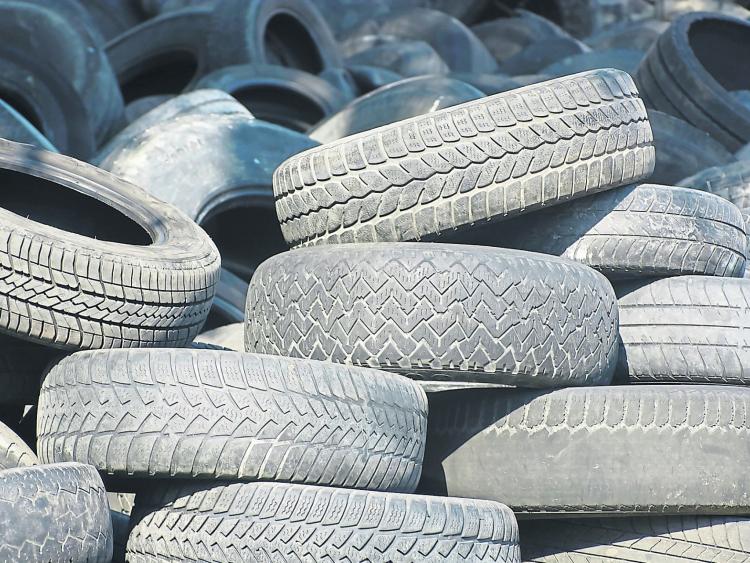 The two main tyre industry bodies have warned that a Government scheme scheduled for introduction next month will do nothing to stem the stockpiles of illegally dumped tyres around the country.
The Irish Tyre Industry Association (ITIA) and Independent Tyre Wholesalers and Retailers Association (ITWRA) cite the absence of enforcement as the main failing of the proposed plan, just as it was, they contend, of a similar scheme in the past.
Minister Naughten has announced that a mandatory disposal regime for tyre wholesalers and retailers will take effect from October.
“The Government has failed to learn the lessons of the past with this new regime,“ says Paddy Murphy, President of the ITIA.
“The past tells us that while formulating a tyre collection programme is one thing, policing it is quite another.
Stretched
“With no additional enforcement resources being allocated to already stretched local authorities, no offending waste collector is going to take fright at what is proposed here.”
A scheme set up by the industry in 2007 achieved over 90% compliance among tyre producers and retailers, but did not have control over the issuing of licences to waste collectors.
“The issue is about securing compliance among waste collectors, and that won’t happen without significant enforcement,” contends Murphy.
The bodies have called on the Government to enact on-the-spot fines as part of the scheme, but this has not been provided for.
The issue is compounded, they claim, by the fact that tyre operators in the North do not need to be registered for the scheme, thus gaining a competitive advantage over their counterparts in the South.
This market distortion will force operators in the South into non-compliance, just to survive - “safe in the knowledge that enforcement will be toothless in any case.”
The ITIA and ITWRA are looking to manage their own waste stream by setting up an industry-led scheme, along the lines of successful PRI schemes in Europe.
However, under the provisions set out, such a parallel programme must await the establishment of the proposed scheme and must charge fees as set by the regulations.
“The tyre industry is naturally motivated to reduce the cost of recycling for their customers and should be encouraged to run a competitive scheme to control these recycling costs,” says Eamon Daly, President, ITWRA.
Alongside robust enforcement including fixed penalty notices, the bodies are also calling for the cost of compliance to be more commercially appropriate by removing excess costs in the proposed scheme and to streamline the reporting requirements for retailers.
“As an industry we continue to ask for a workable solution; however, the draft regulations are full of inconsistencies and will be wholly ineffective as currently constituted.”