The Kilkenny Motor Show - it's all ready to roll 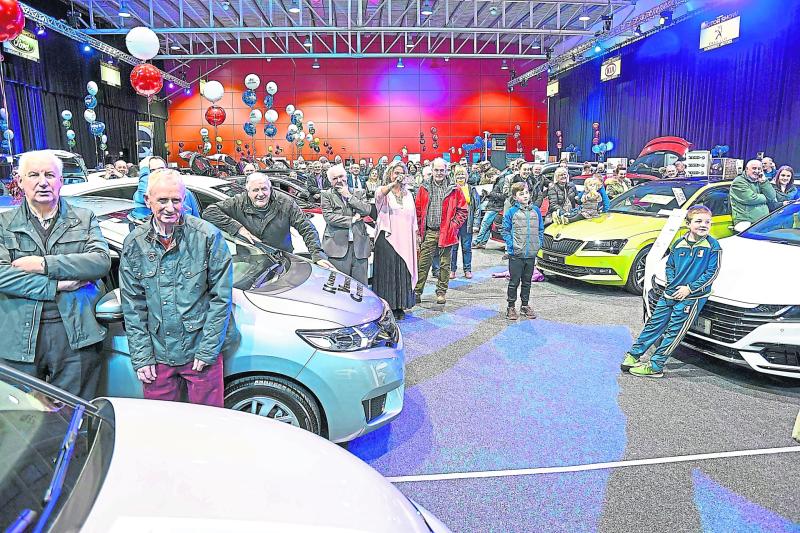 The Kilkenny motor industry is gearing up for what is expected to be a €2-million plus splurge on new cars this weekend.
The Kilkenny Motor Show 2018 will be staged in The Hub, Cillín Hill on the Carlow Road from Friday until Sunday, and the event is one of the main new car sales periods of the year for the industry locally.
The industry in general enjoys busy sales period in the early part of the year and then again in July.
The Kilkenny Show opens up the Aladdin’s Cave of car riches on offer right now, and what will be driving the roads with 191 plates, thereby all but adding a third sales spike for garages locally.
Last year over 80 new cars were sold during the hugely popular event, which was an increase on the number of vehicles sold the previous year, which was an increase on the year before that again.
Numbers rise
On top of that, the sales executives from the various garages compile a list of possible buyers for follow up calls in the weeks after the Show.
“The number keeps rising every year,” explained Kevin Morrissey, chairman of the Kilkenny branch of the Society of the Irish Motor Industry (SIMI) and chairman of the Motor Show organising committee.
The Show was a sort of self help idea fostered by the local dealers during very difficult times over a decade ago, and it proved to be an instant hit.
Now the Kilkenny Motor Show attracts huge crowds from all over the South East, and garage owners in other areas have been looking with envy towards their counterparts in this City.
The Kilkenny template was developed on the basis of mutual respect and co-operation, with seven dealerships encompassing nearly a dozen brands pooling their resources to make the Show happen.
“We are all business people and competitors, but from the start in 2011 it was felt we could achieve more, especially in the difficult times that pertained at the time, if we worked together,” Kevin Morrissey explained. “That has worked out to be the case.”
Over 160 new cars will be on show in Cillín Hill, the majority in the indoor arena in The Hub, with the balance in the spacious car parks outside.
The car brands involved are Ford, Hyundai, Kia, Peugeot, Skoda, Nissan, Opel, Volkswagen, Toyota, Citroen and Honda.
Sales executives from all the brands will be on hand to help potential buyers with inquiries, and representatives of all the major finance companies will be present too to lift the lid on the availability of money for such purchases.
“It is hard to believe this is our ninth Show,” Kevin Morrissey continued. “People really look forward to it now, and although it is held around the same time every year, we have been fielding inquiries about it since around September.”
There will be a slight change to the running format this time. Usually there is an official opening on Friday night.
That will be dispensed with this time, and it will be straight down to business from the opening of the Show on Friday afternoon (2pm).
Expertise
“People wait for the Motor Show now and they use it as a sort of ‘one stop shop’ to have a good look around at what is on offer,” Kevin Morrissey continued. “They have all the cars under the one roof.
“They have the people with the expertise there to help them and they can measure one car against another.
“There are a lot of very good and attractive cars to choose from, with new models coming on stream the whole time. Basically there is something for everyone.”
Kilkenny buyers are a discerning lot, apparently, having learned how to use the facility the Show offers to best effect.
“We are finding there is more business being done on the floor and more cars are being ordered,” Mr Morrissey explained. “That trend is growing.
“Lots of people know exactly what they want. Many come with print-outs from websites showing the sort of specification they would like. We encourage that. Buying a car is a major undertaking, so it is important the person gets exactly what they want.”
The Kilkenny Motor Show runs from 2 to 8pm on Friday, 10am to 5pm Saturday and 11am to 5pm on Sunday.