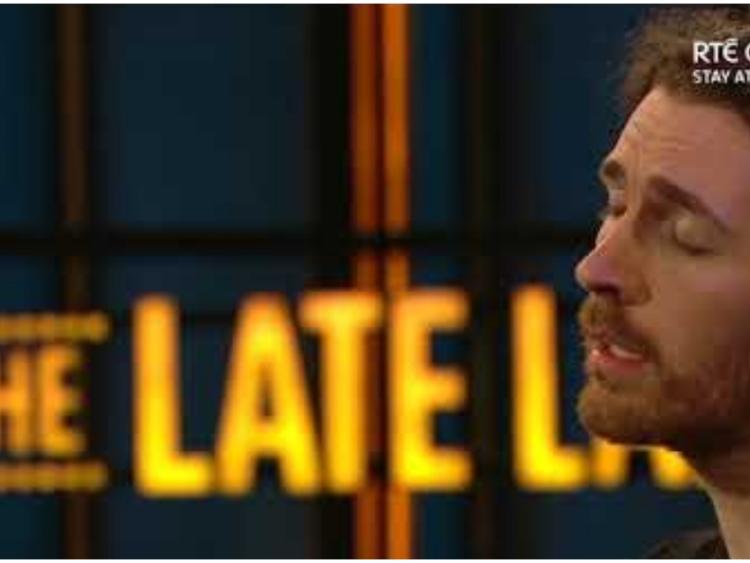 Hozier’s acclaimed rendition of ‘The Parting Glass’ on The Late Late Show is to be released for charity.

Hozier gave a very special and exclusive performance live on The Late Late Show on Friday, March 27, where he made an emergency appeal live to the viewers. The reaction to his performance in the weeks that followed has led to the performer teaming up with the ISPCC/Childline to release the rendition as a charity single.

The live recording will now be released digitally on all platforms this Friday, April 17, with all profits made going directly to the ISPCC Childline, supporting children in Ireland when they need it most.

Hozier and other artists have joined forces with RTÉ 2FM in recent weeks to raise money with fans tuning in from 7pm nightly to live performances through each artist's official Instagram account. Performances have also been broadcast live on RTÉ 2FM every evening for thirty minutes.