An epic science fiction fantasy story, inspired by a location in South Kilkenny, has been published by visual artist, and now author, Brianna Hurley.
Family and friends gathered at KCAT in Callan, yesterday (Thursday), for the launch of the visually rich and entertaining publication. 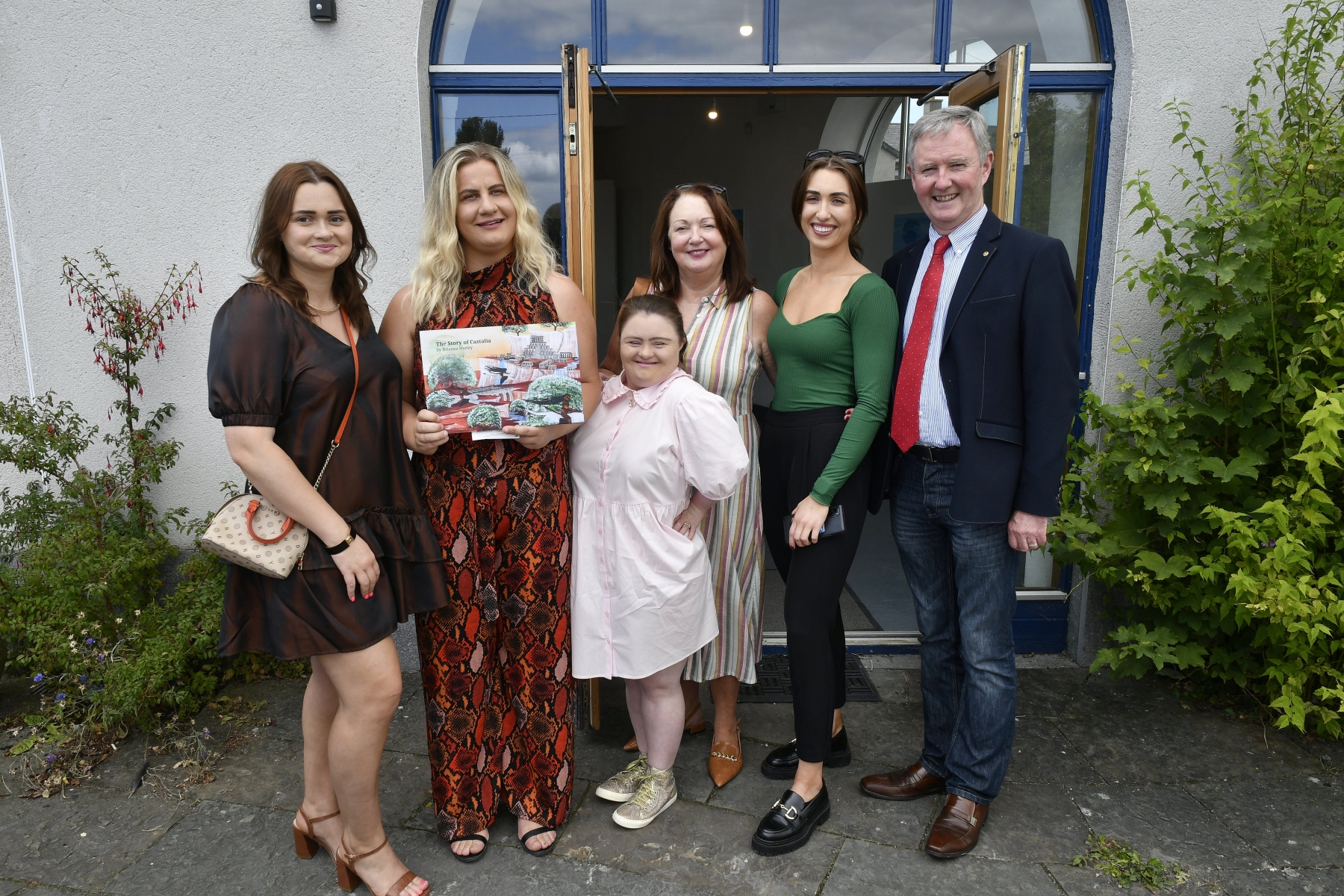 The Story of Castalia is about a planet that has been colonised by humans and the indigenous people who fight for their freedom.

“It is an epic science fiction fantasy of lush landscapes, bodily transformations and exciting battles,” the director of KCAT, Caroline Loughman described the story, at the launch.
Castalia, the planet and its people, have been created and developed by Brianna in her art over the last few years.

In 2021 two of her paintings were bought by the Crawford Gallery, in Cork, to add to the national collection.
Brianna’s creative mind invented the planet Castalia, named after Castalia Hall in Ballytobin, Callan.

Caroline Loughmn described Brianna as a huge inspiration and a ‘trail blazer.’
It’s not only her colleagues and friends at KCAT who think that - in 2021 she received the Best Emerging Artist award from Soul Noir Dublin.

It was a first book launch for KCAT, and part of the AKA fring festival.
Speaking at the event Brianna thanked everyone who supported her. “I couldn’t do it without my good friends,” she said, adding: “It’s an honour to make a book out of my imagination.”
Thanks were extended to the KCAT studio team Declan Kennedy, Maurice Caplice and Dorothee Berniers, also editor Jeffrey Gormly and graphic designer Tim Harper who worked with Brianna in the realisation of the book. The wider KCAT team of Marek, Inga and Marzena were also thanked for their help.

Surrounded by an exhibition of the art that inspired the book, Brianna was delighted to sign copies of The Story of Castalia. The exhibition remains open at KCAT until August 14.

Read more in the Kilkenny People, on sale next week.

Click 'NEXT' to see more photographs from the launch!