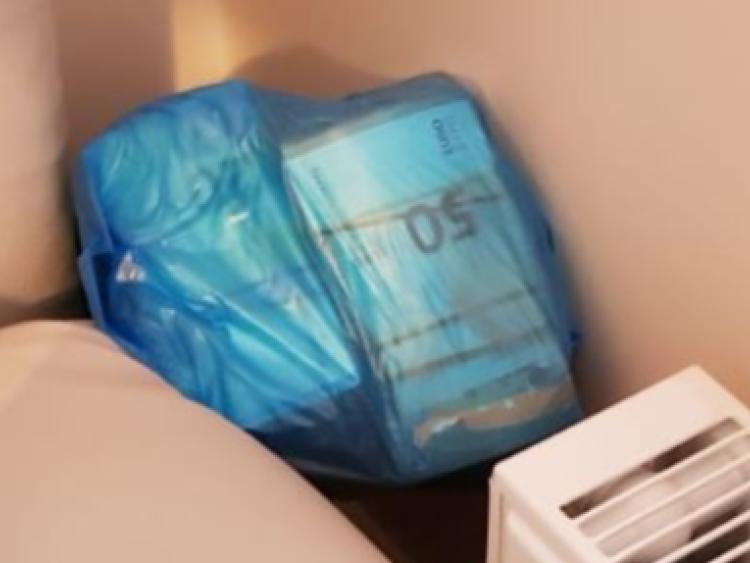 Bundles of cash stuffed down between a radiator and a couch were found in a house searched by the Criminal Assets Bureau (CAB) on Monday which uncovered over €700,000 in cash alone.

All the money was counted and placed in Garda evidence bags by officers. 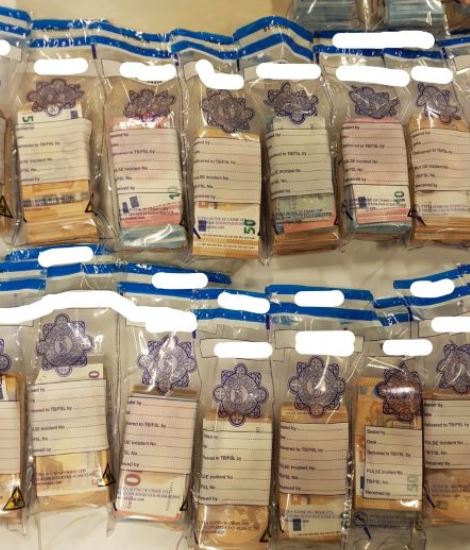 The swoop was part of an ongoing intelligence-led operation targeting foreign nationals involved in the laundering of the proceeds of crime, accumulated by Irish-based organised crime groups.

The operation took place in the Dublin Metropolitan Region and the Wicklow Division.

A total of thirteen (13) sites were searched which comprised of five business premises and eight residential addresses resulting in the seizure of funds totalling €1,035,093. 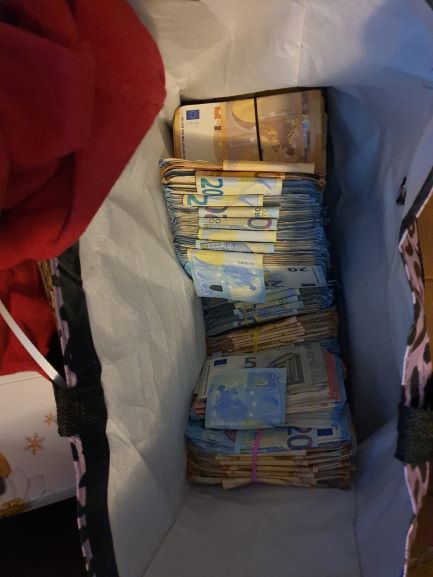 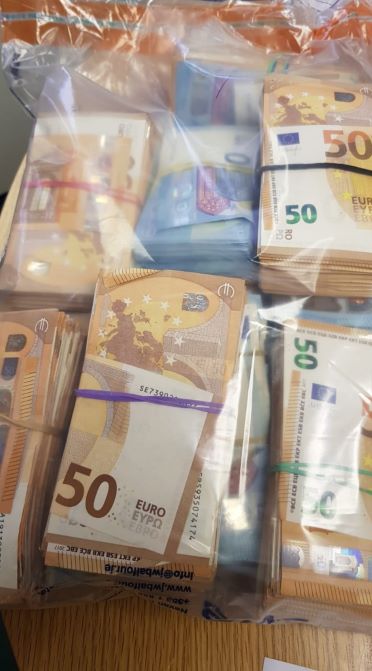 A further €301,594 funds were frozen in Irish bank accounts.

In addition 4 cars were seized along with other high value items.

Seven people were arrested for money laundering offences contrary to Section 7 of the Criminal Justice Money Laundering and Terrorist Financing Act, 2010 and are currently detained at Garda Stations across the Dublin Metropolitan Region.

Gardaí said the operation marked a significant development in the Criminal Assets Bureau’s ongoing investigation into a criminal network involved in the laundering of funds for a number of national and international organised crime groups.