'I most definitely was not asleep,' insists independent TD 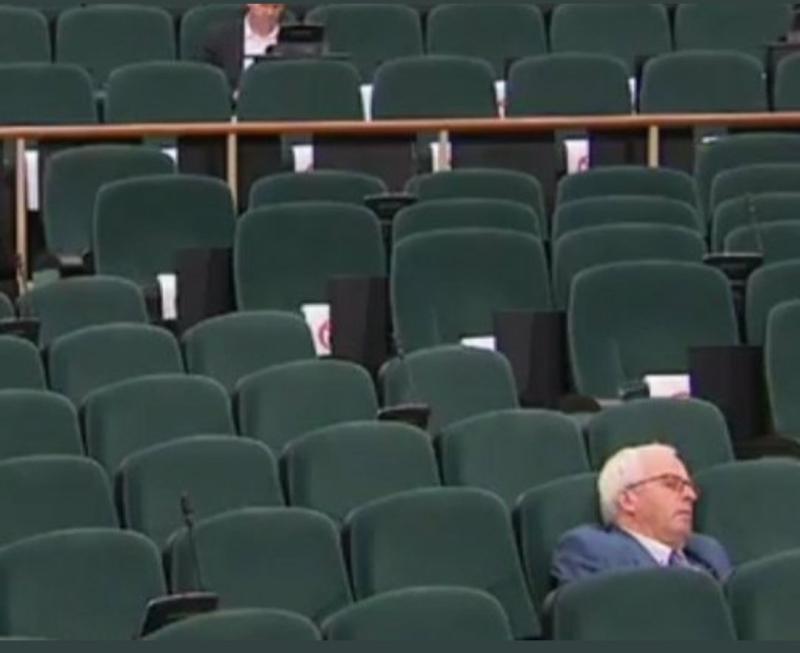 Deputy Mattie McGrath pictured in the Dail on Thursday

Deputy Mattie McGrath has robustly defended his Dail record after pictures emerged of him on social media that appeared to show him in a sleeping position.

Last evening Green Party leader Eamon Ryan appeared to be asleep when a vote was called on legislation relating to lower-paid jobs.

The clerk of the Dáil called Mr Ryan, the Minister for Climate Action, Communications Networks and Transport twice, but both times he did not respond.

He was woken up by the newly appointed chief whip Jack Chambers as other deputies can be heard laughing in the background.

The incident took place during a private members motion brought by the Social Democrats which sought to strengthen the rights of worker during the Covid-19 pandemic.

"I most definitely was not asleep, nobody had to wake me up," insisted Deputy McGrath following the widespread circulation on social media of the picture taken during a session of the Dail on Thursday at the national convention centre in Dublin.

Deputy McGrath said he spoke on the issue of the reopening of the pubs in the Dail six minutes after Deputy Michael Healy Rae was on his feet in the chamber raising the same matter.

"I was waiting my turn and I was in six minutes later, I did not have to be woken up.I am not infallible, I don't know if my eyes were closed when the picture was taken," said Deputy McGrath.

The Tipperary TD said he was in the Dail on Thursday from 10am to 7pm and would have made a good number of contributions during the day.

"I spoke to two bills, I spoke on Covid, agriculture and education. I would have spoken more than anybody else in the Dail that day, " said Deputy McGrath.