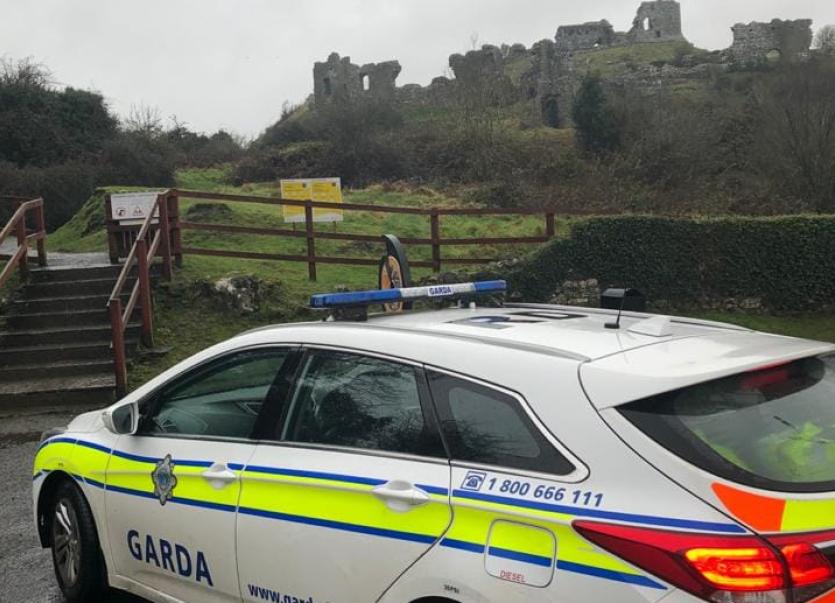 Vistors to Laois in breach of the Covid-19 travel rules were sent home with fines after being found at one of the county's landmarks.

Gardaí issued a statement on Tuesday, February 23 about what happened.

"Portlaoise Gardaí out and about patrolling found a group that had travelled to the Rock of Dunamaise. They lived approximately 100km away.

"They had decided to visit shops and sites. We love tourists but not at the current time. Fixed charge notices issued," said Gardaí.

A sign at the Rock, which is located between Stradbally and Portlaoise on the busy N80, warns people about the Covid-19 restrictions.

Laois Offaly Gardaí have been very busy during the Level 5 restrictions fining more people breaking the rules than some of their colleagues in neighbouring divisions.

They have also mounted checkpoints at local amenities such as Emo Court where they turned people back because they were outside the 5km zone.