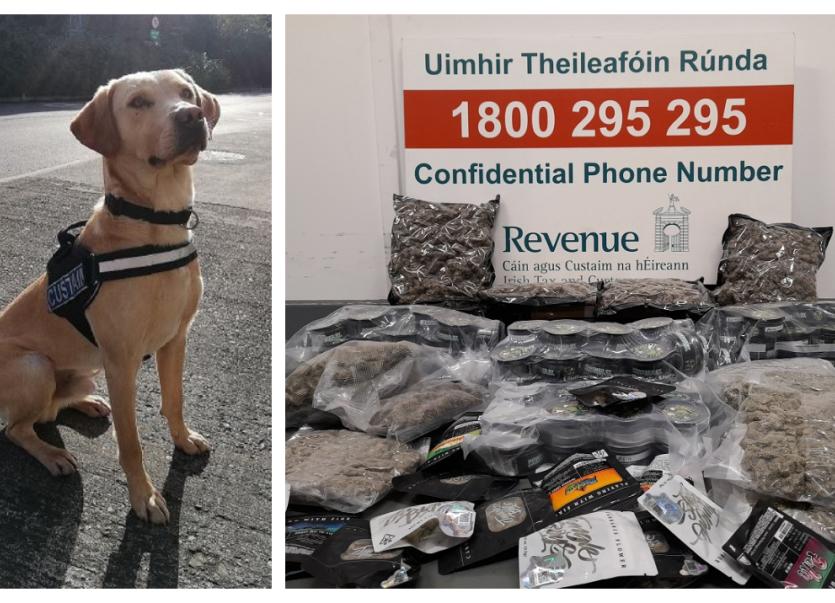 Bailey sniffed out lots of cannabis herb and by product

Drugs destined for addresses in five counties have been seized in the post in Dublin according to the Revenue Commissioners.

A statement said that, as a result of routine operations and with the assistance of detector dog Bailey, Revenue's customs officers at Dublin Mail Centre seized over 5.3kgs of herbal cannabis, almost 270grams of cannabis oil and butane honey oil and 450grams of cannabis edibles with a combined estimated value of over €108,000.

Revenue says the illegal drugs were discovered yesterday, March 9, in 21 separate parcels that originated in the USA, the United Kingdom and Spain.

"These parcels were declared as items such as ‘pillows’, ‘sports shoes’, ‘custom stationery’ and ‘wine tubs’ and were destined for delivery in Dublin, Laois, Galway, Kerry and Sligo. Investigations are ongoing," said Revenue.

The statement added that these seizures are part of Revenue's ongoing operations targeting the importation of illegal drugs.

Businesses or members of the public who may have any information regarding smuggling are asked to contact Revenue at on its Confidential Phone Number 1800 295 295.