Complaints to planning regulator double in a year, but none in Kilkenny 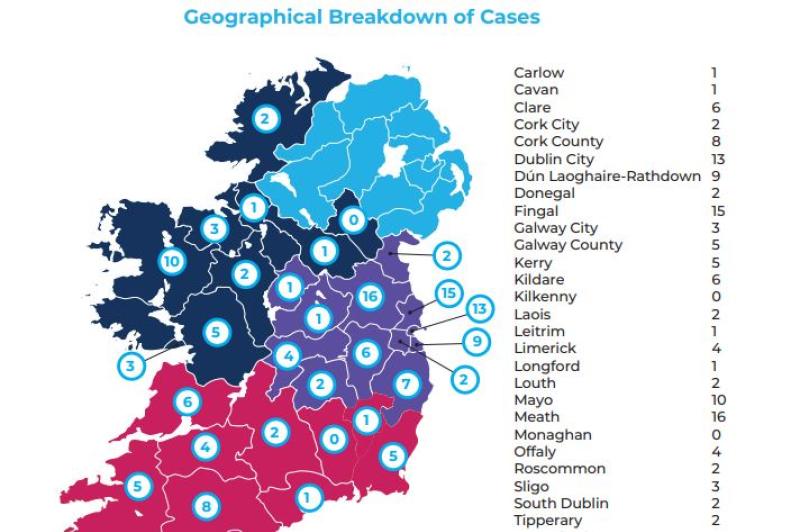 There was a significant increase in the number of local authority development plans evaluated by the Office of the Planning Regulator (OPR) in 2020.

The annual report from the OPR published this week showed that this led to a rise in the number of recommendations and observations issued to local authorities regarding the adherence of their plans to national and regional planning policy.

In addition, there was a large increase in complaints made to the OPR regarding how local authorities operate their planning function, with a number of these complaints upheld. Nationally a total of 119 complaints were received in 2020 compared to 54 in 2019, but Kilkenny was one of just two local authority areas that did not have any cases.

The report also identifies and makes observations on some of the key trends which reflect Ireland’s planning performance in 2020.

This report represents the OPR’s first full year of existence since its establishment in April 2019.

Some key findings include:

In 2020, 18 plans were adopted by local authorities which had been evaluated by the OPR. Of the 24 recommendations issued in respect of these plans, all but one1 had been substantially addressed by the final stage of the planning process.

Inconsistency with the National Planning Framework (30%) and inconsistency with guidelines on topics such as flood risk management, local area plans and spatial planning (29%) were the most frequently occurring categories for recommendations.

Complaints rose to 119 in 2020. One hundred of these were on matters not relevant to the OPR. Nineteen complaints were valid as they related to matters the OPR could examine, which compares to eight in 2019. So far, three of these 19 valid complaints (16%) have been upheld.
Over 600 local councillors attended planning-related training which took place in conjunction with the Association of Irish Local Government.

Speaking about the findings, the Planning Regulator, Niall Cussen said: “Despite the pandemic, our first full year of operation witnessed significant increases in both the scale of our activities and their impact in enhancing planning in Ireland.

"The major increase in the number of evaluations, observations and recommendations we made in our scrutiny of the local authority plans which shape the future of our communities, mean that the public can be confident that they consistently apply important government policy," he said.

"These policies include targets for securing urban and rural regeneration, the appropriate levels and locations for zoning of land, delivery of quality and affordable housing, ensuring vibrant city and town centres and making sure our climate change targets are met.

"Encouragingly, local authorities implemented the vast majority of our recommendations in those plans which were adopted in 2020.  We only had to issue one recommendation to the Minister, which related to the proposed development of a large out of town retail outlet by Cork County Council. This points to better planning outcomes and ultimately the creation of more liveable and sustainable communities," Mr Cussen said.

He said they also received an additional level of planning-related complaints, a lot of which related to individual planning matters more appropriate to planning appeals or enforcement at local authority level and not relevant to their role in looking at overall systems in local authorities.

The report also identifies and makes observations on some of the key trends which reflect Ireland’s planning performance in 2020.

The pandemic put the online services offer of local authorities into sharp focus.

Commenting on these findings, Mr Cussen said: “It is a great credit to the planning process in general that An Bord Pleanála, local authorities and the Department of Housing, Local Government and Heritage maintained, to the greatest extent possible, delivery of planning services despite the strictures of the pandemic.

"For instance, the fact that there was an overall increase in the number of residential units which received planning permission is quite remarkable considering the circumstances," he said.

The OPR was established in April 2019 on foot of recommendations made by the Tribunal of Inquiry into Certain Planning Matters and Payments (the Mahon Tribunal).

Its purpose is to oversee the continuous enhancement of Ireland’s planning process and its outcomes by driving the co-ordination of planning policy implementation across national, regional and local levels, building a stronger knowledge base and ensuring regular reviews of the performance of planning authorities and An Bord Pleanála.