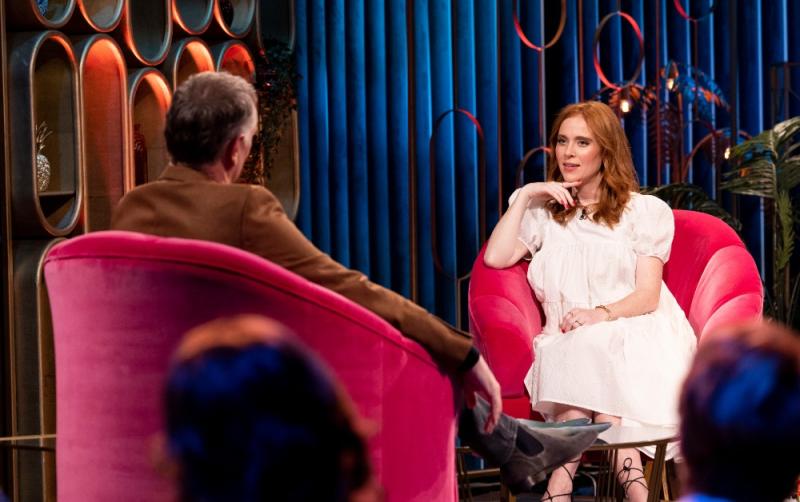 Angela Scanlon returns to screens this week with the sixth episode of her entertainment show Angela Scanlon’s Ask Me Anything on RTE One.

TV personality and self-proclaimed diva Gemma Collins chats to Angela about spending £2,000 on a steak dinner; how she hated every claustrophobic minute of Big Brother; evil ice rink spirits and how she'd love to marry Liam Neeson but simply doesn't have a clue who Daniel O'Donnell is.

Actress Charlene McKenna spills the beans on her new boss Graham Norton; how she was Paul Mescal's first Daisy in The Great Gatsby; how wearing period costume is not conducive to eating pasta and how her brother wanted her help with a septic tank pipe during a wedding dress fitting!

Angela will bring her unique mix of enthusiasm, wit and affectionate slagging to this one-hour show featuring surprises and unexpected revelations for the celebrity guests, as they all agree to be asked, absolutely anything.

The eight-part series runs until December 11.