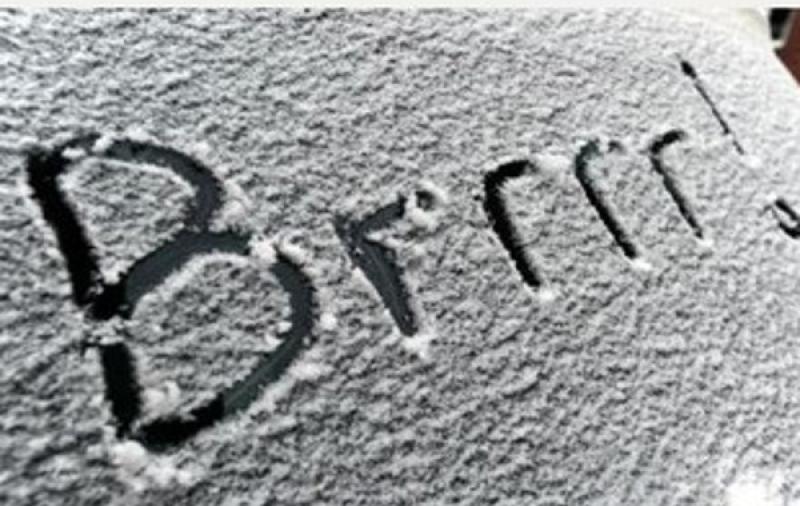 The weather is to take a dramatic turn for the worse this weekend with gales, sleet, snow and a wind chill all predicted for the coming days.

Met Éireann's forecast is for it to be cold and windy today with widespread showers, heavy at times, falling as sleet and snow over hills and mountains, particularly in the north.

Strong northwesterly winds will continue overland tonight with gales along northern coasts, and strong gales on the Irish Sea. There will be scattered wintry showers and long clear spells; mainly occurring across the north and northwest with snow over hills and mountains.

It is expected to be bitterly cold owing to an added wind chill factor with lowest temperatures of 0 to 2 degrees Celsius.

The forecast from the national weather forecaster for Saturday predicts: "strong winds and bitterly cold weather to continue through Saturday with highest temperatures ranging just 3 to 6 degree Celsius.

"There'll be further showers, again some of sleet, mainly across Ulster. Some good spells of sunshine too though with northerly winds easing later in the day".

Winds are expected to become mainly light westerly during Saturday night with lowest temperatures of between minus 2 and plus 2 degrees occurring early in the night.

It is expected to be dry at first with clear weather. Cloudier conditions will develop in the west with rain along western coasts early in the night, slowly spreading through Munster and Connacht.

The east will stay dry and cold with temperatures rising in the west.

The east of the country will stay cold on Sunday also, with higher temperatures returning to western parts.