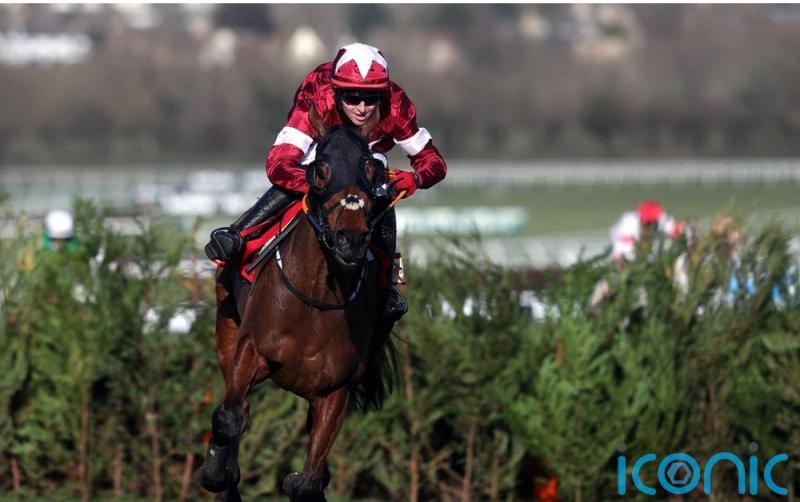 Dual Grand National winner Tiger Roll is among a field of eight for Saturday’s Unibet Many Clouds Chase at Aintree.

The Gordon Elliot-trained 11-year-old, who was last seen finishing fourth in the Betway Bowl at the Merseyside track, makes his seasonal debut in the Grade Two contest, run over three miles and a furlong. James Bowen rides for the first time.

He will face stiff opposition from Protektorat, part-owned by Sir Alex Ferguson, who bids to go one better on his second start of the season following a fine runner-up effort to Midnight Shadow in the Paddy Power Gold Cup at Cheltenham last month.

The Dan Skelton-trained six-year-old, who has never been out of the first two in six starts over fences, will be partnered by Bridget Andrews.

Former Gold Cup winner Native River makes his seasonal debut for Colin Tizzard, while the Kim Bailey-trained Imperial Aura, who fell when going well in the Betfair Chase on his seasonal bow, also takes his chance.

Paul Nicholls is represented by Simply The Betts, who finished sixth in the Paddy Power on his return to action last month. The field is completed by The Two Amigos, Wishing And Hoping and Sam Brown.

Nicholls told Sky Sports Racing: “I was monitoring the declarations this morning and obviously the race has cut up a little bit with Champ and Al Boum Photo not going.

“He is a horse who is in no-man’s-land a little bit. If you end up running in a handicap, you are very nearly top-weight – this race is a slightly better race, but he gets no penalties. I think he is crying out for three miles – we’ll see on Saturday.

“It was either wait for Cheltenham a week on Saturday and probably carry top-weight or run here, and we thought we’d let him take his chance. He is in good shape and he has improved since that run at Cheltenham – and that was his first run for a year, so it will be an interesting little run.”

Meanwhile, the Unibet Becher Handicap Chase, run over the Grand National fences, has attracted a field of 22, headed by the Henry De Bromhead-trained Chris’s Dream, who shoulders top-weight of 11st 12lb in the Grade Three event, run over a distance just shy of three and a quarter miles.