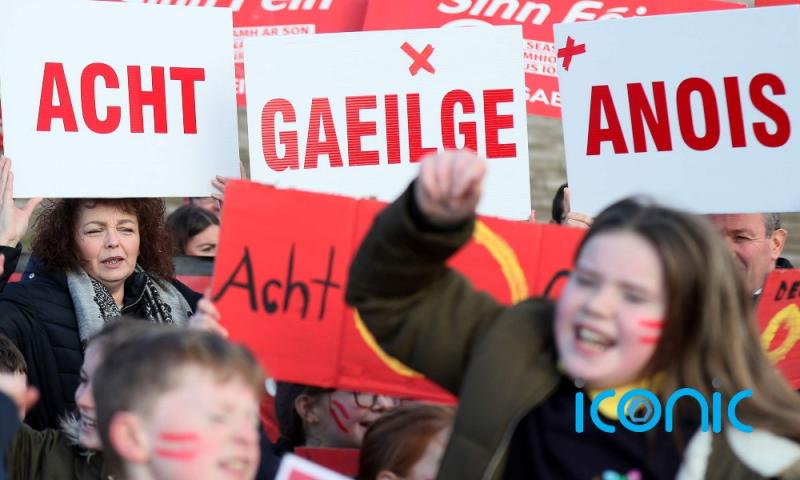 The UK Government is focused on passing Irish language legislation before the end of the current Stormont Assembly mandate, Brandon Lewis has said.

The Government pledged to step in last year after the Stormont parties were unable to agree to introduce the legislation in the Northern Ireland Assembly.

Their decision to break a Stormont impasse on the stalled laws, which includes legal protections for both Irish and Ulster Scots, was a key factor in the demise of short-lived DUP leader Edwin Poots last summer.

Mr Lewis had originally indicated that the legislation would be introduced last October.

The Government previously faced calls from the DUP not to press ahead with the legislation while unionist concerns about Brexit’s Northern Ireland Protocol remain unaddressed.

During a visit to Kilkeel, Co Down, Mr Lewis was asked what was the timescale on the package of culture laws, which were a key plank of the 2020 New Decade, New Approach deal that restored devolution.

He said: “We have been working through the Irish language legislation at the moment, we have been talking to the parties about it.

“There are a couple of small details we need to work through with the parties, but I am keen to see that go forward.

“I think people who want to learn and understand and celebrate their heritage should have the space to do so, that is what I said last summer I still believe that.”

Mr Lewis added: “As I said at the time if the parties at Stormont were not able to bring that forward, then we will do that as the UK Government.

“I always said we wanted to deliver it within the (Assembly) mandate, that is what NDNA (New Decade, New Approach) is about and that is what our focus is on.”