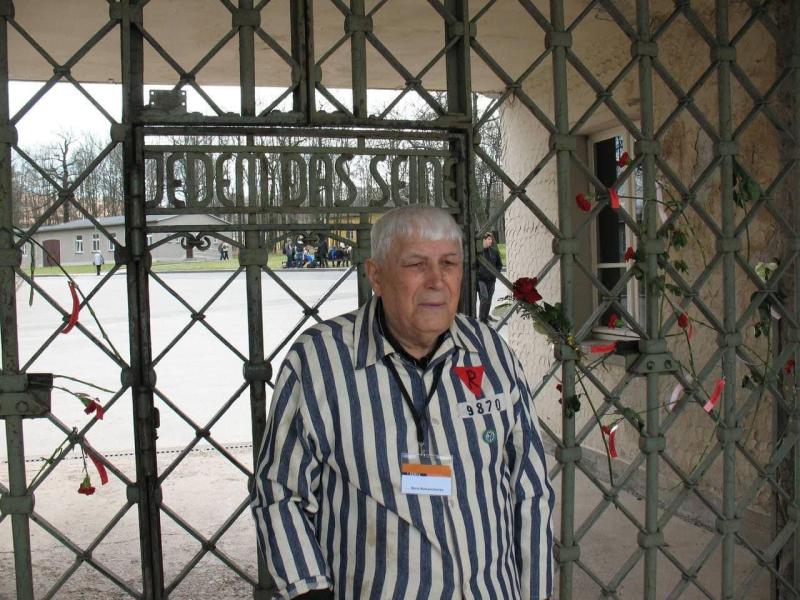 A 96-year-old man who survived four separate Nazi concentration camps during the Second World War (WWII) has been killed in the Ukrainian city of Kharkiv.

"He lived his quiet life in Kharkiv until recently; last Friday a Russian bomb hit his house and killed him."

A number of commenters left messages of condolences to Mr Romanchenko and his family, as well as messages criticising Russia's leader, Vladimir Putin:

May his so very precious soul RIP and may always be remembered pic.twitter.com/ufSGnHfzlx

@Buchenwald_Dora have a picture of him reading the Buchenwald Oath in 2012 on the anniversary of liberation. So bitterly sad. https://t.co/7q8ou2Aotx

I am truly, truly sad to hear this today. I did not know this man, but the fact his life was taken like this is simply an abomination. May he rest in peace. Stay strong Ukraine

One person added that their hometown is due to host a ceremony in remembrance of Mr Romanchenko:

https://t.co/GEY4YNVhgz
This is so sad. My hometown is honoring him today

He said: "Please think about how many things he has come through; but (he) was killed by a Russian strike, which hit an ordinary Kharkiv multi-storey building."

"With each day of this war, it becomes more obvious what de-Nazification means to them (Putin's forces)," President Zelensky added.

As reported by RTÉ News, Borys Romanchenko was born on 20 January 1926, in Bondari, near the city of Sumy.

He was deported to Dortmund in 1942, where he had to do forced mining labour.

After an unsuccessful escape attempt, he was sent to the Buchenwald concentration camp in 1943, where more than 53,000 people were killed during WWII.

Mr Romanchenko was then sent to Peenemünde on the Baltic Sea island of Usedom, where he worked as a forced labourer on the V2 rocket programme, the Dora-Mittelbau concentration camp and the Bergen-Belsen concentration camp.

After the war, he later became the vice president of the Buchenwald-Dora International Committee, and devoted himself to documenting Nazi crimes.