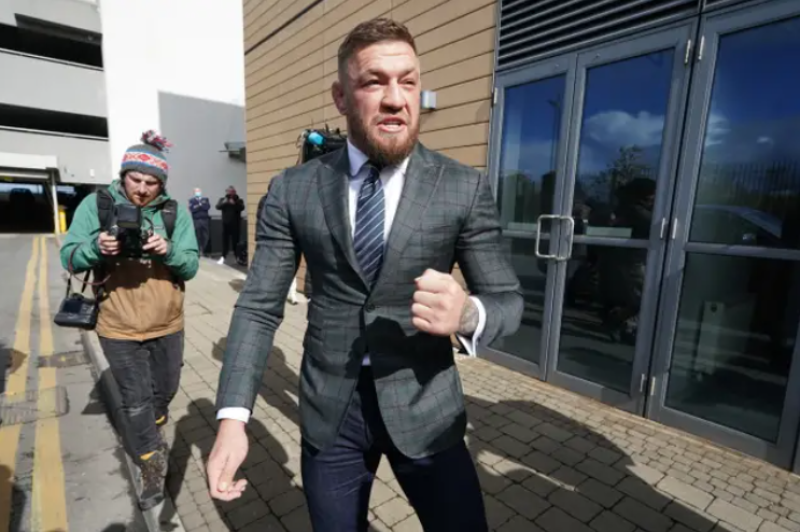 The mixed martial arts fighter appeared at Blanchardstown District Court accused of two counts of dangerous driving on March 22, as well driving without insurance and a licence and failing to produce a certificate of insurance or licence.

He had been travelling in his Bentley Continental GT on the N4 in west Dublin when he was stopped by gardai earlier this year.

McGregor’s solicitor Michael Staines told the court his licence and insurance were shown to police on Thursday morning.

Garda Denis Lordan told the court the four charges were put to McGregor on Thursday morning.

He made no reply to each charge and was handed a copy of the charge sheet.

District Judge David McHugh remanded McGregor on continuing bail and he will appear at the same court again on June 23.

McGregor, wearing a grey blazer and navy trousers, did not speak during the court appearance.

Speaking to reporters outside, he said he is going “straight back into training”.

“I am going straight back in, and I am looking forward to getting back into it.”

Asked if he has an opponent in mind, he replied: “We will see what happens man. Taking it day by day. The leg is getting better every day and I am happy with that.”