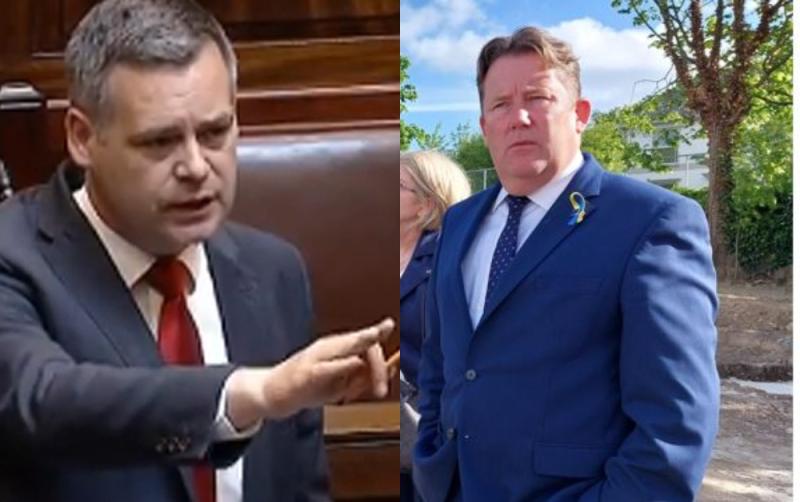 A war of words erupted over the Government's housing policy in the Dáil with Sinn Féín’s Pearse Doherty asking the housing minister Darragh O'Brien “what planet” he is living on.

However, Minister O'Brien hit back, saying Deputy Doherty and Sinn Fein "opposes everything".

In the Dáil earlier today, Deputy Doherty raised the Government’s new housing initiative, known as Croí Conaithe, which sets out to support the building of apartments for sale to owner-occupier households in Dublin, Cork, Limerick, Galway and Waterford.

The planned scheme aims to bridge the current “viability gap” where the cost of building apartments in these cities is higher than the market sale price.

The new State subsidy will see developers secure up to €144,000 in funding for each apartment they build outside the Dublin area.

The Government claims that increasing the supply of owner-occupier apartments frees up housing in the rental sector and can reduce pressure on the rental market, in turn alleviates pressure on our social housing waiting lists.

However, Deputy Doherty said three recent reports had outlined the failures of Government policy on housing.

He said "extortionate rents continue to soar" as the number of rental properties available decrease. He said the minister was "failing spectacularly".

He said the Govt has a "bonkers scheme" which will give €450 million of tax payers money to developers to build apartments. Deputy Doherty said only those earning the highest salaries will be able to afford these apartments.

"The question needs to be asked again Minister, what type of planet are you living on with this type of scheme?" Deputy Doherty said.

Minister O'Brien said the Government had a 'Housing For All’ Plan, which is funded to the tune of €4bn a year, "which is working" and is "very serious" about increasing supply and delivering affordable homes.

The minister said the proof that the Government's was delivering could be found in the fact that this year would have the highest number of commencements since 2007.

He described the Government's scheme Croí Conaithe as a "targeted measure" which ensures that people can get to own their apartments.

"People can actually own apartments in our five major cities across this country," Minister O'Brien said.

He said they are delivering more social housing this year than had ever been delivered in the history of the State.