Impasse at Stormont branded a 'shambles' by Northern Irish actor 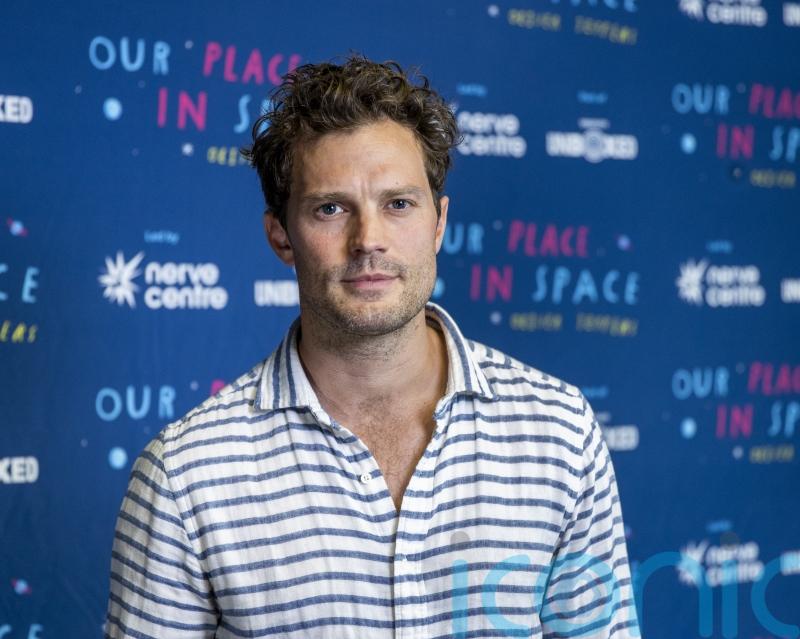 Northern Ireland-born actor Jamie Dornan has described feeling emotional at the ending of Derry Girls, as well as his frustration at “shambles” at Stormont.

He admitted sending the “soppiest text message” to its writer Lisa McGee after watching the final episode of the hit series – which captures the sense of hope in 1998 at the signing of the Belfast Agreement following decades of violence.

Appearing at an Our Time In Space event at the Lyric Theatre in Belfast to talk about integrated education, Dornan also hit out at the current impasse at Stormont.

He described local politics as a “shambles”, and politicians as “archaic” in the way they talk “in the same sentences they’ve been talking about for 50 years” – a situation exasperated by Brexit.

“They are not the conversations we should be having. It’s ultimately really damaging,” he said.

“Obviously Brexit has called into question so many uncomfortable truths for people here, questions about the very case of how you identify has been upended by Brexit and suddenly all these people who, all they care about is feeling British, feel like they are undermined by not feeling British enough. It’s a mess, that’s not changing.”

Mr Dornan described his experience attending Methodist College, a school which is mixed in terms of pupils’ backgrounds – although not in the officially integrated sector, as having shaped him.

He said the scenes in Derry Girls where the girls take part in cross community programmes reminded him of his school days going on a trip to the Share Centre in Co Fermanagh.

“I massively identified with Derry Girls, I get emotional talking about the finale,” he said.

“I know Lisa well, that’s about the soppiest text I have ever sent to anybody when I finished the finale, trying to tackle the nuanced complications of being from this part of the world at that time with such integrity and such humour is almost impossible, I don’t know how she managed to do it, it’s incredible and so poignant.”

He said those of his and McGee’s generation are now making the decision about where to send their children to school.

“We’re in a post-conflict society and your decision making on where to send your kids to school has altered,” he said.

“Methody shaped me… it was then slightly more Protestant than now, but also had a big international community. The mixing of all those different elements is a helpful thing, to have a broader understanding of what it’s all about.

“Division never felt real, it was never near the surface. It wasn’t a thing, I feel like as time goes on, the influence of the church is weakening.”

While most Protestant pupils attend controlled schools in Northern Ireland and most Catholic children attend maintained schools, both sectors insist they are not exclusive to single faiths and have increasingly diverse intakes.

Currently around 7% of schoolchildren in Northern Ireland attend a school officially designated as integrated.

Mr Dornan described the figures as too low.

“I have a strong understanding of why there would be certain factions of society who would be opposed to that faction being bigger, but I don’t think taking kids at four years old and dividing them, and deepening the idea of division and tribalism is the right way to go,” he said.

However he conceded some schools outside the sector, such as Methody, are more mixed than some realise.

“When people find out I went to Methody, they instantly think, ‘you’re just some posh prod’, I guess officially I kind of am, but I was also brought up non-religious, and I have never felt more Protestant than Catholic,” he said.

The event comes on the 40th anniversary of the founding of the first integrated school in Northern Ireland, Lagan College on the outskirts of south Belfast.

Dornan took part in an ‘in conversation’ event with artist Oliver Jeffers, Baroness May Blood and Hugh Odling-Smee about the future of the sector.

Mr Jeffers and Mr Odling-Smee, who both attended integrated schools, spoke about their experiences.

Mr Jeffers described an influence on his work as an artist, describing a theme of duality, and being able to talk to different people in different ways.

Mr Odling-Smee said during his time at Lagan College in the 1980s, there had been a Catholic chaplain, who he said took risks to be there.

“It’s a difficult issue, the place of religion, and where it sits in the school,” he said.

Baroness Blood, a long-term campaigner for integrated education, stressed the importance of the mix of backgrounds in terms of income as well as religious/cultural background.

She described the Catholic and Presbyterian churches as the biggest barrier to the expansion of integrated education.

But she said it is the future, adding she felt the churches are seeing more of their parishioners going to integrated schools.

She also revealed the current demand for integrated schools, saying 1,500 children were turned away last year.

Our Place in Space is running a programme of free events at venues across Belfast unyil July 3, which has included an appearance by Chelsea Clinton.