All of today's English Premier League results as Chelsea are beaten 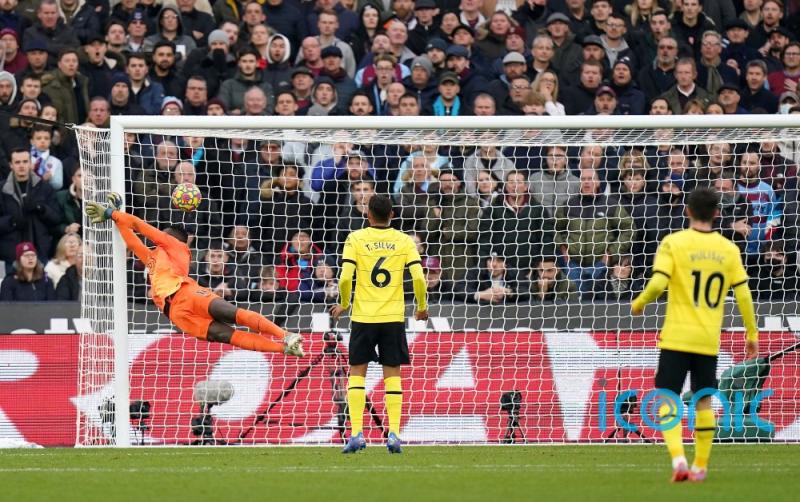 Thomas Tuchel’s pace setters led twice through a Thiago Silva header and a sublime goal from Mason Mount, but they were pegged back both times by a penalty from Manuel Lanzini and Jarrod Bowen’s strike.

Callum Wilson finally handed Newcastle their first Premier League win of the season at the 15th attempt as they rode their luck to see off fellow strugglers Burnley.

Eddie Howe’s men were decidedly second best for long periods in front of a crowd of 51,948 at St James’ Park but made the most of a slice of good fortune when Wilson blasted home his sixth goal of the season after goalkeeper Nick Pope had dropped the ball at his feet.

The 1-0 victory, which was a reward for hard work and doggedness rather than quality, lifted the Magpies off the foot of the table and, while they still have a mountain to climb, they have at least established base camp four games into their new head coach’s reign.

OngoingThe latest of last-gasp goals from Neal Maupay in injury time earned Brighton & Hove Albion a point at St Mary's. The Frenchman's goal eight minutes beyond the 90 denied Southampton a win that would have taken them into 11th spot in the table.

Armando Broja had given Southampton the lead just before the half-hour mark but the Saints are still in 9th spot in the table despite the late concession of two points.

The substitute fired in from close range in stoppage time just as it looked like the Reds would fail to score for the first time in eight months.

Chelsea’s 3-2 defeat at West Ham gave the Reds a path to the summit and they went top thanks to Origi’s late show.

Manchester City rose to the summit of the English Premier League on Saturday evening with a facile 3-1 win over Watford, during which they enjoyed almost 80% possession.

An early goal from Raheem Sterling in the fourth minute set the tone while a brace from Bernardo Silva either side of half-time ensured victory.

Juan Hernandez grabbed a late consolation for the home side who remain in the danger zone, currently just three points from the relegation places. Newcastle, Burnley and Norwich all sit three points below them but the latter two sides have a game in hand over the London outfit.