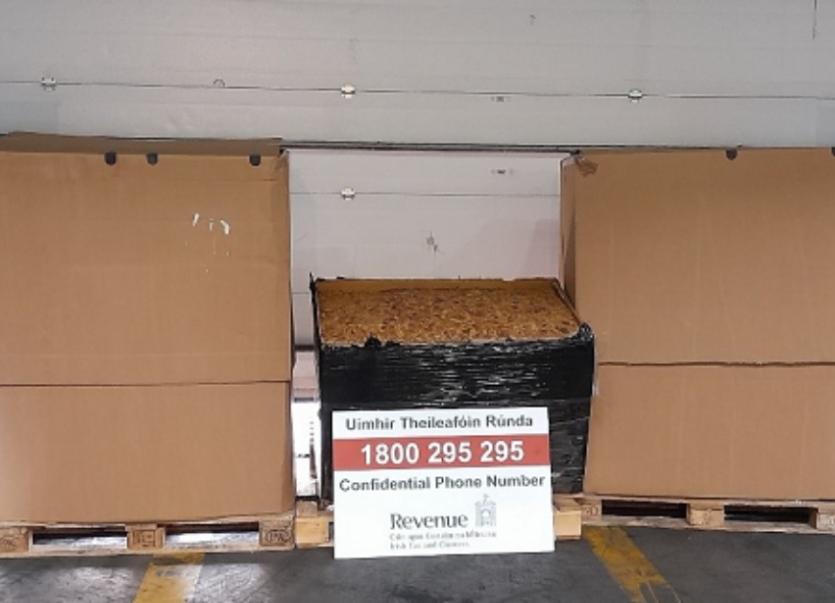 As a result of routine profiling, the tobacco was discovered at Dublin Port concealed in boxes labelled as 'printing paper'.

"The smuggled tobacco, with an estimated retail value of over €2.4 million, representing a potential loss to the Exchequer of approximately €2 million, was discovered concealed in boxes labelled as ‘printing paper’ which had originated in Germany," said a statement.

Revenue added that investigations are ongoing.

Revenue says the seizures were part of ongoing operations targeting the shadow economy and the supply of illegal tobacco products.

"If businesses or members of the public have any information regarding smuggling they can contact Revenue in confidence on the confidential free phone number 1800 295 295."