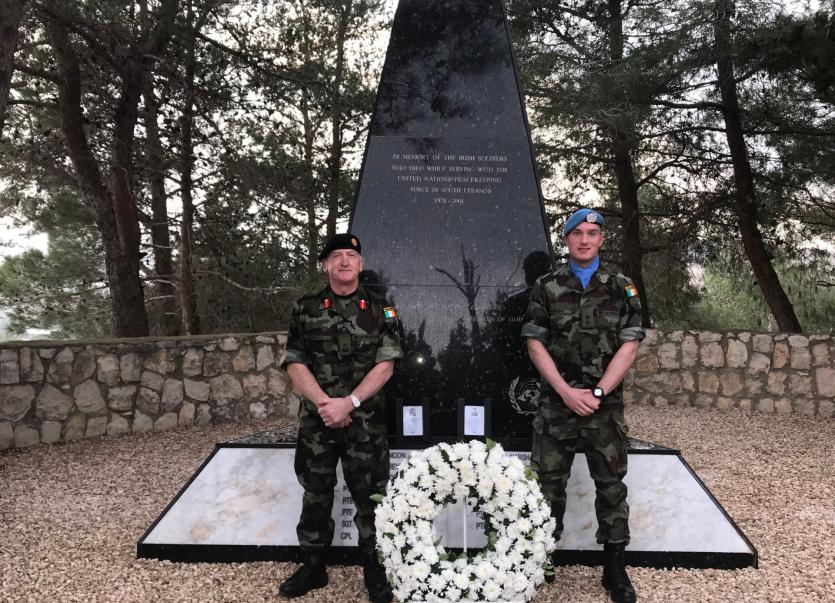 On the 14th of November, Óglaigh na hÉireann conducted a special ceremonial event at the memorial in Tibnine, Lebanon.  The ceremony commemorated the 47 members of the Irish Defence Forces who lost their lives while serving with the United Nations in Lebanon.

Deputy Chief of Staff Major General Kieran Brennan, a Kilkenny native, was visiting troops deployed there and laid a wreath in memory of the fallen members. He was joined by his nephew, Lieutenant Stephen Brennan, who recently deployed to Lebanon with the 113th Infantry Battalion.