'Song for Alice’ raises the roof 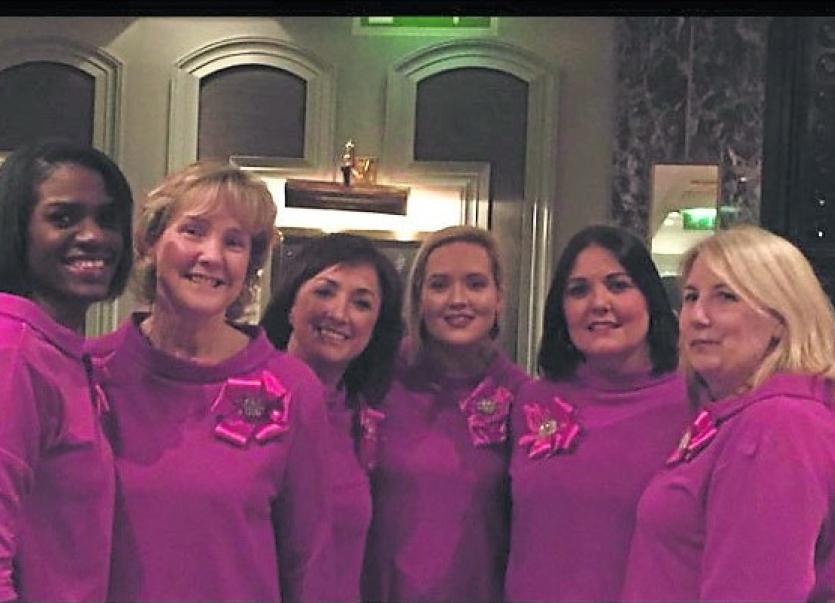 Members of the Aluna choir

The goodness and generosity of the people of Kilkenny was again to the fore, last Friday night, at the fundraising ‘A Song for Alice’ concert.

Organised to raise much needed funds for a young Kilkenny woman suffering from cancer, the special musical night went really well and has raised almost €4,000.

The funds will be put to good use as Alice Taylor, from Ballycallan, has finally started on the drug Pembro in the last few days.

At Friday night's event in The Set theatre, the Aluna choir were joined by Bold As Brass and Trilogy.

Aluna choir director, Frances Ryan, thanked all those who supported the concert, especially band leader James Rice, Pat Ryan, Sylvie Knox, MC George Candler and all the performers. She said they couldn't have staged such a wonderful evening without the support of Langton's who allowed use of the venue, Frank Salmon and Essaness who provided all the electrical and musical equipment needed free of charge, and the generosity of the local businesses who provided prizes for the raffle. “Good will is alive and well in Kilkenny,” Frances said, “thank you to everbody who supported us even in the smallest of ways.”

The Aluna choir will take part in the annual Christmas Carol Service, in the Black Abbey, on December 18.