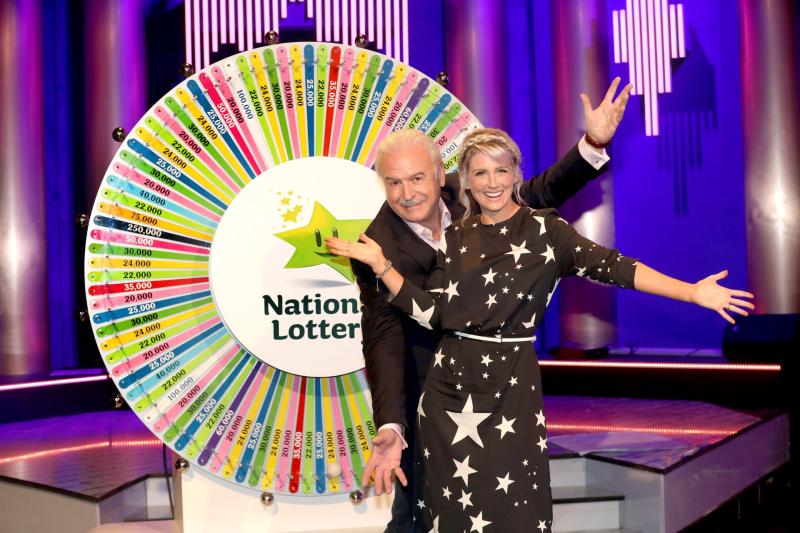 A Kilkenny man will make his second appearance on the National Lottery Winning Streak TV game show on RTÉ One this Saturday (27th April), 13 years after he won €25,000 on the popular show.

Dan Shanahan from Graignamanagh, Co. Kilkenny was having a chat with his fellow residents in Gahan Nursing home in Graignamanagh last Saturday while Winning Streak was on in the background. Someone had turned the sound down so he completely missed his name coming out.

It was only the next day when his nephew Michael called him to let him know the good news did he find out. Finding out that you are going to be on Winning Streak is a monumental feeling for everyone that gets to go on the show but this feeling isn’t new to Dan as this is his second time on the show.

He first appeared on the show on 18th August 2006 – almost 13 years ago. That time he took to the Winning Streak stage, alongside then presenter Derek Mooney, he won a cool €25,000 so Dan is certainly hoping to go one better this time and spin the iconic Winning Streak Grand Prize Wheel.

Dan went on the show six years after his loving wife Helen passed away. The couple had been happily married since 1955 and had 45 wonderful years together so Helen will be close to mind when Dan makes his second appearance on the TV game show this weekend.

Dan lives in a shared retirement living complex in Graignamanagh in Kilkenny where he has been for the past number of years. He is close to his four siblings who leave nearby, some of whom are coming along to cheer him on from the RTE audience as well as his nephew Michael and other members of family and friends.

With his winnings last time round, Dan treated himself to a new car. This time around he hasn’t made any plans but is looking forward to the show.

The Winning Streak National Lottery game show, co-presented by Marty Whelan and Sinead Kennedy, will be broadcast this Saturday evening at the earlier-than-usual time of 19:35 on RTÉ One. The games such as Play or Pay, Roll for Riches, WinFall and Electric Dream – where one player will win an electric car worth €25,000.

As ever one of the lucky five players will get the chance to spin the wheel and win up to €500,000.  Throughout this series a €100,000 segment will be added to the iconic Grand Prize Wheel every show if less than that was won in the previous show, improving players chances to win a massive prize.

Winning Streak scratch cards are available in the 5,900 National Lottery retailers all over the country, where as well as the chance to appear on the Winning Streak TV game show if you get three stars, players will also be in with a chance to win some great cash prizes up to €5,000.

The popular gameshow first appeared on our screens in September 1990 and since then a more than 6,000 people have taken part, winning in excess of €170 million in prizes. Winning Streak is the second longest running game show in Europe