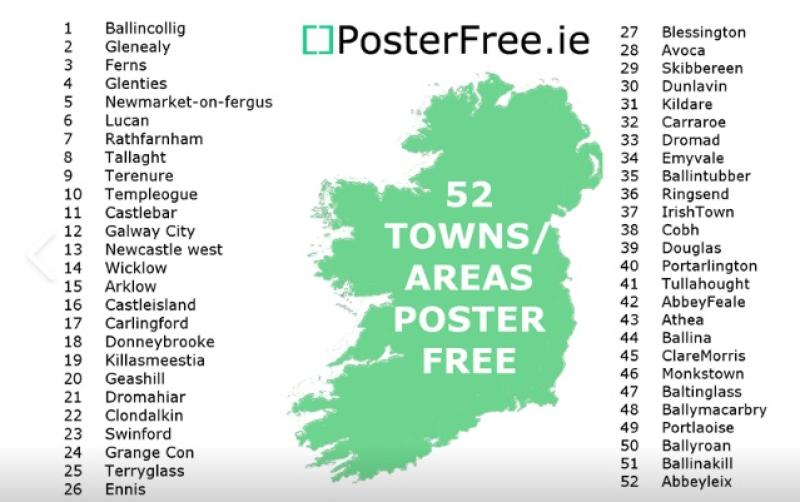 With just a month to go to local and European elections, just two communities in Kilkenny are included on a nationwide list of ‘poster free towns.’

The town of Callan has been added to Tullahought in the latest list from the ZeroWaste campaign group.

However six candidates have pledged to reduce, or not use posters at all across Kilkenny during this election campaign, according to Zero Waste.

Across Ireland 152 towns/ areas are now poster free across Ireland, along with 91 candidates.
A spokesperson for ZeroWaste thanked Tidy Towns committees and individual councillors who have been instrumental in securing these voluntary bans. “We are confident that many who haven’t yet committed to our campaign will come to support us in the near future,” the campaigners said.

The number of towns/ areas which are now poster free represent over 16% of all 2018 Tidy Towns entrants.
PosterFree.ie is now calling for a national voluntary ban to ensure a poster free election.