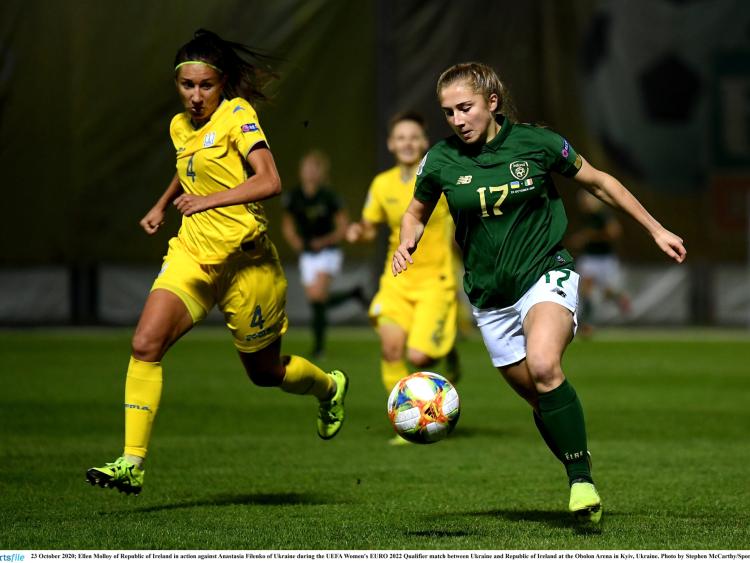 Kilkenny's Ellen Molloy continued her rapid rise through the international ranks when the youngster appeared as a second half substitute in the Republic of Ireland's narrow European Championship Qualifier loss against Ukraine this evening.

The Irish Women's side only needed a point to guarantee a playoff berth but an unfortunate own goal from Aine O'Gorman gave the hosts a badly needed win.

Irish captain and Arsenal star Katie McCabe squandered a spot kick during that opening half and no matter how hard they tried the girls in green couldn't force an equaliser.

The result means that Ireland are more than likely hoping that other sides can do them a favour with Ukraine now in pole position to snatch the second position in Group I.

Despite the defeat it will still be a night to remember for Molloy who emerged from the bench with five minutes remaining and the Presentation Kilkenny student can be more than pleased to have claimed her first cap at senior level.

Molloy recently achieved domestic league honours with her club Wexford and she has a very bright future ahead of her.