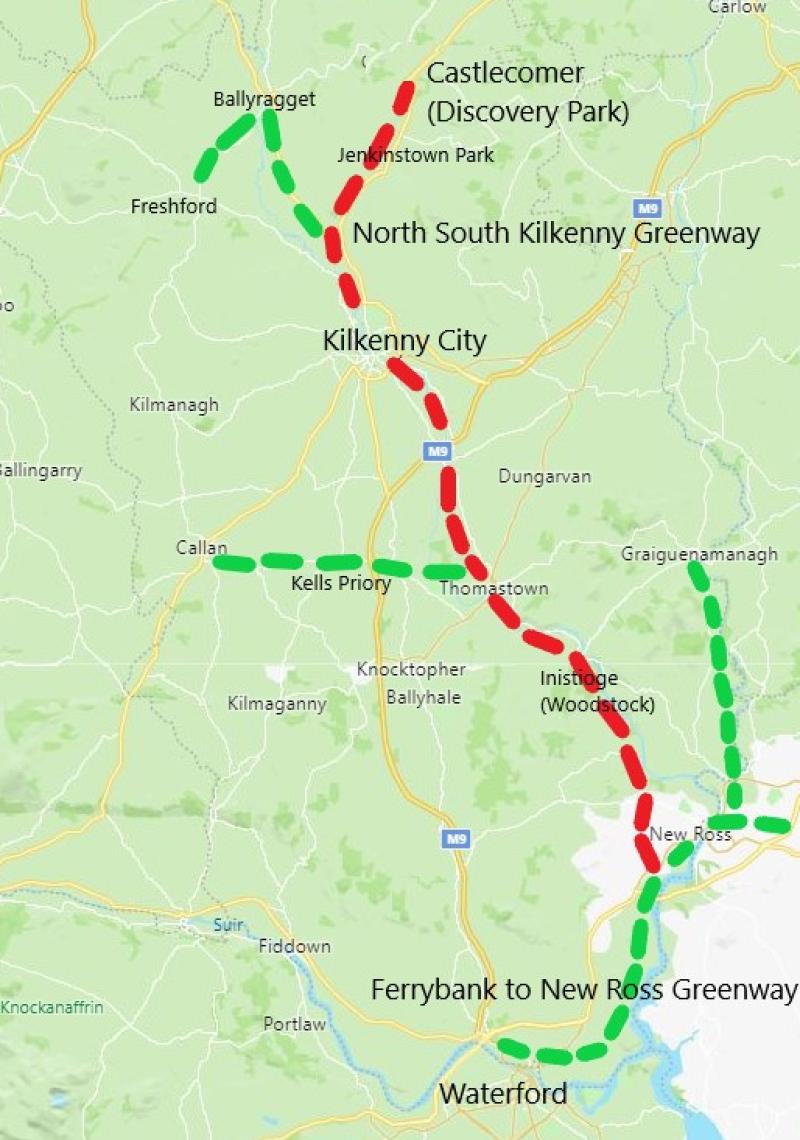 Plans for a greenway which would run the length of the county should be included in the upcoming County Development Plan according to a local councillor.
Councillor David Fitzgerald has raised the possibilty of the potential route for a greenway to link Castlecomer and the Discovery Park in North Kilkenny to the south Kilkenny greenway in Glenmore and Waterford/ Wexford.
“The proposed route could reopen disused parts of the old Castlecomer / Ballyragget rail line closed in the 1950s. The Greenway would join with the Weir Linear walk through the City and follow the existing riverbank walk to Inistioge and Woodstock. 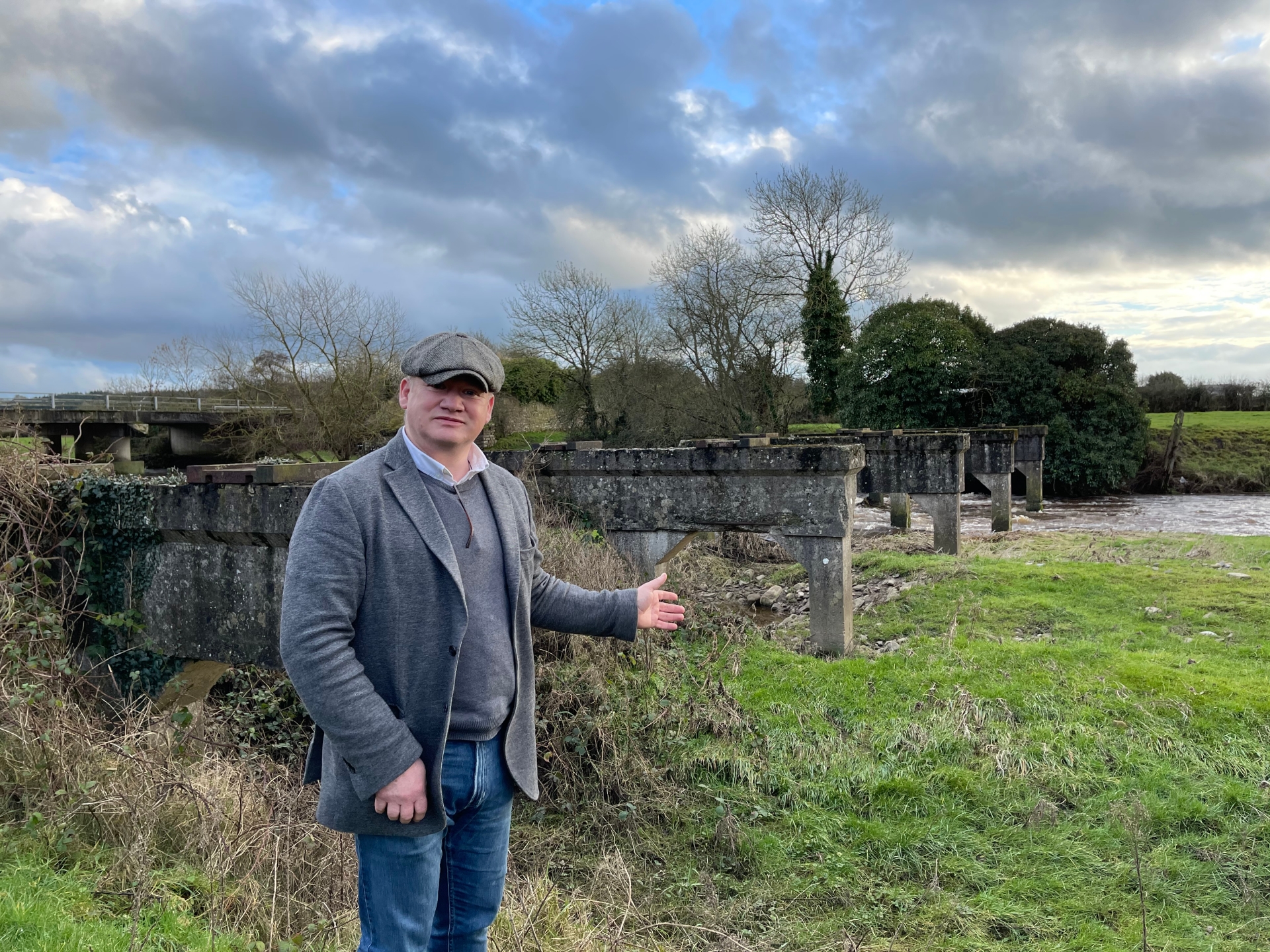 “I have proposed that the development of a North-South Kilkenny greenway be added as a strategic objective of the new draft Kilkenny City and County plan 2021 to 2027,” he said.
The Fine Gael councillor also highlight how the potential greenway route could allow for walking routes to be developed to Jenkinstown Park, Kells Priory, Graignamanagh and Freshford.
The proposed route would run alongside the remaining pillars of the Castlecomer railway bridge over the Dinan bridge outside Castlecomer. This rail line was the last line constructed under British rule after the first world war to transport coal and passengers from Castlecomer to the main line in Kilkenny.
The government has allocated €360 million for walking and cycling projects in 2021, including €50 million for Greenways. Rereational and amenity spaces are in more demand than ever with the ongoing pandemic and evidence-based research which shows that there is a greatly reduced risk of spread Covid-19 when outdoors.
“I hope this proposal is included as an objective in the County Development Plan and it becomes our stated policy to have a north to south greenway. If we have it planned and included in the plan then we can apply for department funding,” he said.
The councillor also added that the Covid pandemic has been ‘an eyeopener’ to the open countryside that surrounds us.
“This open green space is a real strength and we must use it in the best way we can so that people can get real benefit and enjoyment,” he added.
The Draft City and County Development Plan sets out the proposed policies and objectives for the physical development of the city and county to 2027. The Draft Plan is on public display until March 12 by appointment at the planning department at County Hall or online at /Consult.Kilkenny.ie/ or at https://ourplan.kilkenny.ie.