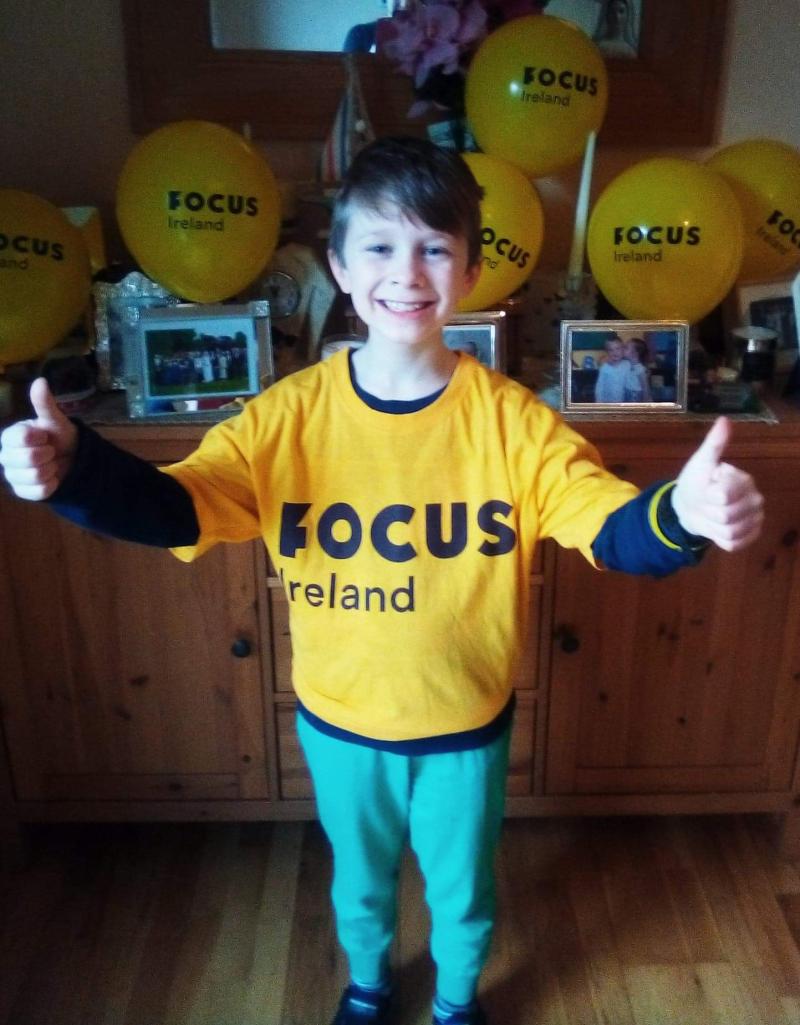 A compassionate and thoughtful young from Kilkenny has been using his time in lockdown well.
Nine-year-old Michael Coogan has raised a fantastic €860 for Focus Ireland by running 80kms in 30 days!

Michael, who is in third class at St John’s Senior School in the city, was inspired by a television advert and designed his own challenge - making sure it was difficult!

Claire, Michael’s proud mam, explained that he just happened to see a television advert for Focus Ireland one day and was struck by the plight of people who are homeless.

Michael put a lot of thought into what his challenge should be. One of the conditions, he thought, should be that it was tough so that more people would support him. First he was going to walk, but then decided to run because that was more of a challenge.

He roped his dad in to run with him and over 30 days they ran either on the Kilkenny City Ring Road or in the Castle Park, staying within 5km of his home in Meadow Way.

With a goal of €150 Michael was delighted as he saw donations rise to €860.
“I’m so proud of him,” Claire said. Michael was very tired at the end of his challenge, but has a huge sense of achievement and is delighted with the money he has raised.