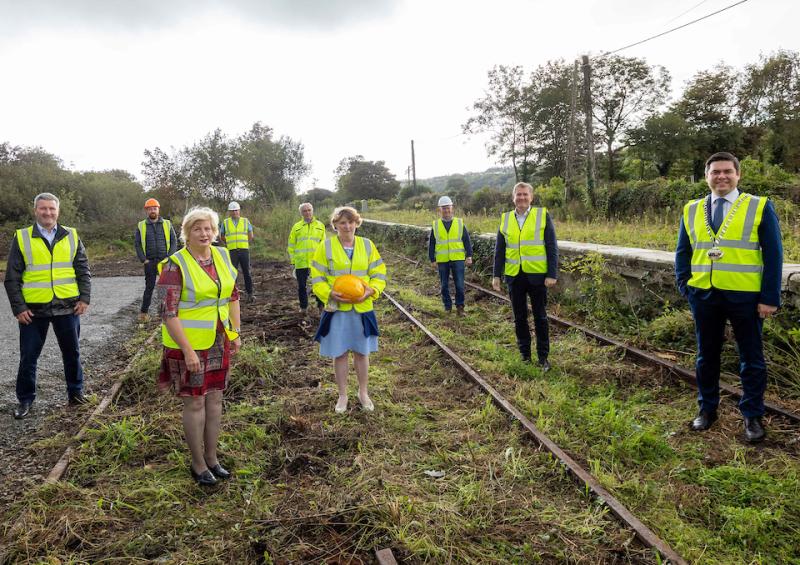 The official opening of the South-East Greenway has been delayed because of the construction shut-down as part of Covid measures, but other steps in the development of the project are continuing.

Planning Applications
Planning applications for two parts of the South-East Greenway are about to be lodged.
Director of Services Sean McKeown told local councillors that the first will be for the access ramp from the Greenway to Abbey Road, at the point where the humpback bridge crosses the greenway. This will be for pedestrian and cycle access down on to the greenway. This point will be a terminus until the Waterford North Quays are developed.
The second planning application will be for the temporary construction compounds for Lot 1, 1.8km from Abbey Road, and Lot 2 apx 10km further. These will be in vacant, unused land beside the greenway.

Casual Trading
Kilkenny County Council intends to do a review of casual trading bylaws and will incorporate this into the greenway policy, said Director of Services Sean McKeown.
Other local authorities have adopted policies that don’t have casual trading bays along greenways. There is time to have a policy in place before the opening of the greenway in Spring 2023.

Business Development
The post of Business Development Executive, who will encourage business associated with the Greenway, has been advertised and there are quite a few applications. This will be a three year contract and it is hoped to have someone appointed shortly.