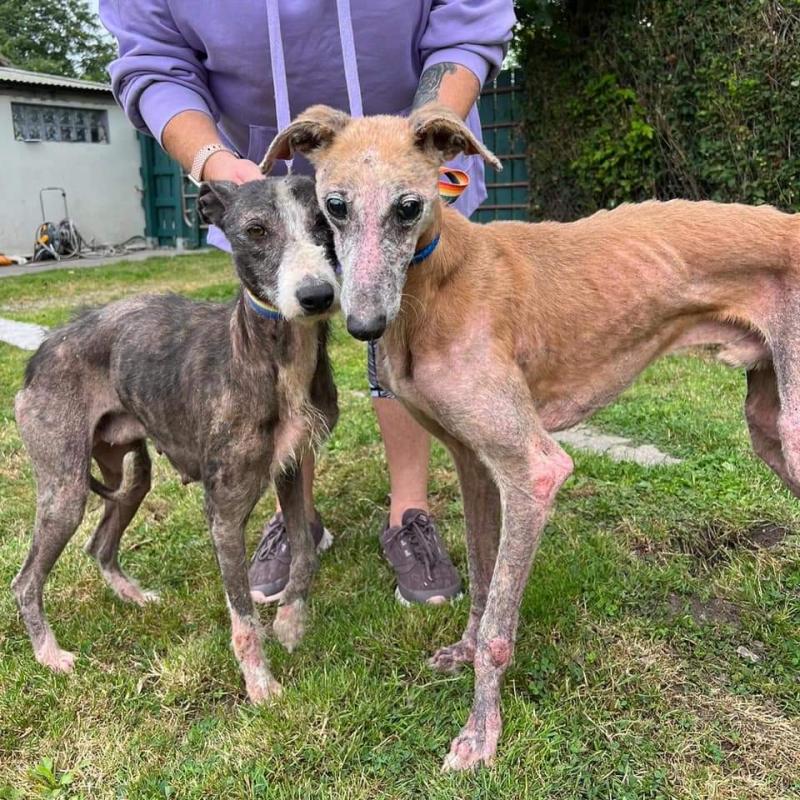 Lurchers Maisie and Victor were found emaciated and injured, left by the roadside. They were taken in by Paws, and are now doing much better after veterinary care and help from staff

It is a sad state of affairs to see a local animal rescue shelter facing mounting, unsustainable vets’ bills as increasing numbers of dogs are surrendered or abandoned to their miserable fate.

Shelters provide a lifeline for these dogs, but it seems that Paws Animal Rescue is operating only as a result of the hardworking, caring staff and volunteers and also on goodwill and donations from the public. It is heartening to see people reach into their pockets to help out the charity, but it is a shame that it has come to this at all.

It’s an old idea that much can be judged about a person by how they treat animals. And the stories are well known: Emaciated animals being left without a backward glance. A dog passed its best years surrendered as it is no longer worth the effort.

The embarrassed €50 note may be handed over as a means of some kind of compensation toward the care of the no-longer-wanted, unchipped and not neutered animal, when the vet’s bill for just that will far exceed that amount, before ever it is fed and cared for. It may well never be rehomed.

The pandemic played its part, and despite multiple appeals, people went out, sourced and bought pets that they were never going to be able to keep in the long term. The shelters and pounds are now reaping what was sown by those irresponsible owners.

No room on the bus
It seems incredible that the problem of a lack of school bus places comes up every single year, without fail.

It’s not like nobody could have foreseen it; the problem rolls around again each year like clockwork, yet here we are again in August, with dozens of local families wondering how they will get their children to school. For working parents or those with several children, it’s a serious crisis.

It is hard to believe the Government has not been able to address it. A solution must be found urgently to allay the stress and anxiety caused in recent days.