Kilkenny shows up for final national indoor race of season 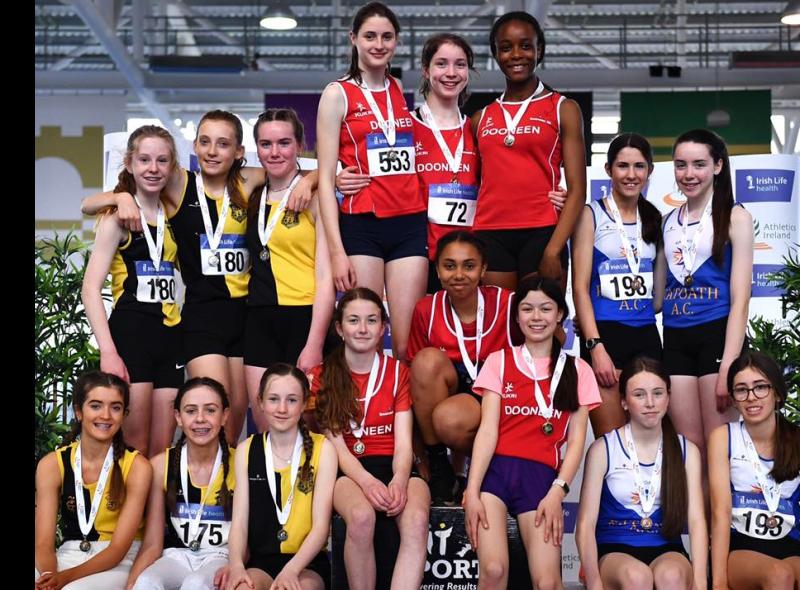 KCH Girls u15 second team with other athletes

It has been an action packed 2022 Indoor season with lots of excellent competition.

Two years has been a long wait but for Kilkenny athletes, the wait has been worth it. Last Saturday National Juvenile Indoor Relays and some final field events was held in Athlone. This marks the end of the indoor season and athletes will now look forward to the track and field which will kick off in a few weeks’ time.

For seniors the spring road-racing season has already begun and this will run parallel with the track and field right through the summer. There are two big club events coming up soon.

The first is the Streets of Kilkenny, hosted by Kilkenny City Harriers (KCH) which will be held in the city on Thursday, April 14 at 7.30pm. The race will be centered around Kilkenny’s medieval city centre and the banks of the Nore. 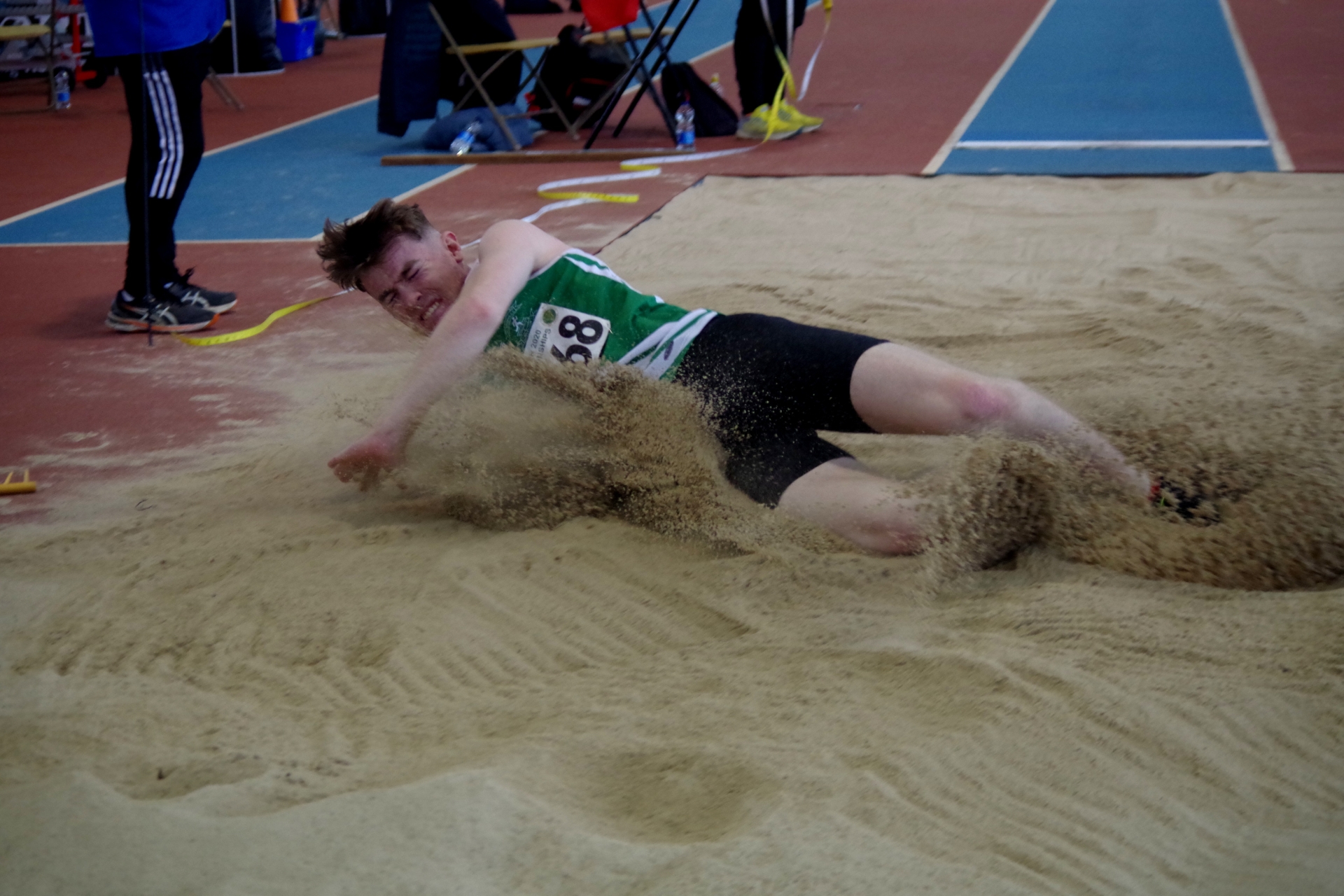 On Easter Monday, St Senan’s AC will host their track and field at the sports complex in Kilmacow. This popular event is one of the longest running open track and field events, now in its 41st year. It usually kick starts the track and field season for most athletes.

All-Ireland Juvenile Indoors Athlone
Just three medals made their way back to the county from last weekend’s relays and remaining field events. But there were plenty of outstanding individual and team performances from athletes who may not necessary have made the medals this time, but certainly will be in contention when it comes to making their mark for them in the up and coming track and field season.

Seasoned followers of athletics will know, that the result from the indoors is not always the same for the outdoors.
Evan O’Toole (St Joseph’s) kick started the day with a bronze in the boys’ under-19 triple jump. Jumping 12.32 he was 15cm adrift of the silver medal, which in terms of triple jump can often not been that much. This is Evan’s second All-Ireland medal from this year’s All-Ireland indoors, having claimed gold two weeks ago in the high jump.

Alex Cullen (KCH) may have taken bronze in the boys’ under-17 long jump but there was something more meaningful from this competition that the KCH man will away from the event. Alex broke the magic 6m barrier for the first time, when he jumped the amazing distance of 6.02m. This was achieved on his final jump.

Breaking the 6m barrier in the long jump is something many of these juveniles strive for. Often the sense of achievement and confidence they gain from this one act, can propel their season forward to a great extent within a short space of time. He finished a tantalising 3cm behind Daniel Quirke of Greystones.
For Louis Raggett (KCH), a year younger than Alex, he was in the unenviable position of being in four th place and just a single centimetre behind Alex Heeney (Clane) for the bronze medal and just 3cm behind Tadgh Stephenson of Cabinteely for the silver. With the second, third and fourth athletes so close, this will make the outdoor season a very interesting competition to watch.

Another athlete in fourth place was Keelin Roche (St Senan’s) who had a little difficulty getting his mark right on this occasion in the boys’ under-18 triple jump. Roche collected a silver two weeks ago in the long jump.
The only relay medal that made its way home to Kilkenny was that of the girls’ under-15 team who produced an outstanding performance to take silver against an incredible Dooneen team.

This Limerick team set a new championship best performance. The KCH quartet of Aoibhe Quinn, Ruth Crowley, Clodagh O’Callaghan, Molly Daly ran a solid race in their heats to finish second and qualify for the final.
As a team, their baton changing and take offs were excellent. While the girls chased down the Dooneen girls hard, the final result saw very little difference between the two teams.

The KCH girls produced a new personal best in the final. The subs on the team were Martha Bergin and Kate Maher.
Throughout the day there were personal best galore across the relays teams with the St Senan’s girls’ under-18 achieving a personal best (PB) while six out of the seven KCH relay teams that competed also set new records. KCH had seven relay teams in total, with just one silver but three fourth placing teams.

St Senan’s Open
This marks the end of the 2022 indoor season. The athletes will now embrace the track and field season and the variety of events it has to offer. Easter Monday sees the first event in the county, the St Senan’s AC open track and field.
With a spring middle distance race for all ages, along with high jump, long jump, shot, javelin and race-walking, this promises to be an action packed season opener.
University Competitions

The University track and field season at home and abroad has already kicked off. Domestically, saw the DCU v Cardiff challenge last weekend along with the Trinity v UCD colours event. Next weekend the Irish University National Championships (IUAA) will be held at IT Carlow.

In the USA, Peter Lynch and Shay McEvoy continued to grace the tracks with two new PBs from last weekend’s competition.
Competing in the Stanford Invitational in California. Shay took part in the Section two 5,000m and stormed home in seventh place with a new PB of 13.46. Peter Lynch was one of Tulsa’s three runners in the 10,000m event. He finished 17th in a time of 28.37, which for Peter is also a new PB.