The animal was burnt with a car cigarette lighter 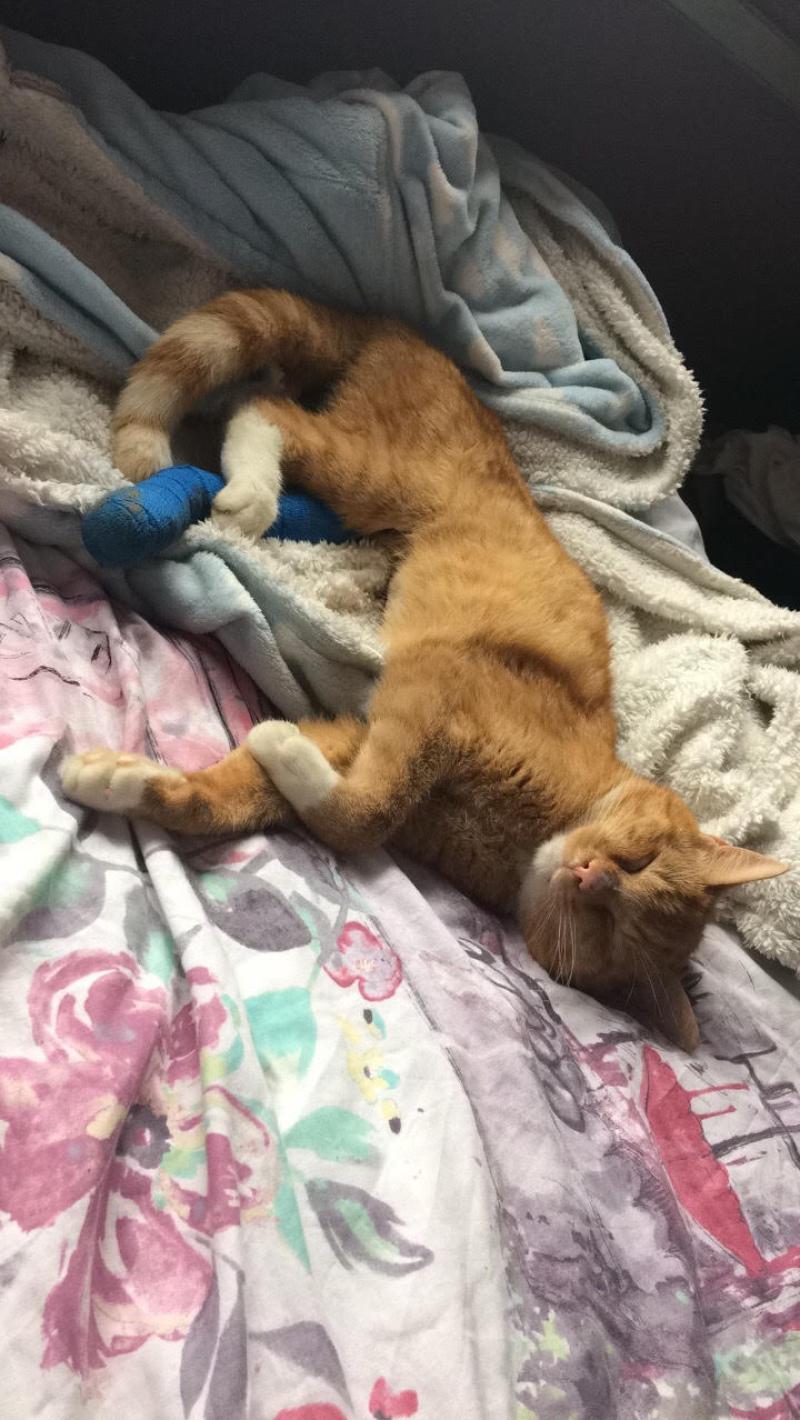 Simon lost a lot of weight

Nursing student Kate Burke, 22, discovered last month to her “absolute horror” that her cat had been brutally attacked and tortured by someone in the area or someone passing through in an act of cruelty.

Kate, who is from Kilmanagh, started a fundraising campaign to help her pay for the cat's medical treatment and almost €300 was donated in just a few days and she has thanked all those who helped raise the money.

Speaking to the Kilkenny People about her pet's injuries, Kate said a human committed this “act of cruelty” and appealed for information and to anyone who may have seen anything suspicious on the Friday night and Saturday of July 14 and 15.

Kate said: “The vet thought it looked like a cigarette lighter and the vet got the one from his car and it was the exact same size and shape.

“The vet said the burn was so deep into his skin someone had held him for at least a minute. At first we thought he'd been in a fight but then we realised given his injuries, a human had done this.

“He had been held down and burned with a car cigarette lighter, which went so deep it damaged nerves and became infected."

She claimed: "The attacker also took a blade to his inside leg, leaving a deep cut the length of his leg, resulting in a very dangerous infection, loss of muscle as well as a lot of skin and nerve endings and rendering him unable to walk of sit upright.

“He was treated in the vets from Monday , July 16 until the following weekend. He's home now and he's not been eating well but thankfully he's doing okay.

“He has to go back into the vets every second morning to get the dressing done. He's slowly healing and is on antibiotics and painkillers."

Kate says Simon is more than just a pet, he is a “much loved” member of their family.

She added: “It was a deliberate unnecessary act of cruelty. I do not know who did this to my cat or why."