Update: 'Light up the Night' truck and tractor run in North Kilkenny cancelled 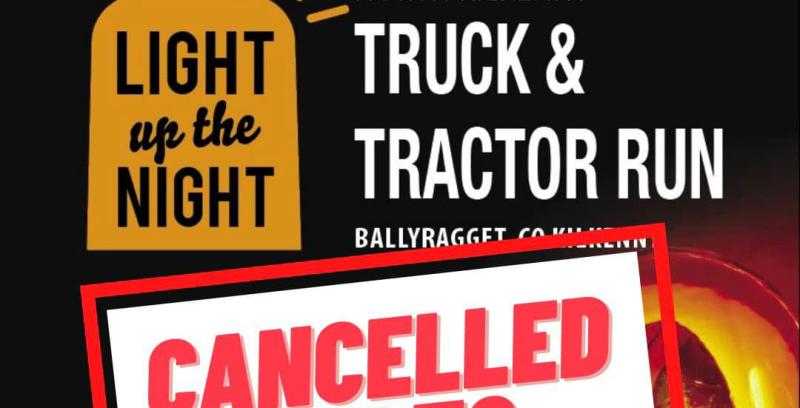 Popular event cancelled ‘in the interest of public safety’

The annual New Year’s Eve truck and tractor run in North Kilkenny has officially been called off.

Event organisers made the difficult decision to cancel this year’s event ‘in the interest of public safety’.

The decision, made ‘with the heaviest of hearts’, was due to the recent upsurge in the transmission of Covid-19.

“We are greatly aware of how much you were all planning and greatly looking forward to this event,” organisers stated. 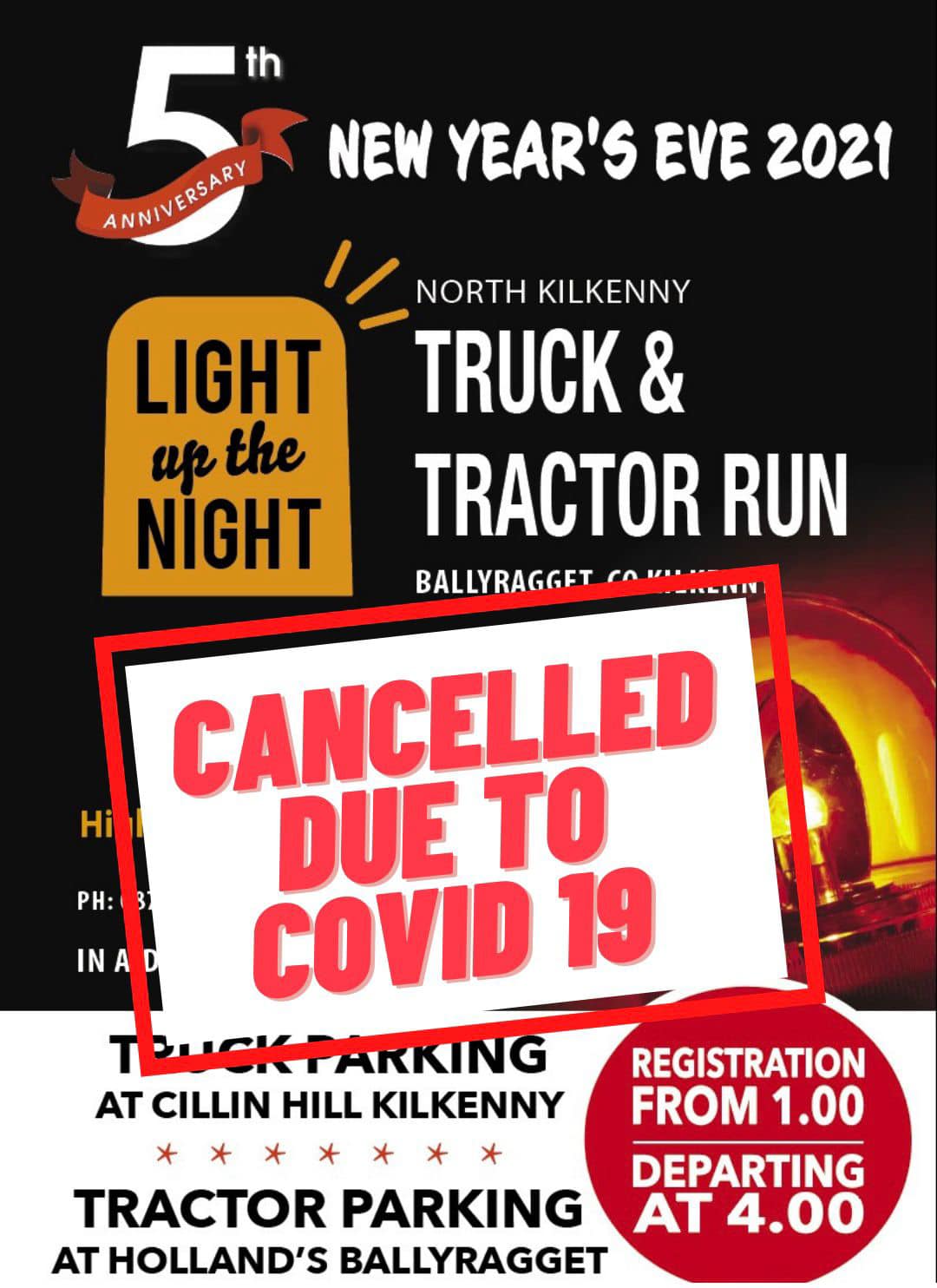 “At the end of the day the committee has nothing but the concerns for the health, safety and welfare of its volunteers, supporters, participants and their families in their thoughts while having to make such a decision.”

The run has fast become part and parcel of New Year’s Eve around North Kilkenny with convoys travelling through many of the local towns and villages.

To date over €50,000 has been raised to help spread the awareness of suicide and to fund organisations dealing with mental health issues.

Event organisers further stated that they will continue to offer their support to the groups and organisations working in their community to create suicide awareness and offer help with mental health issues.

They also thanked all the supporters, volunteers, those who already donated to this event as well as those who had intended on participating.