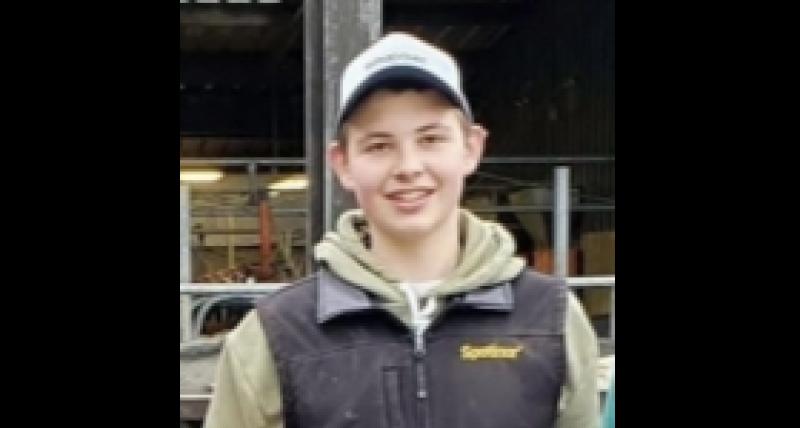 Heartfelt tributes have been paid to a teenager from North Kilkenny who tragically lost his life in a car accident, last week.

17 year-old Cian Mooney was a passenger in a car that crashed at Dowling, Piltown, on the evening of April 13.

A cherished son and brother, talented hurler and enthusiastic student, Cian’s loss will be felt deeply among his many friends and loved ones.

Following the accident two other occupants of the car, also both male, were taken to University Hospital Waterford for treatment.

Cian lived in Moneenroe, with his family, was a member of Cloneen Hurling Club in Clogh and a student at Kildalton Agricultural College, in Piltown. Both organisations have paid tribute to the young man.

Cloneen Hurling Club, in a statement, said the club and wider community are deeply saddened at the sudden and tragic passing of Cian. Cian was an admired and respected member of the hurling club and described as “a talented hurler at all juvenile grades” and recently made his debut for Cloneen’s Junior team.

“Cian had a presence that would brighten your day and he will be greatly missed by all.”

Heartfelt and sincerest condolences have also been extended by Cian’s college community in Teagasc Kildalton. The accident happened close to the college.

“Cian was a popular and dedicated dairy student and was excelling in all areas of his studies.  Cian embraced the learning and opportunities afforded in Kildalton college and all staff wish to extend their deepest sympathies to his family and friends.

“Teagasc also send thoughts and best wishes to the other students involved in the accident and those who arrived to assist on the scene.  Kildalton College is supporting its students at this devastating time as they mourn the loss of their friend and classmate.”

Cian is survived by his broken-hearted parents Sylvia and Eamon, and his sisters, Beibhinn, Caoimhe, Saidhbh, and Méabh, his grandparents, Eamon and Mary Mooney, and Norman and Dorothy Leeper, his uncles, aunts and cousins, as well as a wide circle of friends and his classmates.

A funeral service for Cian was held at his home on Monday.