A master confectioner by trade, Christy was a man who lived life to the full 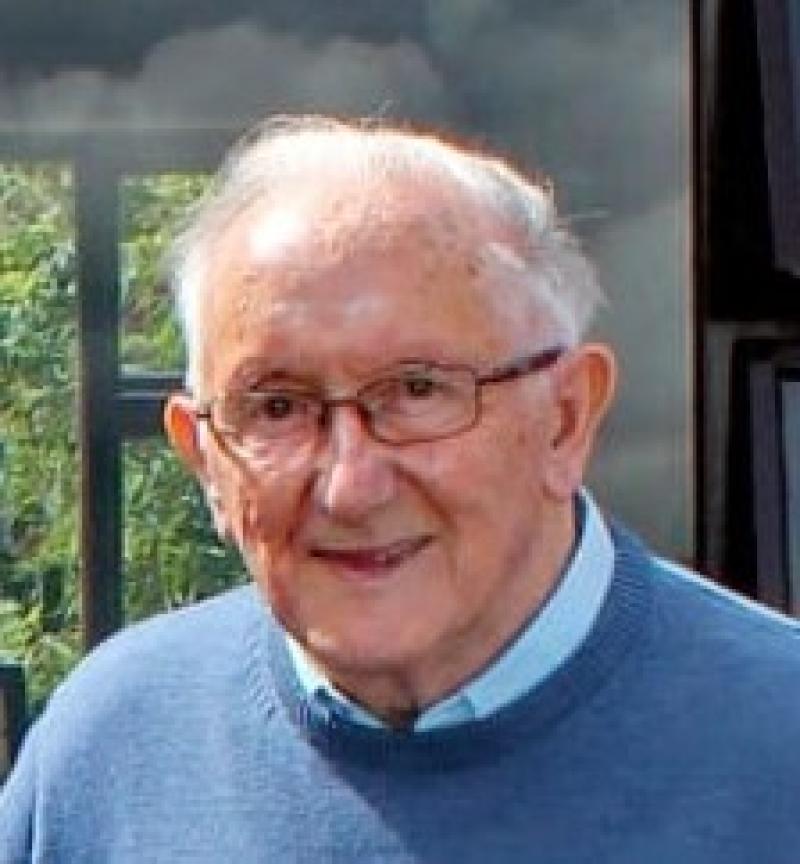 The death of Christy Stafford was heard of with great regret in the Thomastown community, where he lived for 93 years.

Christy was one of three children born to Tommy and Bridie Stafford. Christy was the last surviving member of the family. The three siblings died within a period of 11 months. His brother, Sean, died in August 2020, aged 96, his sister, Kathleen, died in December 2020, aged 99 years and Christy died in July aged 93.

Christy lived life to the full and was very popular and a favourite of all. He loved socialising and meeting up for a drink and a chat. Many a great night was had in Rosehill House Hotel with his friends, many of whom have long since passed on.
Memories too of the many hurling tournaments played during fetes in Knocktopher and the craic afterwards in Pakie Carroll’s yard. Some memorable trips were also made to London over the years with his Thomastown buddies.
Christy loved a sing song and he had a great voice, one of his favourite ballads being, ‘I wish, I wish, I wish in vain, I wish I was a youth again’.

Galway Races
At the funeral service, many remarked on the fact that he should pass away during the Galway Races as he never missed the annual event. His holidays were invariably booked for July each year and nothing interfered with this.
Many will have fond memories of Christy and he will be mourned by a large circle of friends and neighbours.
He spent all his working life in Comerford’s Bakery, Thomastown where he was a master confectioner. Excerpt from Joan

Cleere’s ‘Diary of a Working Girl in Thomastown’, published in the Duchas journal ‘In the Shadow of the Steeple:

“Christy began working in Comerfords in 1942 at the age of fifteen for the weekly wage of 10 shillings a week. He retired in 1992 having spent 50 years working there.

He has great memories of his time in Comerfords and enjoyed working with the many people who passed through during his time there. In turn, people contacted during the writing of this article had nothing but good to say about Christy and were loud in their praise of him as a colleague and friend.

He recalls delivering bread on a bicycle for a time and then progressed to a pony and trap driven by Willie Heafey. Comerford’s first van was an old army Bedford.

On one occasion a delivery of bread to Mount Juliet in a turf lorry driven by Christy’s neighbour and friend, Joe Maher, was not appreciated by Major McCalmont.

The confectionery was set up in the late 1940s and it rapidly developed a reputation for fine confectionery throughout the South-East. It gave employment to many people in the area and was a great place to work.
Christy Stafford, who spent all his working life in Comerford’s, was in charge and his friendly manner helped many a newcomer to blend in easily.

While wedding cakes were all iced by Joe Comerford, birthday cakes were Christy’s responsibility. In addition to wedding cakes, a wide range of cakes were produced in the confectionery, including, sponges, madeira cakes, fruit cakes, ginger cakes, apple tarts, and endless fancy cakes and pastries.

The poor relation was the chester cake, about which all sorts of tales were told. The ingredients were basically cakes which were a few days old and these were mixed together and covered with a thin layer of pastry and then cut in squares. The result was a tasty snack which proved popular.”

When Christy retired, a get together was organised in Johnny O’Brien’s pub, Thomastown and his long-time colleague and good friend, Sean ‘Gosh’ Challoner penned a tribute as follows:

“A few words to say about Christy
A man who I greatly admire
Honest soft gentle efficient and qualities
That greatly inspire.
No order was too small for Christy
He tackled them all with good heart
You can be sure that when Christy was finished
It would undoubtedly be a work of art.
Fifty years of unselfish devotion
A record not many will break
Long life health and happiness
Be the icing on his cake
And when his time does come to be called up
The angels they will be rejoicing
At last they’ll have an archangel named Christy
Show them how to do icing.

Of the three siblings, Christy’s brother Sean was the only one to leave Thomastown, for Galway, where he embarked on a teaching career, met and married Máire and raised a family of five.
Kathleen became the homemaker and the brother and sister lived together in Ladywell, Thomastown.
When Sean died in August 2020, his family received a letter of regret from President Michael D Higgins.

“Seán will be remembered best for the support, encouragement and opportunity that he provided for hundreds of actors, playwrights and directors to practice their craft through the Irish language and for the joy this brought to audiences over the decades.

“With his wife, Máire, who predeceased him, Seán had a hugely positive influence on cultural life and on the Arts in Ireland. As a nation, we are indebted to them both. Seán was a good friend to Sabina and me and we would like to express our deepest sympathy to his children Ruairí, Fionnuala, Maelíosa, Órfhlaith and Conall, to his extended family and friends”.

Christy died peacefully on Friday, July 23 at St Luke’s Hospital Kilkenny. He was predeceased by his brother, Sean and sister, Kathleen. Deeply regretted and sadly missed by his loving family: nieces, Fionnuala and Órfhlaith, nephews, Ruarí, Maeliosa and Conall, neighbours, carers and friends.

Requiem Mass was celebrated by Rev Dan Bollard in the Church of the Assumption. Interment took place in St Mary’s New Cemetery, Thomastown, Kilkenny where a large crowd gathered, observing social distancing, to pay their final respects to one of their own.