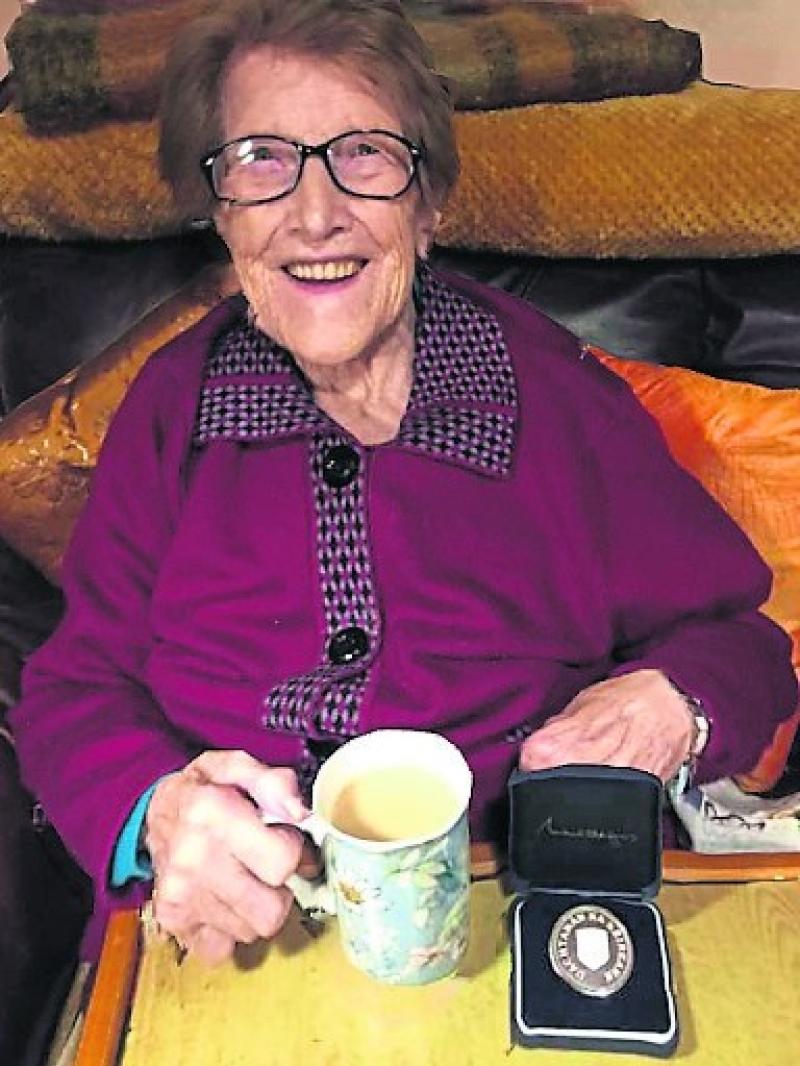 Windgap lost its oldest resident when the peaceful death occurred at her home in Seskin of Mai Phelan (née Dunne) on Sunday, September 26. Mai was aged 101 and nine months.

Since her 100th birthday Mai had counted the days to reach 101 and then continued with a new goal to reach 102. As she had counted to 101 years, nine months and 20 days she was still in firm belief of reaching 102.

Born Mary Elisabeth Dunne on December 4, 1919, in Kilbricken, Callan, Mai was part of a farming family. She lived a full life from farming to working in London and back to farming when she met her husband John Phelan and married in 1954

During her long life she experienced huge changes in the world. Born when Ireland was still part of the British Empire she lived through the War of Independence, Civil War, economic hardship and World War II, as well as the introduction of electricity, running water, indoor bathrooms, cars, radio, television, computers, mobile phones, not to mention the enormous changes to the way of farming.
Despite this Mai kept abreast of all these changes and improvements to her lifestyle and the introduction of new technology, even learning how to use the iPhone.

Her long life is attributed to determination and zest for life, but most of all to her faith and trust in God.
She had numerous interests, from the ICA to the garden club and Tidy Towns. She loved all sports, the parish community, the day care centre and residents, as well as playing cards, painting and socialising - always with a smile, laugh and joke.

As a mother she was a councillor, supporter, confidant, guidance, best friend.
She will be greatly missed by her family Kathleen, Willie, Ted, Michael and Donie; daughter-in-laws; grandchildren; relatives and friends. She was predeceased by her son Jim and husband John. Sincere went to all who offered their condolences and help, especially Fr Fergus Farrell PP, the choir, the home help girls for all their love and attention to Mai.

May the loving sod of Windgap rest lightly on her gently soul. RIP Mai
You can only have one mother
Patient kind and true.
No other friend in all the world.
Will be the same to you.
When other friends forsake you,
To mother you will return,
For all her loving kindness,
She asks nothing in return
As we look upon her picture,
Sweet memories we recall.
Of a face so full of sunshine,
And a smile for one and all.
Sweet Jesus, take this message.
To our dear mother up above.
Tell her how we miss her,
And give her all our love.