She loved tending to her garden, travelling, dancing and was a lifelong member of the Pioneers 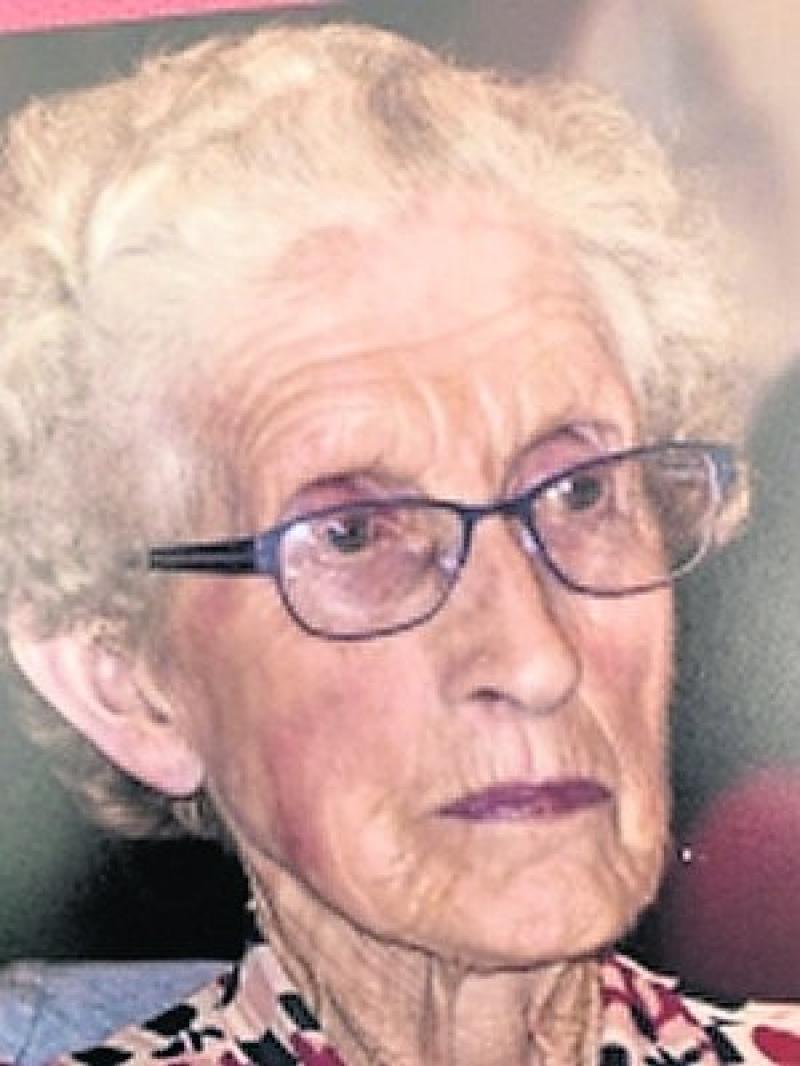 The peaceful death of Maura Grant occurred at the University Hospital Waterford on September 15, following a short illness.

A farmer’s daughter from Lismatigue, Hugginstown, Maura’s parents were Thomas Ryan from Tullogher and Ellen Hanrahan from Lismatigue. It was from there that Maura started her school days and, afterwards, worked with her parents and sister Alice on the family farm.

Maura had lived a long, active and busy life for all of nearly 92 years.
In 1964 Maura married Paddy Grant of Knockmoylan in Ferrybank Church. The couple took up residence in Smithstown, Mullinavat, which was to be home to her up to a few weeks prior to her passing. With Paddy, son Richard and family relatives, they holidayed in many places, the west of Ireland, Killarney, West Cork. Paddy and Maura never missed a summer without going some place with the caravan ion tow; it was really something that she loved. She also went overseas, to as far away as Australia.

Maura and Paddy loved dancing and were regulars at Carroll’s of Knocktopher, dancing to all the best bands and groups, spanning almost 30 years.

Busy Woman
A busy woman, Maura tended to the farm and animals and had a great and lasting interest in poultry, selling the eggs to locals and friends. Maura loved colour in her garden, flowers, plants and in particular roses, which adorned her neatly kept residence outside. When she had a good show of colour on her roses she was happy. Maura kept up her appearance in good dress right up to her passing, as well as dancing and her great interest in the songs of Daniel O’Donnell, she was an active member of many organisations and women’s groups like The Ballyhale Ladies guild, the Active Retirement association in Mullinavat, the Pioneer Total Absence Association (PTAA), of which she was a lifelong member, the farm family group, South Kilkenny and the rod iron vintage club.

Kilkenny hurling, Brian Cody and all involved were much talked of in Maura’s life and when able attended games as well. As Fr Barron said, so kindly, she was always going, doing something and coming to mass in rain and shine right through her life.
Religion was high on her agenda and she went to Knock and other holy shrines on a regular basis over a long number of years.

She is survived by her husband Paddy; son Richard; sister Alice (Murphy); nephews Thomas, Matthew and Nicholas Murphy; other relatives and friends. The funeral and burial was held in St Beacon’s Church and cemetery. Fr Liam Barron PP, was the celebrant and paid a lovely tribute to a senior citizen, great parishioner and a great attendee to her religious duties.
The beautiful singing of hymns was performed by Megan Butler of Skeard, Kilmacow. The readings were read by Thomas Murphy (nephew) and Liam Grant (godson) while the prayers of the faithful were read by Matthew Murphy and Carol Keane.
A single offertory was presented by Dan Fitzpatrick, President of the local PTAA and friend of the family, carrying Maura’s special certificate for her lifelong membership of the association.
Among the attendance were Cllr Fidelis Doherty, chair of Kilkenny County Council; Cllr Andrew McGuinness; Mayor of Kilkenny; Deputies John McGuinness and John Paul Phelan; Cllrs Tomás Breathnach, Joe Malone, Pat Fitzpatrick and Eddie Mulligan.
Ar dheis Dí ar a hanam.