Joe Slattery was greatly admired and respected across Kilkenny 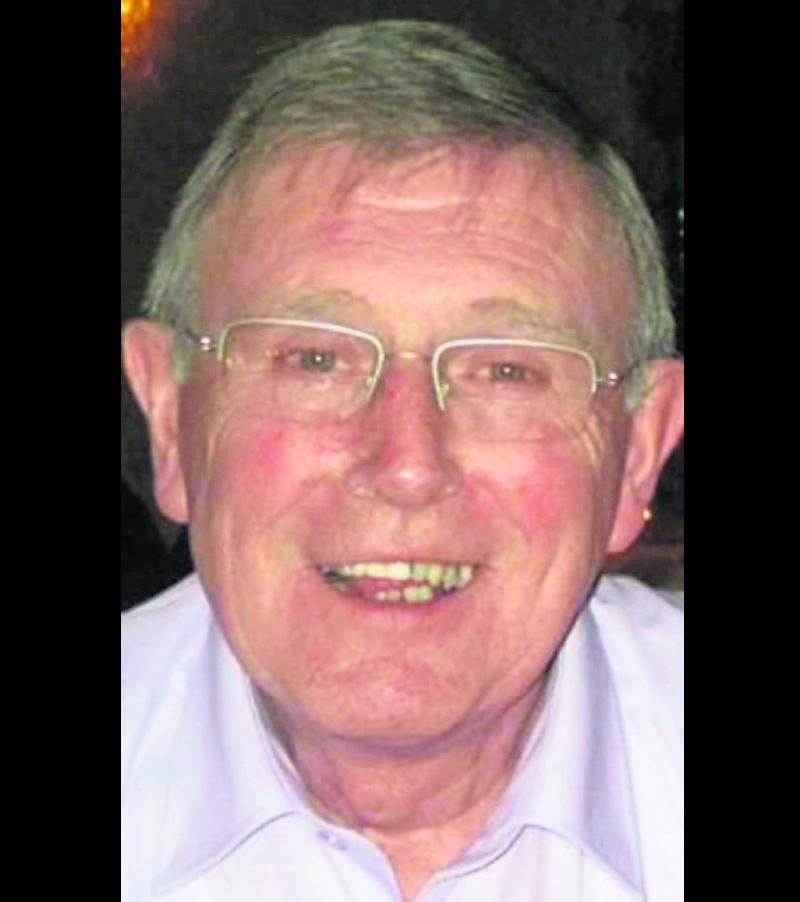 The death occurred of Joe Slattery on January 11 at St James’s Hospital. He was aged 77, young.

Most fortunately he had a full month at his home in Kilkenny with his beloved wife Breda and his children Michelle, Martin and his four grandchildren when he planned his obsequies in minute detail, his directions being that his farewell was to be one of marked simplicity in every respect without any homily.

Most fortunately, he ultimately agreed that Michelle would say a few brief words on behalf of the family. That she did so lovingly with the brevity as was commanded to her. Michelle indeed spoke for all of us.

Joe was a true gentleman and one so greatly admired and respected across the wide social divide of Kilkenny. Friends, brewery colleagues and mere acquaintances will speak of his exuberance, generosity of spirit and deep empathy with all human beings regardless of their status or position in life. His entire being was one of boundless openness for life and of life.

Joe was simplicity in itself; there was nothing complicated whatsoever in his nature or life. He was of the Peter Pan fraternity - quite simply he never grew old. In his own reserved manner, he was a deeply spiritual man, well versed in the Gospels and scriptures of his church. One would suspect that he had indeed a divine perspective of openness and wonderment, so beautifully evident in youth which he may have cherished in a completely different spiritual condition and context, that of Zen.
Joe joined the Smithwick St Francis’ Abbey Brewery in 1960 as a messenger boy in charge of all postal deliveries and despatch of internal memos throughout the Brewery. Unilaterally, he added to his remit in the lighting of the many anthracite coal fires in the executive offices during the winter months.

Joe rose through the ranks to become a supervisor in the Transport Checkers department. He joined the Brewery on the very same day as Noel Skehan, the legendary Kilkenny hurler who joined as a trainee mechanic. They were paid a princely sum of four pounds and 10 shillings per week.
His was the warmest and most genuine welcome to any new employee who joined the Brewery. They forever received his handshake and forever with the words, “if I can do anything for you, I’d be delighted to do so”.

It is thought that over the decades of his employment the numbers of joining the Brewery, both in direct employment and contracted employment, would be in the region of 1,500 people. In consequence he was universally respected by all of his colleagues including senior managers, directors and proprietors.

For four generations of the Smithwick family he was a very special and dear friend. We were privileged to have known Joe and to have remained in direct contact with him till the end of his life.
Joe took early retirement at the age of 53 to devote his time to his dear family. As an aside, for no reward whatsoever, he became a consultant advisor to his many retired and returning colleagues who required any advice or guidance on issues surrounding pension entitlements, pension schemes, medical cover and such alike. He would never accept any reward of any nature for his endeavours.
I so vividly recall an amusing incident in 1962 when my sister Judy and myself were in Dad’s boardroom office awaiting his arrival.

Peeping around the door the good Joe, seeing that we were alone, promptly entered the board room. He took dad’s chair, plonking his feet on the highly polished boardroom table and he proceeded to regal what he would do when he became Managing Director.

Dad returned earlier than expected and was in his adjoining secretary’s office, that of Mrs Kathleen Molloy, when he, to his great amusement, overhead the Slattery soliloquy. An adequately embarrassed Joe jumped to attention, but dad insisted that he remain in his chair and encouraged Joe to say as he wished. Joe ran out of the office as soon as his feet would take him.

Joe, like so many of his colleagues, were the real brand ambassadors on the ground whose contribution to the Smithwick and Kilkenny brands and name was both immense and immeasurable.
On retirement Joe was a founder member of the Smithwick 1710 walking club. Over the years he and his Brewery colleagues derived much pleasure in the walking tours throughout the country, most particularly on the islands of the Western coast of Ireland and the Macgillycuddy Reeks. It was appropriate that his tie, bearing the emblem Brewery 1710, was neatly folded on top of his coffin.
His obsequies were attended in the numbers so allowed by current regulation and legislation. St Kieran’s Cemetery saw a great multitude spread throughout the graveyard in social distance. The appreciations that flowed into the RIP website were simply enormous and thence in deserved respect of one so respected by all.

“Lives of the great remind us of our lives so sublime and in departing leave behind footprints in the sands of time” - Tennyson.
Joe leaves behind his indelible footprints of time. The Smithwick family were privileged to have known such a good human being.
- Paul Smithwick