Frank Mulligan, one of the last World War 2 bombers, has died in Kilkenny 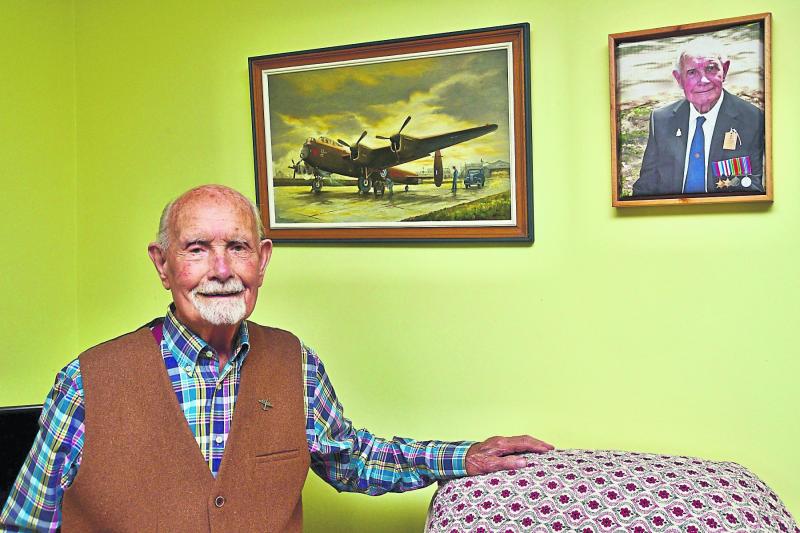 The death has been announced of Kilkenny resident Frank Mulligan who was one of the last surviving World War II Lancaster bombers.

In his 98th year, Frank passed away peacefully at St Luke's Hospital in Kilkenny.

Earlier this year Frank told the Kilkenny People about his time in the skies over Europe as a young man in the quest for peace.

Francis ‘Frank’ Mulligan enlisted in the Royal Air Force (RAF) at the age of 19. Opting to join the airforce due to his previous radio operator experience.

The future Flight Sergeant served from 1941 to ‘45 and completed a tour of operations with 625 Squadron.
Serving in Lancaster CF-E2 ‘Easy’, Frank’s squadron operated out of his home county of Lincolnshire and was tasked with bombing Germany 32 times.

After the war Frank, who is Irish by descent, met his future wife while visiting Enniskerry, Co Wicklow. The couple wed and decided to move to London. However, their love for Enniskerry brought them back and that is where they chose to raise their four children.
Frank worked in firms such as Aer Lingus, Thomas Cook and LEP Travel before establishing his own travel companies.

Reposing in Johnston's Funeral Home, Kilkenny on Sunday (17th Nov.) from 5pm concluding with prayers at 6pm. Funeral Mass on Monday at 11am in St. Mochonog's Church, Kilmacanogue. Interment afterwards in the adjoining cemetery. Family flowers only please. Donations, if desired, to the Friends of St. Luke's, Kilkenny.