Former US pro player to drive on basketball game here 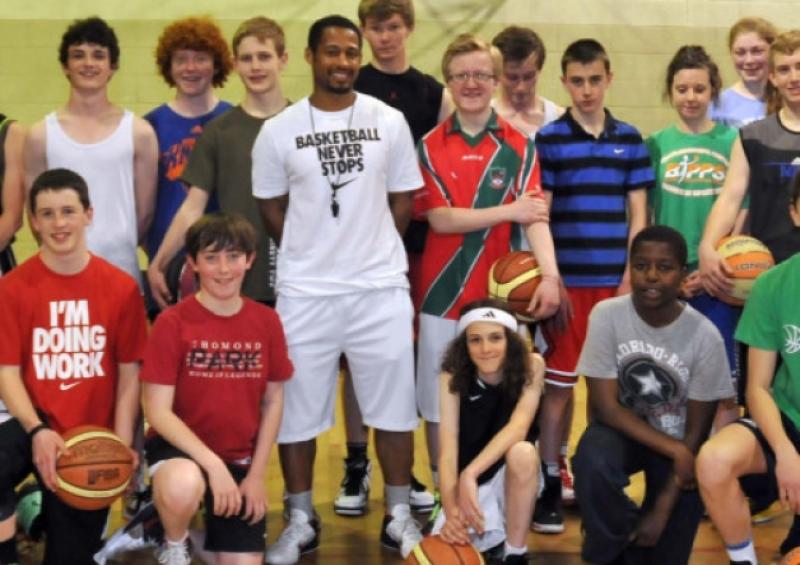 A PLAYER with experience of basketball in the top flight in America has taken on the challenge of promoting the game in the South East.

A PLAYER with experience of basketball in the top flight in America has taken on the challenge of promoting the game in the South East.

Puff Summers is committed to raising the profile of basketball in the South East. He feels there is a lot of talent in the area.

Puff Summers played NCAA Division 1 basketball with Davidson University in America. He graduated with a degree in Economics. Since then has played professionally in the US, England, Portugal, Australia, Spain and Italy.

He came to Ireland as a player in 2007, starting off with a strong Ballina team and playing with a number of clubs since, mainly Moycullen and Killester. Puff is married to Lynda, a secondary school teacher, and has a daughter called Kaitlyn. The family have been living in Kilkenny for almost two years.

Puff started is company Why Not Me? Hoops in 2010 with the aim of making his new home here in Ireland relevant in the basketball world. The common goal for all children who attend Puff’s training and coaching sessions is to improve every day. The focus on the fundamentals and skills.

In association with the Kilkenny and South East Area Board, Puff is running a session every two weeks in O’Loughlin Gaels for children who have an interest in improving their skills over the summer. This session has grown and grown since starting in February and the youngsters love it.

In addition to these sessions the Kilkenny and South East Area Board is excited about the Why Not Now? basketball camp that Puff and his American team mate are running in the Loreto secondary school from Monday, July 1 to Thursday, July 4. This is a good opportunity for youngsters to learn from quality American coaches. There is a charge, howeve