Gearing up for Thyestes - the race that truly stops a region 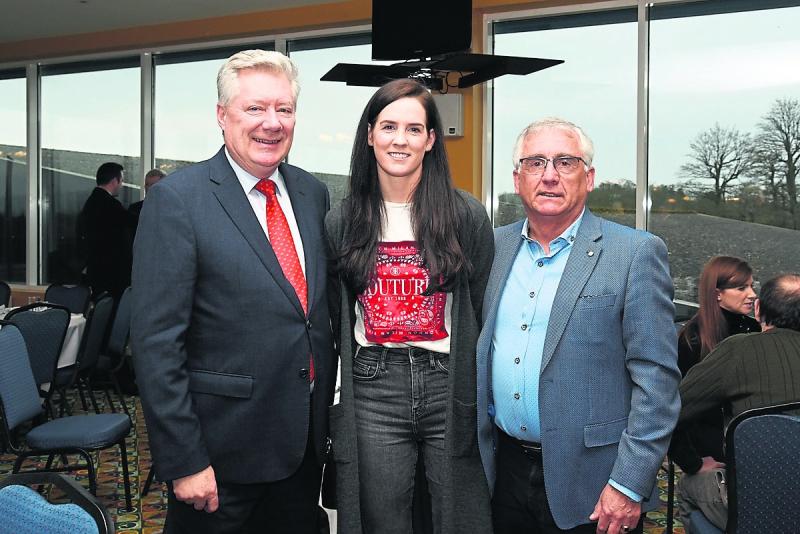 To Gowran Park for the launch of their 2020 programme, and what a programme it is.

A total of 17 meetings. New ground to be broken with an inaugural Friday evening meeting in June, the perfect way to start the weekend. Annual staples like Red Mills day and the Kilkenny hurlers’ day. And to kick it all off in style, next week’s Goffs Thyestes Chase – the race that, as the tagline has it, stops a county.

One chap at my table at the launch is from Enniscorthy; he’s a Gowran Park regular. The chap on the other side of me is from Carlow: another regular. Gowran Park isn’t just a Kilkenny venue. It’s a venue for the entire South East.

The Goffs Thyestes Chase isn’t what it used to be either. It’s bigger. It’s better. It’s more lucrative. It’s more important.
Once upon a time the event was regarded as a good trial for the Aintree Grand National.

In the past few years it’s become nothing less than a good trial for the Cheltenham Gold Cup.

As Willie Mullins puts it, “You need a class horse to win the race. Goes three miles, has stamina, can act on soft ground.”

He’s not just saying that. In recent years On His Own, Djakadam and Invitation Only all won the Thyestes for him and went on to Cheltenham with high hopes. Two of them very nearly won the Gold Cup.

The way things are going, a Goffs Thyestes winner of the future will conquer the Cotswolds sooner or later. Probably sooner.

Henry Beeby of Goffs talks about the way in which the company’s sponsorship of the Thyestes allows them to connect with the breeders.

Joe Connolly, in his 21st year as Gowran Park chairman, refers to the unseen work that goes on behind the scenes and announces that Red Mills, sponsors of the big February meeting, “are in growth mode”.

Then it’s onto the centrepiece of the afternoon, the panel discussion. Fittingly, two days after Nollaig na mBan, the cast is all-female: Mags Mullins, Jane Mangan, Lisa O’Neill and jockey of the moment Rachael Blackmore, fresh from her Leopardstown successes over Christmas.

The latter mentions the difference between riding an outsider to victory at Cheltenham and riding a well backed winner there.

Last year she triumphed on Minella Indo at 50/1 and A Plus Tard at 5/1. For the former “there were polite claps. For the latter, “they were delighted!”

Jane Mangan, meanwhile, has been making a name for herself on RTE’s racing coverage. It’s easy to see why. Like Ted Walsh she can turn a neat phrase.

On Envoi Allen, Irish racing’s rising star: “He’s what it would be if I described my perfect horse to a sculptor or a dream maker.”

On the key to success as a jockey: “You’re only as good as the horse you’re riding. I think I’d drive faster than Lewis Hamilton in a Fiesta.”

Ms Mangan is a rising star herself and I look forward to seeing much more of her on the telly.

Afterwards I do some pressing of the flesh. My good friend Michael O’Leary from local radio, ace match commentator, is present, as is Josie Teehan, that great Graigue-Ballycallan woman and mother of the Truffle Fairy.

Tom Carroll, a man with a long connection to Gowran Park, bemoans the lightness of the modern sliotar. John Kilroy enquires after my health.

Goodness me, I’m beginning to turn into Siobhan Donohoe…

Also here – naturally; it wouldn’t be held without her – is Maureen Mullins, who scarcely needs an introduction. How long has this remarkable lady been making the pilgrimage to Cheltenham?

She starts to think and counts backwards from her age. Obviously I am much too much of a gentleman to reveal the latter, so let’s just say that Maureen has been a regular at the Cotswolds in March for a long time.

And she’ll be chalking up another visit shortly.

So there you have it. My takeaway from the day? The desire and determination of everyone at Gowran Park to keep upping their game.

As ever, it’s the little things that speak the loudest. The courtesy buses from the Parade to the track on Goffs Thyestes day (Thursday 23rd), starting at 10.45am.

The new tree plantation, which course manager Eddie Scally says chimes with “the feel we want for Gowran Park – forestry is very important to us”. The general sense of onwards and upwards.