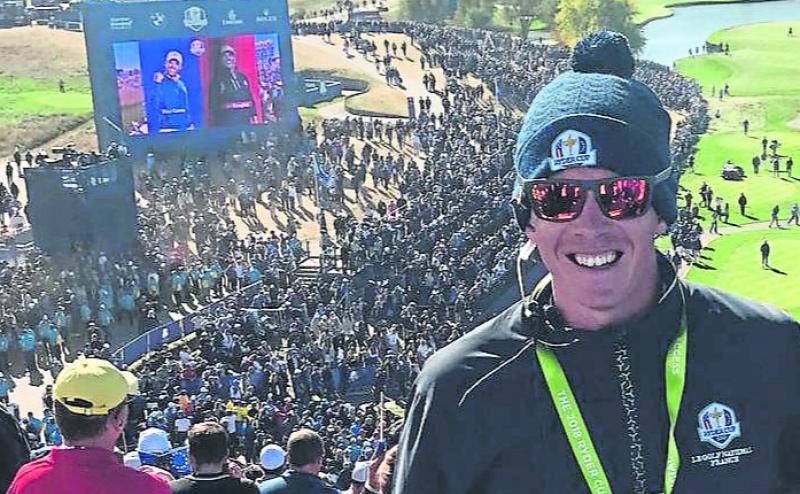 Darrell O’Hora is responsible for the management and delivery of several high profiled European Tour events.

He is the Assistant Operations Director of PGA European Tour.

Darrell is overseeing all aspects of the upcoming Dubai Duty Free Irish Open in Mount Juliet Estate (May 28 to 31).

Darrell has been involved in the European Cup since 2012 and worked on the Dubai Duty Free Irish Open for the past 10 years, amongst Ryder Cups.

He recalled his first site visit to Mount Juliet Estate last July when the organisers started assessing the Estate as the potential host.

“Almost a year’s work goes into the planning phrase of the event and we are very much in thick of it right now, with all concentration on the Dubai Duty Free Irish Open and Kilkenny and the local area,” he explained.

“You don’t get a buzz anywhere else on the golf circuit around the world, like the gates opening for the Dubai Duty Free Irish Open.”

The Mount Juliet Estate ticked lots of boxes for the staging of the event, and now the Open is heading back to Kilkenny after a 25 year break.

Darren is viewing everything with a fresh pair of eyes this time round and he highlighted the infrastructure, the nature of the road networks and the nearby motorway as big plus points.

“Kilkenny itself is developing its tourism side of things, with the continuous influx of tourists and the work that is being done in local areas,” he pointed out.

“The Cat Laughs Comedy Festival is on that week, which is going to be a real bonus to bringing a festival feel to the Dubai Duty Free Irish Open.

He added: “The course itself has matured beautifully. The trees that were scrubs back at the last Dubai Duty Free Irish Open in Mount Juliet now look stunning on the golf course.

“The whole place has matured and it is going to look absolutely stunning on TV.”

The pictures from the Dubai Duty Free Irish Open will be beamed right across the globe, including to the Far East and America, and the biggest international audience ever is expected to tune in.

The Open action and Mount Juliet will feature on every television screen in every golf club across the world.

The Dubai Duty Free Irish Open has a unique draw.

Golf is a world game, and the Open has a special place in the hearts of followers, mainly as Ireland and Scotland are viewed by many as the home of golf.

Millions of viewers will tune in to the TV action, while over 80,000 spectators are expected to flock to the course over the four days of golf.

The achievements of Irish golfers, like the commanding victory of Shane Lowry from Offaly in the British Open last year, keep the Irish flag flying high and the country and its players have a high profile in the world game.

Between May 28 and 31, Mount Juliet will be the Mecca of golf in Ireland and far beyond.

There are Irish heroes aplenty.

O’Hora pointed out that the likes of Padraig Harrington and Paul McGinley have a huge draw among one generation, while Shane Lowry and Rory McIlroy reach out to and connect with a different generation.

With things very much in the planning stages right now, who exactly will be coming to town to play is unknown.

The players have to work within a tight and complex schedule, but early signs of interest would suggest the Open field will be crammed with star names.

Shane Lowry has already been confirmed as a starter!

The organisers will arrive on site around April 6 to commence the huge operation of getting ready for the big tee-off.

It will take weeks to erect the over 5,500 square metres of marquees that will be part of the tented village at the Open.

Expect hospitality structures, restaurants, grand stands, bars, big screens as well as fun and surprises out on the golf course, which the organisers hope will added to the enjoyment for spectators.

Darrell reckoned the game of golf was changing.

“It is now a family day out,” he felt. “There will be a Celebrity Pro-Am on Wednesday, May 27, in which some well-known individuals will be teeing it off.

“We’ll have an interactive hurling and golf zone, as well as golf lessons in the teaching academy.

“There will be live music on the Friday, Saturday and Sunday evenings, so some people might want to leave the car at home and use the public transport available.

“There will be something for everyone,” he assured.

Darrell has tackled his fair share of challenges over the years.

For the tournament last year in Lahinch, the roads network was a challenge.

“We closed the roads to the Cliffs of Moher, and we worked with Clare County Council to close the main street of Lahinch,” he explained.

“I think it will go down in history as probably the biggest party in that part of Clare! It was like an All-Ireland final on the main street.”

You have been warned!

Tickets can be booked for the Dubai Duty Free Irish Open at 'dubaidutyfreeirishopen.com'. 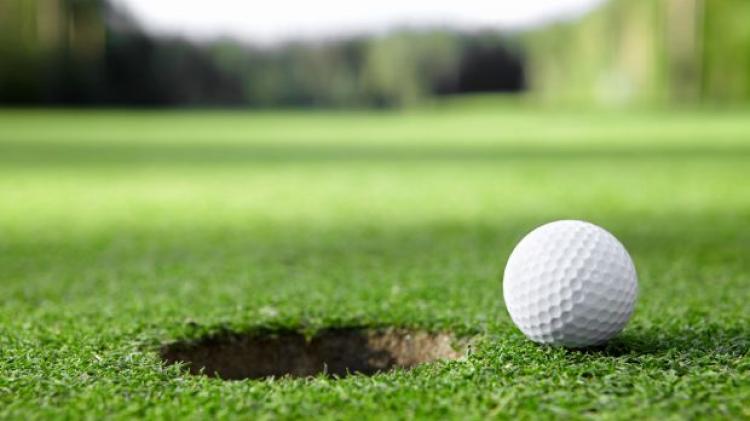